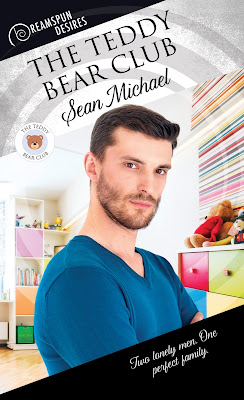 Aiden Lake adopted his institutionalized sister’s two daughters, and he’s a good dad. He works nights on websites and gets in his adult time twice a week at the Roasty Bean, where he meets with other single gay parents.

Devon Smithson wants to be a good dad now that his sixteen-year-old sister asked him to babysit her newborn… three months ago. But he’s overwhelmed with the colicky baby. An invitation to the daddy-and-kid gatherings at the café is a godsend. The pot is sweetened when his friendship with Aiden develops into more—maybe even something that can last.

But the mother who kicked Dev out for being gay wants to get her claws into the baby, and she doesn’t care if she tears Dev, Aiden, and everything they’re building apart in the process.

Thank you very much to My Fiction Nook for hosting me today.

One of my favorite summer foods is corn on the cob roasted on the grill. I love it with just some butter and salt, a little bit of pepper. But it’s also fun to make compound butters for it. One of my favorites is chimichurri butter. I’ve shared the recipe below.

Between the men from The Teddy Bear Club, Devon would be the one to look at the recipe and decide it’s too complicated, regular butter will be fine. Aiden on the other hand would decide it was totally doable, and would make it.


Place the vinegar, lemon juice, parsley, oregano, garlic and red pepper flakes in a food processor and pulse until finely chopped. Transfer the mixture to a piece of cheesecloth or a kitchen towel and wring out the excess liquid. Place the mixture in a small bowl and stir in the butter.

I originally discovered this recipe at The Food Network website

Sean Michael on the web: