Welcome to our third week of celebrations for the fabulous

In today's post, we'll look at the Change Of Heart series, and a personal story Mary has chosen to share. There's also another chance to win one of her books!

First up, Change Of Heart 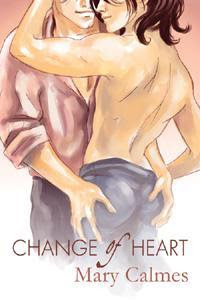 As a young gay man—and a werepanther—all Jin Rayne yearns for is a normal life. Having fled his past, he wants nothing more than to start over, but Jin’s old life doesn’t want to let him go. When his travels bring him to a new city, he crosses paths with the leader of the local were-tribe.

Logan Church is a shock and an enigma, and Jin fears that Logan is both the mate he fears and the love of his life. Jin doesn't want to go back to the old ways, and mating would irrevocably tie him to them. But Jin is the mate Logan needs at his side to help him lead his tribe, and he won't give Jin up so easily. It will take time and trust for Jin to discover the joy in belonging to Logan and how to love without restraint.

Once we were driving away, I warned Logan that we had a lot to talk about when we got home, so I hoped he had no other plans.
“Talk about what?” he complained. “We talked last night.”
He had no idea about anything. Ours would be a very tricky blending of lifestyles and priorities, and there was his new tribe and everything else to consider. It was going to be a mess.
“I love you,” I sighed, unable to keep the smile from my face, leaning back and looking at him through heavy-lidded eyes. “I really do.”
“I know,” he grunted, very pleased with himself. “You can’t live without me. I’m like cheese.”
It took a second to process his comment. “I’m sorry, cheese?”
“Sure. Air’s overrated. Try living without cheese.”


The man was insane, which, it turned out, was just perfect for me.

Second in the series, Trusted Bond 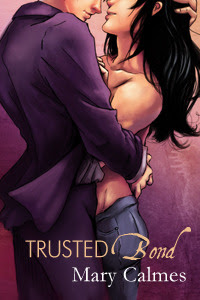 Jin Rayne is having trouble adjusting to the new life he’s supposed to love. Instead of adapting to being the mate of tribe leader Logan Church, Jin can't get past the fact that his lover was straight before they met. He's discovered the joy in belonging to Logan but fears his new life could disappear at a moment’s notice, despite Logan's insistence that they are forever, end of story.

Jin wants to trust Logan, but that desire will be put to the test both by a rival tribe leader and by a startling revelation about Jin's existence. At stake is Jin's life and his place in the tribe. If he's going to survive to see Logan again, he'll have to release his fear and freely accept the bond, for only then can he truly trust. 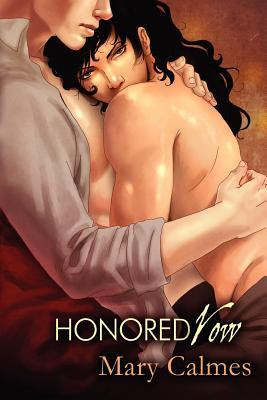 Jin Rayne is still growing into his frightening new powers as a nekhene cat and his place as reah of Logan Church’s tribe when he learns that a sepat, an honor challenge, has been called. Logan, who has never wanted to do anything but lead his small-town tribe, must travel around the world to Mongolia and fight to become the most powerful leader in the werepanther world.

Logan won’t be the only one making the journey. As his mate, Jin must fight with him to honor his commitment to Logan, his culture, and his tribe. But the trial is long, involving a prolonged separation between the two men, and Logan’s humanity is at stake. In order to make it through the nightmarish sepat, Jin and Logan must accept their fates, trust each other, and honor the vows between them no matter the cost.

Fourth in the series, Crucible Of Fate 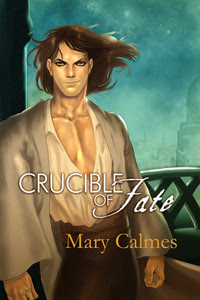 In the secret city of Sobek, Domin Thorne is making his way as the newly chosen semel-aten, the leader of the werepanther world. He aspires to make sweeping changes—he’s set goals for himself and the people he chose to bring with him, modeling his reign after that of his friend, Logan Church. But Domin may have set too lofty a goal: his normal leadership style isn’t working.

While juggling a homesick Crane, a moody Mikhail, a bullwhip-wielding Taj, servants with murderous intentions, a visiting ex, and a mate on a dangerous goodwill mission, Domin has to figure out his new role alone. He also must determine how to deal with a conspiracy, all the while falling hard for a man who, for the first time in Domin’s life, reciprocates that love. Whether Domin is ready or not, Fate has stepped in to teach him a lesson: internal threats are just as dangerous as external ones.

And the final book of the series, Forging The Future 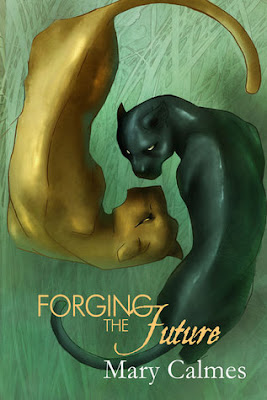 Jin Church is back where he started, alone, wandering, and uncertain of his path. It’s not by choice but by circumstance, as he remembers he’s a werepanther… but not much else. He knows one thing for sure—he needs to find the beautiful blond man who haunts his dreams.

Logan Church is trapped in a living hell. His mate is missing, his tribe is falling apart, and he’s estranged from the son he loves with all his heart. His world is unraveling without his mate by his side, and he has no one to blame but himself.

If Jin can regain his memory and Logan can overcome the threats to his leadership, then perhaps they can resume their lives. The question is: Is that what they want? Back to the same house, the same tribe, the same troubles? They can choose from various roads leading to their future… or they can forge their own path.


A sharp inhale. “I love you, Jin, and not because you’re mine or because you’re my reah, but because you have my heart. Always.”
“Yes,” I murmured, lifting to kiss the corner of his mouth and suck his bottom lip between mine before taking another delicate nibble. “And I will have you and claim what has always been and will always be mine.”


“As will I,” he promised darkly, and a flush of heat ran through me.

I was looking at the canceled shows and renewed shows list a couple weeks ago and saw, as usual, that Supernatural had been renewed and thought a moment about how long not only I have been watching the show, but also my kids. Since they were old enough to watch Sesame Street, Dora, Blue's Clues, we also watched Buffy, Angel and when it came out, Supernatural.

For the entire run of the show, my kids and I have been faithfully watching it, never behind more than one episode, (because when I'm out of town for conventions they have to wait for me to get home), and I realize that it's shaped them in interesting ways. When the lights flicker in my house it's never because of a short, it's ghosts. If the dogs are looking at something they can't see it's never because it's something the dogs are hearing or smelling, it's always that they see demons and there is always a concern about how much salt we have in the house just in case one would need to make circles on the floor with it.

Once when we were in Safeway, I was in front of the cart putting items on the belt and my son was beside me, straightening, as is his way, and my daughter was behind the cart, feet up, arms crossed on the handle, talking to him. I wasn't paying attention until I realized the cashier was frozen, as was the bagger, and the woman  standing behind my girl looked horrified.

"No," my son was telling her, "you have to have a tattoo to keep the demons out, an amulet won't work. What if it falls off and then you get possessed?"

"I guess. I don't wanna be a meat puppet and somebody have to stab me or have an exorcism. It looks painful."

"Yeah but maybe you live if you don't get stabbed with Ruby's knife."

"Did we get rock salt, I wanna see if that'll go in my gun."

It's horrifying to have other people judge your parenting skills and perhaps having a three year old and five year old watch Supernatural, in hindsight, was not the best idea ever but the upside is that as I give my daughter warnings about the real world now, when I say things like never walk alone at night, never go anywhere with someone who isn't a friend, or any of the things that mothers say, she always looks at me like I'm nuts and says, "of course not, they could be a demon."

The creature/monster changes based on whatever the latest thing is that Sam and Dean have vanquished, but  at least I know, thanks to the Winchesters, that my kids are watchful, and vigilant, about places and people they don't know. I will have to tell my husband that TV does in fact have real world benefits.

Whenever the lights flicker in my house, and the three of us go, uh-oh, he still groans.

Mary Calmes believes in romance, happily ever afters, and the faith it takes for her characters to get there. She bleeds coffee, thinks chocolate should be its own food group, and currently lives in Kentucky with a five-pound furry ninja that protects her from baby birds, spiders and the neighbor’s dogs. To stay up to date on her ponderings and pandemonium (as well as the adventures of the ninja) check out her website, follow her on Twitter, connect with her on Facebook, and subscribe to her Mary’s Mob newsletter.


Thanks for celebrating with us. Come back next week for our Grand Finale, with more about Mary's books, our Q&A, and one more chance to win.