Author Of The Month - Mary Calmes - Week One

For our first post, we're going to take a look at the Mangrove Stories, plus Mary's favorite things. All the way at the bottom is a chance to win one of her books! 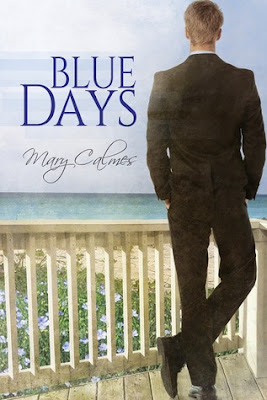 Falling for a coworker is rarely a good idea, especially for a man getting a last chance at salvaging his career. But from the moment Dwyer Knolls sees the beautiful but socially awkward Takeo Hiroyuki, he seems destined to make bad decisions.

Takeo’s life is a string of failed attempts to please his traditional Japanese father. Unfortunately, succeeding in business turns out to be just as difficult for Takeo as changing from gay to straight. In fact, the only thing Takeo seems to truly excel at is taking notice of Dwyer Knolls.

When Dwyer and Takeo head to Mangrove, Florida on a real estate buying trip, their tentative friendship combusts and becomes much more. Is their sudden connection real enough to bank their futures on, or should they chalk the whole thing up to the daze inspired by the blue ocean breeze?

I looked down at him, and he lifted his arms to me, waiting.
“Come back.”
I returned to his embrace, laying my head over his heart. “I think of you before myself. I worry about your feelings and how something will affect you.”
“I know.”
“I never do that, or never did, before you.”
He nodded.
“This has always been important to me. Us.”
“I am aware,” he whispered.
“I want my friends to like you and see the other side of the situation, to see the other side of you.”
“It will not be easy. I am difficult to like.”
“No, you’re not; it’s just that no one has taken the time to really know you.”
“Except you.”

Second in the series, Quiet Nights 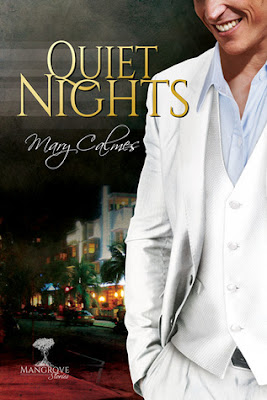 It’s a lovely little life Kelly Seaton leads. He’s got his own landscaping business, a nice little house, and his best friend, Cosimo Renaldi, and Coz’s goofball family who have adopted Kelly as their own. Sure, it’s a little lonely at night, but it’s a sweet deal, and Kelly can’t chance ruining it by letting on that he wants more—has always wanted more—with Coz.

Then Kelly’s past comes to town, bringing bad memories and hurt feelings that start to break Kelly down, and Coz just doesn’t understand why Kelly won’t let him be the support and strength that Kelly’s always been for him. They’ve already been through war, Coz’s devastating injury, and starting new careers in Mangrove, Florida. Why shouldn’t they face their chaotic pasts and build their future of quiet nights… together?

Third in the series, Sultry Sunset 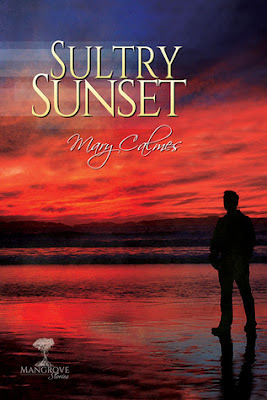 Hutch Crowley is well-liked in the small resort town of Mangrove—he’s got friends in his new neighbors, he’s the owner of the town grocery, and he’s building a community center—but he’s still unlucky at love. Every man he’s attracted to is either taken or simply not interested, including his best friend, Mike Rojas.

When Mike came to Mangrove two years ago, Hutch gave him a job and a place to stay in his guesthouse, where Mike has remained ever since. Despite the rumors circulating about them, Hutch knows Mike is straight and looking for the right woman. But his friends disagree, and after some hints to the contrary, even Hutch finally has to admit that maybe the rest of the town sees something he’s been missing. If Hutch wants to spend each sultry sunset with the man of his dreams, it might be time to figure out what’s going on with his best friend’s heart. 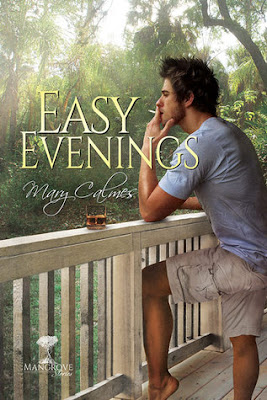 Lazlo Maguire doesn’t do relationships—he does transactions. Six months of the year, he’s an expensive rent boy in Manhattan, and he moves so fast that settling down could not, would not, ever enter his mind… except for once. Britton Lassiter he meets man to man, not as hustler and mark, and it’s too good to be true when the lawyer wants to keep Lazlo even if he has to share him with the job.

But Lazlo has his reasons to walk away from the man he’s grown to love. The other six months of the year, he is laid-back Laz, a shopkeeper in the sleepy coastal town of Mangrove, Florida, where the artist he never allows himself to be in the Big Apple shines through. He lives for his time by the ocean, the place he hides his secrets and nurses his broken heart.

Then fate intervenes, and Laz gets the surprise of his life when he spies Britton in Mangrove—but it’s not meant to be… not until Britton sees the change in him and wants to be a part of Laz’s new life so that every evening can be easy… together. Hopefully the secrets that tore them apart won’t come back to haunt them.

And fifth, so far, Sleeping 'til Sunrise 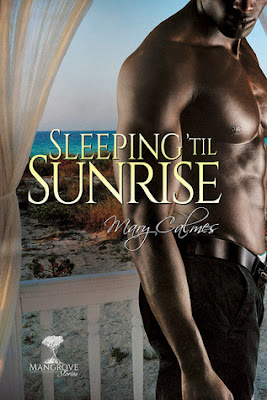 Everyone in Mangrove, Florida, knows Fire Chief Essien Dodd is a saint. He took care of his ex-wife until she died, is raising his teenage daughter alone, and is the kind of man who pulls kittens from trees. All in all, the man’s a catch. But Roark Hammond has sworn off getting involved with a man who’s been hurt before because he can’t guarantee he won’t hurt his prospective love again. If only he could get Essien out of his mind long enough to focus on anyone, or anything, else.

Strong emotions are in play. Essien is lonely but determined to focus on Ivy; Ivy wants her father to have a new life so much that, to his horror, she’s trying to find him a man; and Roark is so scared of the present and past, he won’t allow himself to commit. To have any chance of sleeping ’til sunrise and greeting each new day together, Essien and Roark will have to rethink how they’re living their lives and focus on what’s most important.


And the truth hit me. We were having our first, and hopefully last, misunderstanding.
He thought we’d already begun.
I was checking to make sure he wanted to.
Neither of us was aware of what was happening in the other person’s head.
But clearly, as evidenced by the hitches in his breath as he waited for me to answer, he was already in the relationship. He was already there. I was the one who hadn’t heard the ready-set-go and was waiting for some definitive word or gesture from him.
For him, allowing me close, at all, was the “Okay, I’m in this moment.” He felt like he’d already said yes to me, which was why he was worried now. He wasn’t sure whether we were on the same page, and there I was, waiting for a sign he’d already given me the night I drove him home. The whole letting me in was him beginning.
Christ.
Sometimes I missed what was right in front of my face.
“Yeah,” I said quickly, growling at him. “So why the hell would you leave without saying anything to me?”
“I—it was too soon to ask you to go with me,” he rushed out, and I heard both relief and longing in his voice.
“That’s what you thought?”
Nothing.
“Roark?”
He coughed. “Yeah.”
“Well, it wasn’t.”
“No?” he husked.

Mary Calmes believes in romance, happily ever afters, and the faith it takes for her characters to get there. She bleeds coffee, thinks chocolate should be its own food group, and currently lives in Kentucky with a five-pound furry ninja that protects her from baby birds, spiders and the neighbor’s dogs. To stay up to date on her ponderings and pandemonium (as well as the adventures of the ninja) follow her on Twitter @MaryCalmes, connect with her on Facebook, and subscribe to her Mary’s Mob newsletter.

Find out more about Mary and the books she's written on her website.


Thank you for celebrating with us. Come back next week for more of Mary's books and five little-known facts about Mary. There'll also be another chance to win!