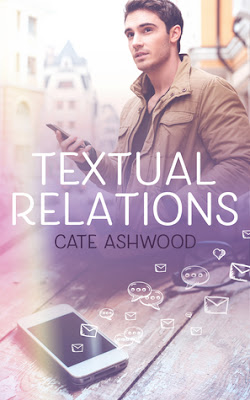 Evolutionary psychology professor Henry Hathaway is ready to spend his birthday the same way he does every year: a good teeth cleaning followed by lunch with his brother. But when he receives a wrong-number text confirming the details of a date, he does what any considerate person would—he goes to meet them and explain why they've been stood up.

Asher Wescott hadn't expected his blind date to go well, because when do they ever? Henry shows up instead, and things are suddenly looking up. Socially awkward and attached to his routines, Henry is nevertheless one of the most charming and kind men Asher has met in a long time.

Too bad he's not Henry's type.

An accidental date, an impulsive kiss, and a few conflicted feelings later, can Asher get Henry to see the world—and him—in a different light?

During the first third of the book, Henry, the first-person narrator of the story, seems dull as dirt and lacks basic self-awareness, despite being a psychology professor.

But that changes with The Kiss.

After that, I found Henry awkward but endearing. He likes his routines and lives a structured life. When he meets Ash on an accidental blind date of sorts, he expects Ash to be a woman, but Ash is Asher, all man.

Asher likes novelty and spontaneity. He's charming and fun, and for some reason he wants Henry.

This is where it gets tricky.


Because we never get Asher's POV, I didn't really understand WHY he was so set on dating Henry, particularly since Henry initially ignores his calls and is nervous to try new things (although he becomes more adventurous as the story progresses).

Henry talking in "professor speak" and doing hours of research on sexuality was freaking adorable. I'm in academia and a total research geek, so I found this realistic.

There's plenty of steam here, and we see Henry become more willing to take risks, including outing himself to his brother.

However, because the story is short, it lacks depth and true relationship & character development. Fortunately, the epilogue provides closure for the MCs.

I enjoyed Textual Relations. It's not one of Ashwood's best, but it's still a cute, sexy read.