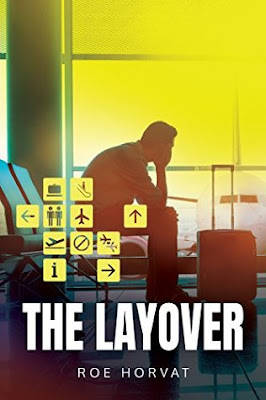 Eight years ago, Ondro Smrek fled Slovakia and the bigotry that drove his first lover to take his own life. The demons proved impossible to outrun, though, and now, desperate for somewhere to belong, Ondro is returning to start over. During a layover in Basel, Switzerland, he meets Jamie, an American living in Scotland who is as brilliant as he is beautiful.

Jaded Ondro never would have guessed he could fall in love during a brief layover—until now. When he is put in a position to offer Jamie comfort without hope of recompense, Ondro doesn’t hesitate. Soon, he catches a glimpse of the home he longs for. But with their separation looming, confessing his feelings would only lead to pain and humiliation. Life has taught Ondro not to hope, but then, he never believed in love at first sight either.

When my parents packed up their lives and immigrated to the States from Poland in the 80s, they did so for religious and political reasons. They had no way of knowing that my little brother, then barely a toddler, was gay.

We are not idealists; we do not romanticize America. But despite living in a very conservative state, we know that my brother had a better chance at being his true self here than he would have in Poland. Poland's constitution is one of only seven in the EU to ban gay marriage. Slovakia's is another.

This book spoke to me on so many levels. I could feel Ondro's despair: the way he simultaneously yearned for and was repelled by his homeland, the way his loneliness had become a breathing thing threatening to choke him.

Despite his intense stare and lack of social niceties, Ondro is a good man. And when he meets the beautiful American expat Jamie at the airport, he can't walk away.


The Layover is not a long story, but it doesn't need to be.

Ondro's voice, much like Horvat's writing, is authentic and real. We see his internal struggle, his need for human connection. The scene when Ondro sees his mother after years apart was a powerful depiction of a stubborn, proud woman who would rather embrace shame and live as a martyr than accept her son.

How many boys have to end up like Peter for people to wake the fuck up and love their sons and daughters more than a god who hates and hurts?

I shed many tears while reading this book. How could I not? But this story isn't about hate; it's about taking a chance, believing in fate, and leaping in head first. Love can break open a cynical heart, one fissure at a time.

"You want to try?" I repeated dumbly.

My first instinct was to reassure him, to protect him. To give him whatever he wanted ... Could I say yes? I had to ... There was no choice. I'd go anywhere he asked.

An ARC of this book was provided by the publisher in exchange for an honest review. Download links are provided as a courtesy and do not constitute an endorsement of or affiliation with the book, author, publisher, or website listed.
Posted by Dani(ela) at 12:00 PM