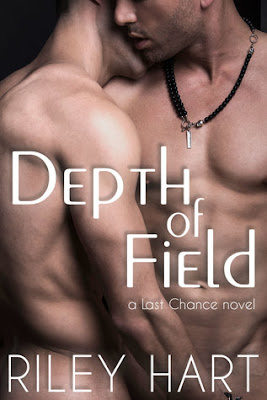 Shane Wallace has made a decent life for himself in Last Chance. He built his own home on his mom’s property to take care of her, owns an automotive repair shop, and when he wants to get laid, Portland isn’t too far away. Not too shabby for the boy who spent his childhood getting bullied and feeling alone. Shane’s content to leave his past behind him...until one of his childhood tormentors comes back to town.

Shane never thought he’d have anything in common with Maxwell, but there’s a depth to Van that surprises him. Van knows what it feels like to be alone. He sees Shane in ways no one else does. There’s a shared connection neither can deny. Somehow, despite their rocky history, they get each other.

It’s not long before the two are so drawn to each other that they tumble into bed—sometimes with Van’s camera involved. Their chemistry in and out of the bedroom is undeniable. Except nothing is ever black and white. Shane can’t leave his mom and Van’s life is in LA. With two different lives pulling them in opposite directions, their picture-perfect ending might not be in the cards.

Depth of Field is Riley Hart's sexiest book to date, and you're not gonna hear me complain.

Shane and Van have incredible chemistry, and even though there was plenty of the down and dirty going on, the sex never felt gratuitous. Even though I like steamy books, if I can summarize the plot as sex blah blah blah sex blah blah sex, that's a problem.

Depth of Field is relationship driven, not sex driven. The sexual tension is there, but Shane and Van have a lot of guilt and resentment to overcome.

Van, then know as Maxwell, bullied Shane when they were kids. Shane was a loner, taking care of his mentally ill mother, and Maxwell and his cronies made his life a living hell. What Shane didn't know, what no one knew, is that Max was being tormented and abused at home by his powerful father.

A few days after turning 18, Max left home and became Van: a homoerotic artist/photographer, an out and proud gay man, a kind person. Van left Maxwell behind, but he's never forgotten Shane. He feels terrible shame at how he treated Shane, how he did to Shane exactly what his father did to him.

More than a decade later, Van returns to the small Oregon town where he grew up and tries to make amends with Shane, who is now a successful, confident mechanic with his own shop.

Initially, Shane wants nothing to do with Van, but as he realizes what Van went through, his defenses crumble. I think the forgiveness was perhaps too easily earned. Shane is so angry at Van, and he lets Van know it, but then there's this sudden plunge into a friends with benefits situation.

I was mostly okay with this, though. Van had no expectations of Shane; he was just so damn sorry. And the men have so much in common: a wicked sense of humor, a love of art, and a blazing attraction.

Shane discovers that he has a mild voyeuristic streak when Van asks to photograph him in the nude. The scenes where Van looks at Shane through a lens, and Shane allows himself to just let go, are incredibly sensual and gorgeous.

Remarkably, despite the potential for drama (Van's mother refuses to acknowledge that his father abused him; Shane's mom has severe depression, anxiety, and agoraphobia), this book focuses on possibilities and hope.

Van lives in L.A. That's where his life is, but he wants to give the long-distance relationship a shot. Shane is scared and looks for an excuse to break off the relationship before Van can beat him to it.

Riley Hart's modus operandi is creating a sudden, typically not mutual, break-up and separation between her MCs toward the end of a book. Sometimes this feels like manufactured angst, but I didn't think that was the case here. Shane was so used to people leaving, he didn't trust that Van wouldn't.

The ending is lovely. The MCs are totally in love and hot for each other. It made me feel all warm and fuzzy inside.

I loved this story and cannot wait for book 2!

My personality is 85% the last book I read.