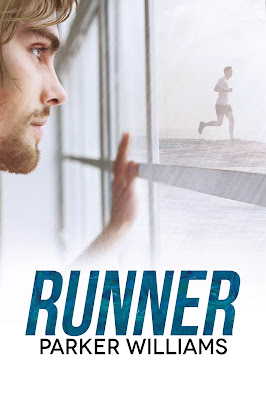 Matt Bowers’s life ended at sixteen, when a vicious betrayal by someone who he should have been able to trust left him a shell of himself, fighting OCD and PTSD, living in constant fear and always running. When he buys a remote tract of land, he thinks he’s found the perfect place to hide from the world and attempt to establish some peace. For ten years he believes he’s found a measure of comfort, until the day a stranger begins to run on Matt’s road.

He returns every day, an unwelcome intrusion into Matt’s carefully structured life. Matt appeals to the local sheriff, who cannot help him since the jogger is doing nothing wrong. Gradually, after tentatively breaking the ice, Matt begins to accept the man’s presence—

But when the runner doesn’t show up one day, it throws Matt’s world into chaos and he must make the hardest decision of his life.

There were 376 steps from one end of my property to the other. Not that I’d walked them, mind you, but I counted them as the man who jogged past every day, rain or shine, made his way down the road. I’d begun to accept his presence in my world, but it didn’t start out that way. At first I found him to be a terrifying intrusion. I hated people anywhere near my house. I’d moved to the outskirts of my hometown of Fall Harbor, Maine, for just that reason. After what happened, I needed to be alone. And now this guy seemed intent on destroying my peace.
My place wasn’t on the beaten path. Hell, if truth be told, you had to actively come out this way to nd it, because it took almost thirty minutes by car to reach the town square twenty miles away. I valued my privacy, and I paid a great deal to ensure I kept it.
Then he came along.

The first several days after I spotted him, I cowered in my home, because seeing him so close disturbed me. It had been better than a month since the last time I’d seen someone on my road, which really went nowhere. After you made the turn down the way, it became a dead end that forced you to turn around and come back the same path. Which meant I saw him twice a day. And twice a day I went into a near meltdown. Because of him, gone were the days I saw no one, interacted with not a single soul. I had it arranged so my lawyer took care of any bills, I grew most of my own food, and what I couldn’t grow was delivered to the edge of my lot, where, after much inspection, it could be brought into the house, sorted, and put away in its proper place. All that changed the day he huffed past my house and turned my world upside down. He couldn’t be more than thirty, with brown hair that came down to his collar and slapped him in the face when it dripped with sweat as he ran. His toned body seemed to be acres of golden skin, dusted with a light coating of soft brown fur. Yes, I looked. In fact, I studied him in detail, this threat to my sanity. It seemed as though his existence altered the feng shui of the place.
Not that I believed in that, of course. But everything had to be just so, and any deviation left me out of sorts. I knew the deer that crossed my land every day, stopping to nibble on the tender shoots in the spring, then huddled against the cold in the deepest of winter. There had been a family of lark sparrows nesting in one of my trees every year since I’d gotten here, and I woke to their song in the morning. The black and bright yellow sun flowers I planted every eighteen inches in front of the house bloomed together, a product of water and sunshine. It all had to be just so.
Then he came along.

Parker Williams believes that true love exists, but it always comes with a price. No happily ever after can ever be had without work, sweat, and tears that come with melding lives together.

Living in Milwaukee, Wisconsin with his husband of a quarter century, Parker continues to believe and writes stories where there is (almost) always a happy ending.

Connect with Parker on: 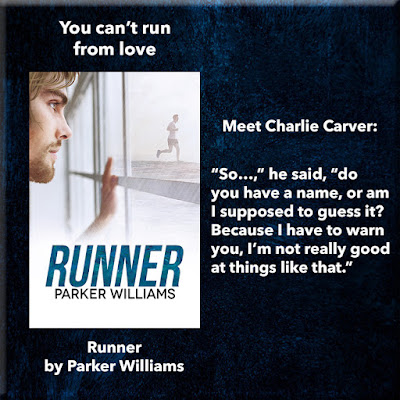