Blogtour: Get A Grip by L.A. Witt


Welcome to the Riptide Publishing/L. A. Witt blog tour for Get a Grip, the latest Bluewater Bay story!

Every comment on this blog tour enters you in a drawing for a choice of two eBooks off my backlist (excluding Get a Grip) and a $10 Riptide Publishing store credit. Entries close at midnight, Eastern time, on July 29th, and winners will be announced on July 30th.  Contest is NOT restricted to U.S. entries. 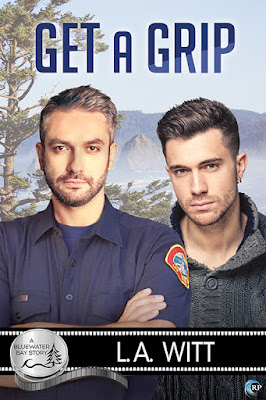 A year after his divorce, Shane Andrews isn’t interested in dating—not that he has time, between three kids and a demanding job as a grip. When a windstorm knocks a tree onto one of the Wolf’s Landing soundstages, Shane’s there to help with the mess . . . and so is firefighter Aaron Tucker.

A former smoke jumper, Aaron’s an adrenaline junkie and way too restless and reckless to be relationship material. As far as he’s concerned, monogamy is for penguins, and he’d rather be alone than tied down. Signing up to be a stepparent? No, thank you.

But after a scorching-hot night together, they’re hooked. Aaron is a taste of the excitement Shane’s been lacking, and Shane’s pushing buttons Aaron didn’t know he had. The more they’re together, the less Aaron craves wild nights with other men . . . but the more Shane wants to play the field like he never got to in his twenties.

This could be the love neither man knew he needed, but only if Shane gets his feet back on the ground before Aaron walks away. 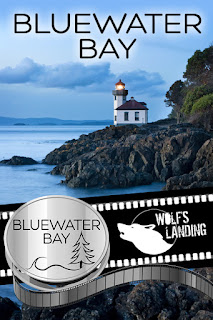 L.A.’s backlist is available on her website, and updates (as well as random thoughts and the odd snarky comment) can be found on her blog or on Twitter.


To celebrate the release of Get a Grip, one lucky winner will receive their choice of two ebooks off L.A.’s backlist and a $10 Riptide credit! Leave a comment with your contact info to enter the contest. Entries close at midnight, Eastern time, on July 29, 2017. Contest is NOT restricted to U.S. entries. Thanks for following the tour, and don’t forget to leave your contact info!