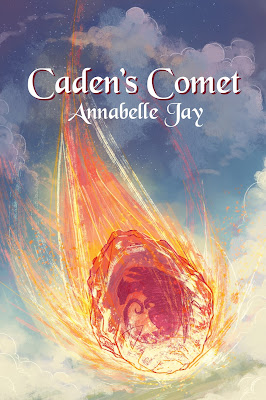 Long ago, in the days before King Roland, the four dragon kingdoms—Ice, Sun, Earth, and Bone—battled for dominion over the bountiful planet Earth. Prince Grian, a young dragon, hid aboard a Sun Dragon ship, traveled to Earth, and met Caden, an Earth Dragon who’d run away from his village. Despite falling in love, destiny’s plans for them turned cruel, and both perished in the war.

The Artists who created the universe could not let this tragic loss of true love go unpunished. They wiped out the race of Sun Dragons, exiled the Bone Dragons to Draman, and banished the Ice Dragons to the North Pole, safely away from the Earth Dragons. Only the rebirth of Grian and Caden could break the curse. One day, the return of their love would usher in an age of peace and prosperity for all dragons.

But when Prince Grian is reborn, he finds reuniting with his soulmate on Earth will be no easy feat. As he searches for his lost love, the Earth Dragon Protection Society, or EDPS, searches for him, ready to kill him when they find him. If Grian can elude the EDPS, he might find that the true love he once had isn’t guaranteed to bloom a second time.

Passing Time and Changing Places in Caden’s Comet: Book Four in The Sun Dragon Series
By Annabelle Jay
Readers new to The Sun Dragon Series, my all-LGBTQIA young adult fantasy series, will notice something interesting about the series when they read the back covers: although each book features a fantasy plot with at least one LGBTQIA romance, each book is about the next generation of characters. In Caden’s Comet: Book Four in The Sun Dragon Series, for example, the main character, Grian, is the son of characters who appeared in Book Three. However, the main characters of each book aren’t the only things that change; as time passes, the settings established in previous books change as well.
Take the habitation of Earth Dragons. In Book One, Earth Dragons had only just discovered their lineage when King Roland revealed that he changed the dragons into humans in order to allow them to unknowingly breed him an army. By the start of Book Four, however, the structure of the dragons who live on Earth has changed drastically, both with the Earth Dragon Protection Society, or EDPS, and a floating piece of land called Little Earth where they can safely transform into their dragon forms and enjoy their abilities. When Grian first arrives on Earth looking for his Earth Dragon soulmate, a man named Caden, Little Earth is naturally the first place the wizard Merlin takes him to look.
Here is the scene in which Grian sees Little Earth for the first time:
They called the floating land of the Earth Dragons Little Earth because it was round, green, and as sparsely inhabited as Earth in its earlier days. According to Merlin, unlike the Ice Dragons, Earth Dragons were half-human like me; unlike me, they needed a special necklace charmed by the wizards to hold their human form.
Because they had a human side, the dragons only came to Little Earth to play. The floating land was like a theme park, where dragons could soar over fields, get a massage under a peaceful waterfall, and meet others of their kind. Much like a medieval sword-fighting school, there were areas where instructors taught young dragons how to breathe fire with accuracy. As targets went up in flames, the smell of smoke reminded me of home.
“This way,” Merlin said and led me toward the shack labeled Registration. Behind the window, a young woman wearing a silver locket dotted with diamonds blew bubbles with her gum and paged through a magazine. Merlin rapped his knuckles on the glass and was met with a roll of the girl’s heavily shadowed eyes.
“Welcome to Little Earth. Please sign the sheet on one of the clipboards, including first name, last name, home address, and the last time you transformed. Please also sign the waiver on the second page indicating that you do not hold the owners of Little Earth responsible for any injuries to—”
“We’re not Earth Dragons,” I cut in, hoping to stop her droning whine. “We’re actually here to look for—”

“No humans or wizards allowed. You can take the helicopter back down to Earth; one comes every fifteen minutes.”
She slapped the window shut. As though we were already gone, the girl produced a vial of polish and began painting her nails.
“Excuse me.” Merlin tapped on the window again. “I hate to be rude, but we must get into Little Earth one way or another. I had hoped to speak with your manager, but if you insist on being intolerable, I’ll have no choice but to…. Are you even listening to me?”
The girl, careful not to rub her nails on anything, stuck headphones into her ears.
Merlin sighed. “Come, Grian. We’ll do this the hard way.”
The old man hoisted up his robe and walked briskly toward the park. The girl pretended to continue reading her magazine and listening to her music, but I watched her eyes dart up to the disappearing Merlin several times. With no choice left, I decided to follow him.
As I sprinted to catch up, a screen door slammed behind me. When I turned the young girl was pulling off her locket and then transforming into what turned out to be an extraordinarily large dragon compared to her human size. Her scales were pink and purple, but each one was as big as my fist. Her teeth were a glittery gold, and they gnashed in anger as steam erupted from her mouth.
“Uh… Merlin?”
“Yes, Grian?”
“Turn around.”


Readers quickly realize that Little Earth and the EDPS are not just harmless organizations to protect Earth Dragons, but instead are run by an evil Earth Dragon named Shull bent on stopping Grian before he can find with his soulmate and through his love reunite all of the dragon clans. Luckily he has Merlin and an Earth Dragon named Blair on his side, and with their help, he might be able to fight off Shull and the other Earth Dragons long enough to find Caden and end the battle of the dragon clans forever. 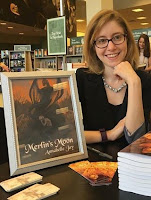