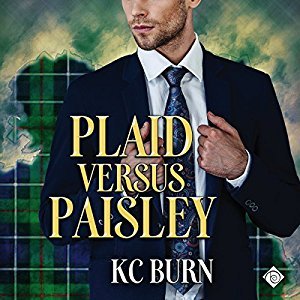 Dallas might have thrown himself on his brother’s mercy, but his skills are needed at Idyll Fling. Working with Will is a bonus, since Dallas has never forgotten the man. A good working relationship is only the beginning of what Dallas wants with Will.

But Dallas doesn’t realize how deep Will’s distrust runs, and Will doesn’t know that the man he’s torn between loving and hating is the boss’s brother. When all truths are revealed, how can a relationship built on lies still stand?

Two years ago Will Dawson lost his job forcing him to relocate from Conneticut to Florida where he landed a job working at Idyll Fling...yes, this is the same gay porn studio that gave us Raven (one of the MCs from 'Tartan Candy' and coincidentally Will's best friend) Will's happy working in the tech department of Idyll Fling. Unfortunately because of the circumstances surrounding why he left his last job Will's got a few issues when it comes to delegating job duties and it's starting to show things are piling up in his department and he's starting to show signs of stress and burnout so while it's not surprising that his boss would bring on some help for Will since the business is growing. The last thing Will expects is for said help to come in the form of Dallas Green...the man who as far as Will's concerned cost him both his job and his boyfriend.

Will's not sure what's up but he keeps quiet about knowing Dallas and exactly what their relationship was from his perspective, but he's not the only one keeping quiet about things. Dallas isn't telling his brother that he's got a history with Will but he's also not telling Will that his brother is the owner of Idyll Fling.

'Plaid Versus Paisley' was from start to finish a story about miscommunication. There was so much that Will and Dallas didn't know about each other from back in Connecticut. It really was a case of only having half the story and for both of them that half story didn't look good to the other person. One of the things that neither man realizes was how much they were attracted to each other.


Admittedly I'm not a fan of miscommunication when it's thrown in as something extra and it seems to just muddy the waters, sometimes over whelming the real story but in the case of this story it was the main issue between Will and Dallas so it worked.

The part that I was a bit disappointed with was the resolution it seemed to happen just a bit too easily for me.  Things went from I don't believe/trust to I understand/it's all ok just a little too quickly and this to my way of thinking is a more of a personal preference issue than anything else.

I did like the interaction between these two and Dallas's efforts to fix things between them were both cute and entertaining. I loved the 'world's best boss' mug and other little things that he tried to show Will that he wanted them to be able to work together. In general I liked that the things he did were little thoughtful gestures and not over the top grand actions that seemed more like something meant to impress than something meant to convey real emotion.

David Ross was once again the narrator for this audio book I really enjoyed his performance the voices were good, consistent and expressive leaving me with nothing to do but enjoy the story.

So far there's one more story to go in this series and I admit I'm looking forward to it because it's Jamie's story and while we first met him in 'Tartan Candy', he's Caleb's cousin and best friend. We got to see more of him in this story as well and he's turning out to be one of my favorites. I'm not sure if I want to jump in and read the book (because yes, I do have it so this is an option) or do I want to wait for the audio version. Either way, I'm definitely looking forward to more from the men of the 'Fabric Hearts' series.

An audio book of 'Plaid Versus Paisley' was graciously provided by the publisher in exchange for an honest review.