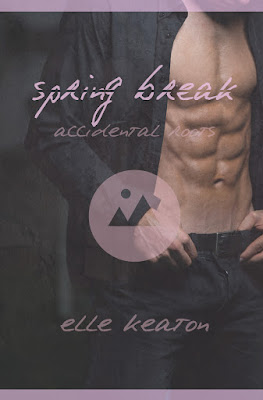 
Sometimes a guy needs a break. Carroll Weir got one--but it wasn't what he expected.

All he dreams of is escaping dreary, damp Skagit, WA, for a warmer climate. Instead, Federal Investigator Carroll Weir is assigned to a cross-agency case involving geoduck smugglers and a very dead Fish and Wildlife Detective.

Sterling Bailey, the regular bartender at the Loft, likes to think of his customers and employees as family since he doesn’t have one of his own. Exhausted and tense, Carroll Weir wanders in one night and one thing leads to another. All in a night’s work, right?

Who murdered Fish and Wildlife Detective Peter Krystad? Does the killer have Weir in his sights? Things begin to heat up between them but Sterling and Weir will have to move past their personal history in order to change the course of their future.

The spark burning between them is hot enough to scald unless they’re careful somebody’s going to get burned.

Though part of the Accidental Roots Series this book can be read as a standalone.


Author, photographer, rare Pacific Northwest Native, Elle grew up in Seattle, WA., with the Cascade Mountain range to the east and Olympics to the west. Less than two hours northwest lie the majestic San Juan Islands. To the northeast is the Methow Valley and the scrub deserts of Eastern Washington. Geography ripe with material.