Blogtour: Sum of the Whole by Brenda Murphy

Six years later they meet again. Fighting to leave her past behind, but unable to resist her attraction for Jaya, Sarah agrees to try again. Jaya has to cope with new rules and new roles. When a former client threatens to expose Sarah, Jaya risks everything to protect her.

Can their love survive in the real world filled with vengeful ex-lovers and deadly secrets?

Sum of the Whole
Brenda Murphy © 2017
All Rights Reserved

Jaya scrolled through the messages on her phone, rereading the instructions from the owner of the house. Her palms were sweaty in spite of the air conditioning. She shifted her hips, trying to find a comfortable spot on the broad leather seats.

“Do you wish to stop, Mistress? It’ll be at least an hour before we reach the house.” The driver’s husky voice matched her stocky build and ruddy face. Jaya appraised the thick hands wrapped around the wheel and the way the chauffeur’s livery draped her broad shoulders and considered it. The woman made eye contact with Jaya in the rearview mirror, one eyebrow raised and lips in a closed-mouth smile. Jaya imagined saying, “Yes, let us stop somewhere and I’ll flog you until we’re both satisfied,” but the instructions from Rowan House were explicit and interactions with the staff were not permitted outside the house.

“No.” Jaya kept her voice soft and let her gaze rest on the woman’s face in the mirror. “I’m tired of people staring at me.”

“You’d think they’d never seen a woman in a suit before.” Jaya left out the word “dark-skinned.”

“It’s your height, Ma’am. And you’re fetching in that suit. I imagine out of it as well.”

Jaya looked down. She had not flirted like this in years and it was wonderful, even if she knew it was not going to lead to anything more.

“Do you always flirt with your guests?” She relaxed her shoulders and sat back in the seat.

“Only the ones I find—” The driver looked at Jaya in the mirror. “Stunning.” She turned on the radio and went back to piloting the long, black town car through roundabouts as they left Armadale. As they traveled farther from the city, she was occupied dodging rough spots and the occasional mud-splattered sheep wandering along the edge of the single-track road.

Jaya sank into the soft leather seats, grateful for the distraction of the driver’s banter and the tinted windows, dark enough to hide her face from anyone who might try to catch a glimpse of the car’s passengers. On the ferry to Skye, she had caught more than one mother reminding her children not to stare. The curious faces of the children were better than the hard looks she got from the men on the ship. Half of them looked like they wanted to fuck her; the other half looked like they wanted to kill her. Some probably wanted to do both.

She had not anticipated how angry she would feel under the gaze of the other passengers. She had almost wished one of the rude men would start something so she could finish it. She had worn this suit to her father’s funeral, to her brother’s dismay. An orphan again at thirty-five. The high from the banter with the driver wore off and she slumped in her seat. She sifted through her memories of the last two years. Her father’s illness and slow death, her brother’s anger, and Deidre’s departure blended into an oppressing melancholy. What the hell was I thinking? Why am I looking for comfort here?

She could have chosen another venue for her adventure, but Jaya wanted to experience this house. The house Deidre spoke of as her home. She lied to herself, telling herself she chose this house because it was highly recommended as a discreet, old-school establishment dedicated to unique and personalized experiences.

Deidre. The woman of sorrows. Never was a woman more truly named. Jaya scrolled through the photos of Deidre on her phone. Brutal memories of their life together filled the emptiness of the ride. As they traveled farther into the country, the battery on her phone quietly expired. Jaya tucked it into her bag and let the rocking of the car soothe her as they drove past rough stone walls and rocky pastures. 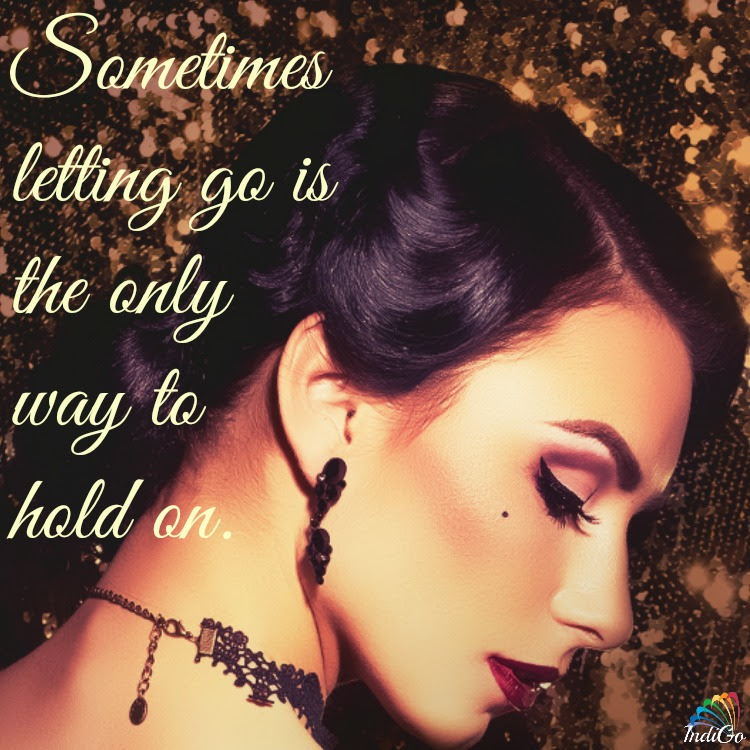 I always write to music. It helps me focus and is a way for me lock into my story. Once I have an idea for a story I create a playlist and choose a theme song for my lead character. For my novel Sum of the Whole, Jaya’s theme song is ZZ Ward’s “Til the Casket Drops.” For me it evokes Jaya’s devotion to Sarah. The other songs on the list add to the tense and dark mood of the work. I am crazy about Halestorm and the band features heavily in the playlist.  Pink and Peaches make appearnces to add to the relentless, driving force that is Jaya and Sarah’s love. Here is the playlist. It goes well with brandy or beverage of your choice.

Sum of the Whole Playlist


Brenda Murphy writes both short stories and novels. She is a member of Romance Writers of America. Her non-fiction and fiction work has been published in various collections—most recently, “Whole Again” in First: Sensual Stories of New Beginnings (Ladylit Publishing, 2015).

When she is not writing or teaching cooking classes, she’s attempting to train an unrepentant parrot, much to her Ohioan family’s delight. She writes about life, books, and writing on her blog, writingwhiledistracted.com. She shares recipes and celebrates food on her blog, quinbykitchensideshow.com.