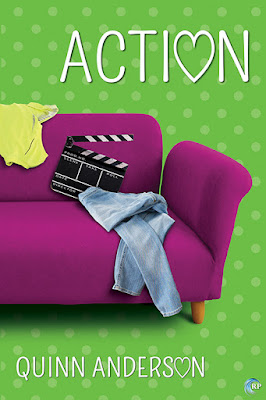 Editing, or How I Write Every Book Twice

Ask a hundred authors how they edit/polish their novels, and you’ll get a hundred different answers. Everyone has their own methods, and I’m just the same. In fact, my method has shifted several times over the years. I only now—at twenty-six years old—feel like I’ve found what really works for me.

If I can give any aspiring writers out there some advice, it’s this: don’t start editing until you’ve finished the book. It doesn’t have to be finished, but you must write it all the way to the last scene before looking back. I know a lot of authors tend to reread what they already have before they pick back up again; I used to do the same thing. Don’t.

If you keep reading what’s already there, you’ll never move forward. Or you will, but it will take so much longer, and you’ll be much less confident in what you’re putting in the page. Trust me. Rereading is the enemy of progress.

The method I’ve found that works best for me is this: I get the entire book down. I write fast and shoot for quantity, not quality. If I can’t think of the perfect word, I put one that’s good enough in brackets and come back to it later. I make notes to myself at the ends of my chapters: things I should add, things I should tweak, things I may have forgotten. And then I keep going.

After the book is written, I go back and essentially write it again. When I say that, people are confused, or they think it must take twice as long to write the book again than if I just tried to make it perfect the first time around, but that’s not the case at all.

The second time around, I read through the entire thing from start to finish and change just about every sentence. It’s amazing what a big difference small changes will make. Sometimes all I do is reorder the words, and it flows so much better. With the bare bones already in place, adding flesh is so much easier. Suddenly, I can think of that perfect word that eluded me before. I see flaws and inconsistencies in my characters. The scenes that seemed too flat are simple to deepen. By the time I make it through to the end once more, it really is like I’ve written a totally different version from the first draft, but it doesn’t take as long, because the foundation is already there.

My method may change again in the future, but I swear by not editing until the book is complete.

Thanks for reading, and good luck in the giveaway!

To celebrate the release of Action, one lucky winner will receive a $10 Riptide credit! Leave a comment with your contact info to enter the contest. Entries close at midnight, Eastern time, on June 10, 2017. Contest is NOT restricted to U.S. entries. Thanks for following the tour, and don’t forget to leave your contact info!