Release Blitz: The Perils Of Intimacy by Rick R. Reed 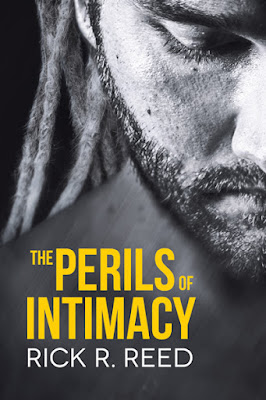 Jimmy and Mark make an adorable couple. Jimmy’s kindness (and clean-cut cuteness) radiates out of him like light. Mark, although a bit older, complements Jimmy with his humor and his openness to love.

But between them, a dark secret lurks, one that has the power to destroy.

See, when Mark believes he's meeting Jimmy for the first time in the diner where he works, he's wrong.

Mark has no recollection of their original encounter because the wholesome Jimmy of today couldn’t be more different than he was two years ago. Back then, Jimmy sported multiple piercings, had long bleached dreadlocks, facial hair, and was painfully skinny. And he was a meth addict. The drug transformed him into a different person—a lying, conniving thief who robbed Mark blind during their one-night stand.

Mark doesn’t associate the memory of a hookup gone horribly wrong with this fresh-faced, smiling twenty-something… but Jimmy knows. As they begin a dance of love and attraction, will Jimmy be brave enough to reveal the truth? And if he does, will Mark be able to forgive him? Can he see Jimmy for the man he is now and not the addict he was? The answers will depend on whether true love holds enough light to shine through the darkness of past mistakes.

I watch from the corner of my eye as Cinnamon Roll, as I’ve dubbed him, downs his low-carb breakfast. How someone can eat poached eggs without any toast is beyond me, but it takes all kinds.

“You got a thing for him or what?” Matilda Blake, the other server on duty, whispers to me. She pauses just behind me with three plates balanced on two arms. I smell pancakes, bacon, and the sage aroma of sausage.

“Ah, don’t play innocent with me, Mister. I could see the lust in your eyes from fifty paces.”

She laughs, and it’s a sound like a bell tinkling. Matilda doesn’t even reach five feet and probably doesn’t top ninety pounds, but she’s a workhorse like you wouldn’t believe. She has short, spiked blonde hair and numerous tattoos. On the weekends, she plays in an all-girl metal band called Two Spirit. And in my head, I call her Tinker Bell, because that’s who she looks like to me. She takes off to serve her customers, but not without prompting me to “Go over and talk to him.”


I busy myself filling ketchup bottles and the salt and pepper shakers I’ve removed from empty tables, but I keep an eye on Cinnamon Roll. His food is gone and the newspaper’s been abandoned and he’s staring off into space. I shudder because I wonder if he’s recognized me and is thinking about our last encounter, a little over two years ago, at his place on Dexter Avenue.

But no, that couldn’t be possible, could it? I’m a different person now, inside and out. Back then I was twenty, twenty-five pounds lighter than my current one hundred and sixty-five. I had a septum piercing like Ferdinand the Bull. My hair, which is now cut high and tight and is reddish brown, was long back then, bleached blond, dirty, and tangled up in dreadlocks that reached down almost to my waist. My skin had, I’m sure, a pasty and unhealthy pallor.

That person doesn’t even exist anymore, and even though it’s only been two years, I look completely different today. He’s probably just thinking about his day or something.

I walk over to his table, a little nervous that he’d come to and look at me with an accusing glare. There’d be a scene. And maybe I’d end up getting fired or something. Thinking back to what I did to him, I deserve it.

But when I approach his table, all he does is smile. And that smile melts my heart. It did back then too. Just not enough to keep me from my desperate and dark ways.

“You need anything else?”

He looks down at his paper and back up at me. A blush rises to his cheeks, and I gotta say it—there’s nothing more adorable than this face staring up at me right now. 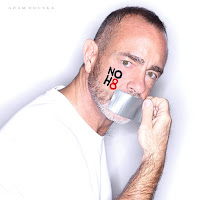