My Fiction Nook is proud to present

A big thank you to My Fiction Nook for hosting me today as I celebrate the release of Runaway.
Runaway is my latest release. It’s part of the Dreamspinner Press World of Love collection. The World of Love stories are “contemporary romances spotlighting the unique features, qualities and attributes of a specific country as well as the universality of love wherever it’s found.”
The story of Nate and Damien takes place in the Australian state of New South Wales, starting in a small country town on the north coast, followed by time spent in Sydney. To celebrate the release of the book, I thought I’d share some of my beautiful city of Sydney with you all.
Sydney Gay and Lesbian Mardi Gras
The Sydney Gay and Lesbian Mardi Gras is one of Australia’s best known and popular events. The first march was in 1978 and was organised as part of an international event that had formed due to the Stonewall riots. The first march was small – only one truck and relatively few participants - but had a significant impact as police harassed, arrested and used violence against the participants.  Over the following months, after more violence and arrests, the NSW government repealed the laws that had made the arrests possible and created a new Public Assemblies Act with meant Sydneysiders didn’t have to apply for a permit to have a demonstration, they only had to advise the police. Because of this, Mardi Gras a major civil rights milestone beyond the gay community. The following year’s parade grew in size and was incident free. This year there were 184 floats with 12,000 parade participants and 250,000 people lining the route to watch the parade.
This year I was privileged to help a great group of kids get ready for the parade. I do some volunteering for an organisation called Twenty10 who provide support service for LGBTQI+ youth and have a float in the parade. It was a joy to see the excitement as the kids got ready – face paint, costumes, glitter – and practiced their dancing.
The best way to give you a sense of the parade and all the activities surrounding it, is to share a video.

It seemed fitting to finish Runaway with such an iconic Sydney event that celebrates diversity, equality and acceptance.
***
The celebrating was loud, with music blaring and crowds cheering, and it seemed like it was never going to end as they watched people revelling. With all the spectacle surrounding him, Nate found himself reflecting on the joy and freedom of being able to express yourself, something he’d been thinking a lot about over the last few weeks especially.
Maybe it’s time I allow myself to be free?
The iconic “I Will Survive” accompanied the next float of dancers, the crowd singing the well-known song and screaming wildly. Nate snorted at the timing.
Damien was standing next to him, their arms lightly brushing, so Nate stepped closer, bringing their bodies together. Damien instinctively reached out and wrapped Nate in a hug. It felt so right to be in Damien’s arms, and Nate followed his instinct and raised his face to Damien’s, joining them in a soft and tender kiss. He couldn’t stop smiling as the kiss ended and he placed an arm around Damien’s waist to hold them together. He was still grinning when he turned to watch the rest of the parade. 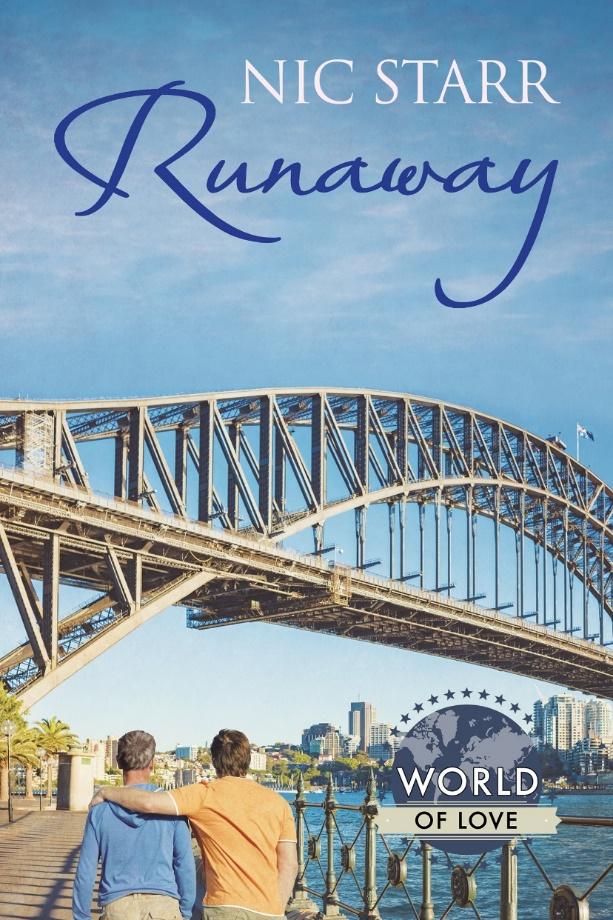 Dr Nathan Powell is ready to settle down near his family, and hopefully find the man of his dreams. He returns to the small coastal town where he grew up, but while life is simpler than it was in the city, there are also complications—like patients’ reactions to an openly gay doctor. And like running into Nate’s first love, Damien, an out-and-proud local business owner who is unwilling to be any man’s dirty secret. The reunion reignites old desire even while it stirs up Nate’s guilt over the way things ended with Damien.When Nate’s nephew runs away, Damien accompanies Nate on his mission to find the young man. The drive to Sydney, and the search of the city, gives Nate time to reconnect with Damien—and to wonder if he made the right decision years ago—when he determined a future for them was impossible. Is a fresh start realistic for two men in their forties? But before he can ponder the second chance they’ve been given, Nate must locate his nephew.

Nic Starr lives in Australia where she tries to squeeze as much into her busy life as possible. Balancing the demands of a corporate career with raising a family and writing can be challenging but she wouldn't give it up for the world.
Always a reader, the lure of m/m romance was strong and she devoured hundreds of wonderful m/m romance books before realising she had some stories of her own that needed to be told.
Nic loves to spend time with her family—an understanding husband, two beautiful daughters, and a cherished Cairn terrier. Nic is a foodie and wine lover who lives in the city but is a country girl at heart. When not writing or reading, she is often found indulging in her love of cooking and planning her dream home in the country.
You can find Nic on Facebook, Twitter and her blog. She'd love it if you stopped by to say hi.
Author Social Media Links