I wrote six books in the Senses series and by the time the series was done, I missed them.  The characters and the stories stuck with me and I had a hard time letting them go.  So I decided to start a new series in the same vein.  Heart Unseen is the first story in this new series.  At the moment, ideas for the second story in the series are starting to float into my mind and I’m coming up with some interesting combinations.  We’ll have to see what happens.
This story started with a pretty simple question.  What would it be like for a blind man to ride a motorcycle?  I know it seems kind of simple, but as I wrote the story, the answer I got was pretty dang hot.  And it was a gateway for James to experience a number of new sensations and to have his world broadened.  I really hope you love this story and especially come to love James and Trevor.  I know I did. 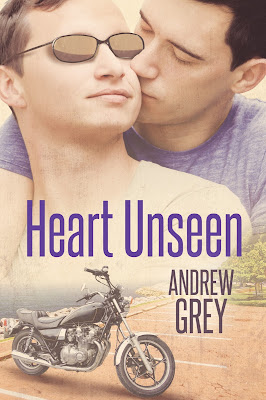 As a stunningly attractive man and the owner of a successful chain of auto repair garages, Trevor is used to attention, adoration, and getting what he wants. What he wants tends to be passionate, no-strings-attached flings with men he meets in clubs. He doesn’t expect anything different when he sets his sights on James. Imagine his surprise when the charm that normally brings men to their knees fails to impress. Trevor will need to drop the routine and connect with James on a meaningful level. He starts by offering to take James home, instead of James riding home with his intoxicated friend.

For James, losing his sight at a young age meant limited opportunities for social interaction. Spending most of his time working at a school for the blind has left him unfamiliar with Trevor’s world, but James has fought hard for his independence, and he knows what he wants. Right now, that means stepping outside his comfort zone and into Trevor’s heart.

Trevor is also open to exploring real love and commitment for a change, but before he can be the man James needs him to be, he’ll have to deal with the pain of his past.

“You’re watching him again, aren’t you?” Brent asked, and Trevor nodded without even thinking about it. There was something about him that hit Trevor like a punch in the gut. James sat there in the midst of all the chaos and noise almost like none of it quite reached him. That was fascinating and incredibly attractive.
“We always want what we can’t have,” Brent said from near his shoulder.
“I know, but I keep wondering why I can’t look away from him. What is it about this guy that draws me to him?” Trevor had never experienced anything like this before. He’d known more men than he could count, and trying to remember them all took too much effort.
“Who knows why we’re attracted to one person over another?”

“I don’t get it. He’s just another guy.”
Brent shook his head and finished his drink, then set the empty glass on the table. “Maybe it’s time you admitted that there’s more to being a man than a cock and some balls. That there’s another organ that’s just as important.”
“When did you get so philosophical?” Trevor asked, honestly interested in the answer, but not getting one as Bobby and Dean returned.
“Is that the guy you were interested in?” Bobby pointed across the dance floor.
“Yeah. I talked to him for a few minutes.”
Bobby chuckled and leaned into Dean, whispering something in his ear, and they shared a laugh. Bobby turned to smile at Trevor. “You weren’t going to get anywhere with him with your smile and stunning good looks.”
“Why not?” Trevor demanded.
“He’s blind.” Bobby said the words so easily, and they hit Trevor in the gut. He watched James, and it made sense. The way he held his glass with both hands wrapped gently around it as if he’d lose it if he wasn’t touching it. How James had looked through him the entire time Trevor had been speaking to him because he couldn’t see and was just looking in his direction, probably to try to be polite. At least Trevor understood why none of his “charms” had worked. 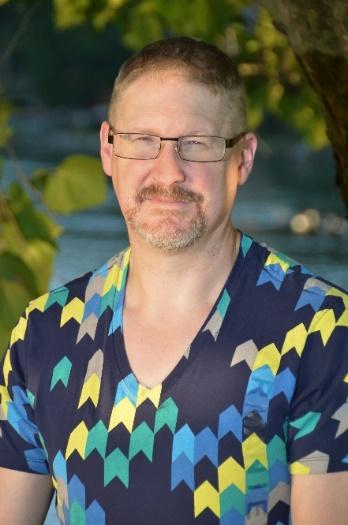