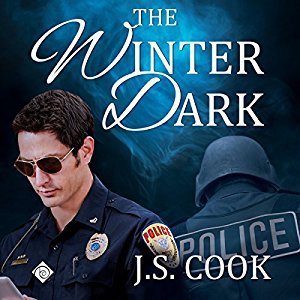 
The horrific murder of a local woman rocks Morristown, Mississipi. With her death, veteran police chief Eli Gallagher feels he’s failed his small town, despite trying his best to serve and protect everyone in his jurisdiction. Sometimes that’s harder than it looks, given that rich and poor don’t always get along, and life on the other side of the tracks can turn deadly.

By his side is conscientious young Deputy Stan Leach. Together they work to discover the killer. But as they uncover evidence, their personal lives begin to unravel. Eli’s long-distance boyfriend telephones saying he’s getting married to a woman. Stan learns that the man he helped shelter wants to move on. When the clues unveil a history of abuse, the two men pull together to bring the murdered woman justice and maybe find the answers to the other questions in their lives.

3 stars for what had the potential to be so much more....

but...I needed more for that to happen.

Ok before I get into the actual story I'm going to deal with the audio. K. C. Kelly was the narrator for this book and he's a new to me narrator and one that I'm definitely going to keep an eye on. I really enjoyed his narration on this book but I've also taken the time to listen to some samples of other books he's narrated and I have to say I want to listen to a few of them. I like his voices they're filled with personality and life adding both depth and emotion to the story. So the audio portion gets 4 stars from me.

I love a good romantic thriller and this one had all the hallmarks of being just that. Sadly that didn't happen. In short order this story was too short. It almost felt like a detailed story outline rather than a complete story. It felt to me like there were a few opportunities for this story to be fleshed out and turned into a far more detailed novel or novella at the very least.

The setting is small town Mississippi and our MCs are the sheriff  Eli Gallagher and his deputy, Stan Leach. I liked these characters and I very much enjoyed the story that was there. The book starts with both Eli and Stan involved with other people. We quickly find out that Eli's current interest is...to put it bluntly a bag of dicks. Seriously this guy is so full of himself it's pitiful and laughable so I did...laugh that is. This was also what made me like Gallagher. Gallagher basically showed himself to be a class act...while Gilbert, Eli's love interest, (or BoD...Bag 'o' Dicks as I lovingly came to think of him...add copious amounts of sarcasm here please) proved himself to be a totally pompous, pretentious, self-absorbed BoD.

Seems good old Gilbert wants to get married to a woman because 'it's time to settle down'...no spoiler here it's in the blurb. Seriously this part of the story left me trying to get my jaw off the floor with how astoundingly oblivious and full of himself our man Gil proved himself to be. I was very entertained with how the author wrote this part of the story...loved it.

Meanwhile Stan suddenly finds his hands full with Harvey Faber until they're not...this would be one of those chances to fill out the story...oh well opportunity knocked and no one answered the door. This was another part of the story that I really enjoyed I liked how Stan was with Harvey. It was sweet and kind.

So at the end of it all my biggest problem with this story wasn't that I didn't like it. It was that I did. I liked it enough that I really wanted the author to give me more story. More background on both of these men and definitely more relationship time between Eli and Stan because yeah, I liked these two as a couple and I would have loved to have had more time with them both while they're getting together and after they become a couple. By the way everyone did I mention...AGE GAP!!! That's right there's about 15 years between these two and I didn't care...I think I'm cured.

Simply put at the end of it all I wanted more. I needed more to take this from 3 "It's ok, I liked it" stars to possibly 5 "HOLY Crap! This was great stars. I definitely feel the need to check out more of this author's books and K.C. Kelly is a yes on my audio narrator list. So while the book wasn't as good as it could have been I'd say this one was a win and if there's ever second release that gets notably revised I think I'm on board for a re-read...eeeerrr...re-listen on this on.

An audiobook of 'The Winter Dark' was graciously provided by the publisher in exchange for an honest review.