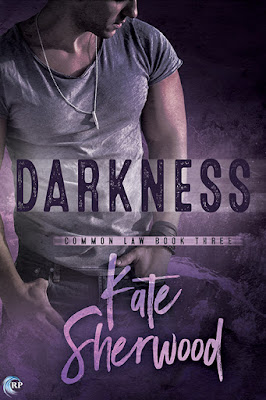 A murdered prostitute. An obvious suspect. Clear evidence. For once, Jericho Crewe has a straightforward crime to investigate, and Wade Granger isn’t involved.

It all seems so simple, but Jericho’s instincts won’t let him rest. As he investigates, he finds troubling suggestions that the murder is a part of something larger and more sinister. But working within the boundaries of the law may keep him from finding the truth. If Jericho doesn’t break the rules, an innocent man may rot in jail while a killer remains free to strike again.

Inevitably, it all comes back to Wade. Because who else knows as much about breaking rules? And who else knows Jericho the way Wade does—not wisely, but far, far too well?


To celebrate the release of all four books in the Common Law series, we’re giving away one four-tour-wide GRAND PRIZE of $100 in Riptide credit! Enter at each stop on each tour (once they go live) to maximize your chances to win! Leave a comment with your contact info to enter the contest. Entries close at midnight, Eastern time, on April 8, 2017. Contest is NOT restricted to U.S. entries. Thanks for following the Darkness tour, and don’t forget to leave your contact info!