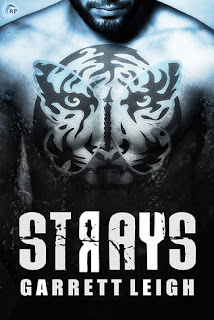 
Work, sleep, work, repeat. Nero’s lonely life suits him just fine until his best friend, Cass, asks him to take on a new apprentice—a beautiful young man who’s never set foot in a professional kitchen. Despite his irritation and his lifelong ability to shut the world out, Nero is mesmerised by the vibrant stray, especially when he learns what drove him to seek sanctuary on Nero’s battered old couch.

Lenny Mitchell is living under a cloud of fear. Pursued by a stalker, he has nowhere left to run until Nero offers him a port in a storm—a job at the hottest restaurant in Shepherd's Bush. Kitchen life proves heady and addictive, and it’s not long before he finds himself falling hard and fast for the man who has taken him in.

Fast-forward a month and a neither man can imagine life without the other, but one thing stands in their way: a lifetime of horrors Nero can’t bring himself to share with Lenny. Or can he? For the first time ever, happiness is there for the taking, and Nero must learn to embrace it before fate steps in and rips it away.

I tend to avoid Garrett Leigh's books, not because she isn't a fabulous writer, because she IS, and not because her characters are shallow, because they certainly are NOT; no, I avoid her books because ANGST & PAIN:

- All the MCs have sad, tortured backgrounds.
- A sense of melancholy permeates every story.
- The steamy scenes are muted and sparse.

Strays checks every single one of those boxes. But I still loved it.

Nero has a tragic past, one he doesn't share with anyone. What we know is that he's missing half a finger and has been to prison. Nero excels at keeping people away. He's angry, standoffish, and garrulous.

Lenny's parents weren't into his gay ways, but he still made a life for himself, what with his wild hair and dancing moves. All was well, until he became prey.

When Lenny first meets Nero, he's terrified of his own shadow. He hides in Nero's living room and in the restaurant kitchen. He makes himself useful and decorates Nero's food. Nero hates that—except when Lenny does it.


I never read Misfits, but I still loved Cass, Tom, and Jake, who were so supportive of Nero and Lenny.

Nero and Lenny embark on a slowww, sensual dance. They smoke (sometimes fags, sometimes weed). Lenny loses his mind because Nero won't let him in. And Nero craves Lenny more than he craves nicotine.

"You're different, even since I last saw you."

"I'm different because you saw me, Lenny."


The stalker plot is not incidental to the story; there's always a hint of danger. But it's never exaggerated or melodramatic. It feels REAL, and it's fucking scary.

The steam level is on the low side, but when Lenny and Nero come together, it's all passionate touch and HEAT and need.

Nero and Lenny are complex characters with dreams, hopes, and desires. And they are absolutely AMAZING together. Lenny draws tigers because they make him think of Nero. And Nero, well, he just wants to put a smile on Lenny's face.

Lenny sighed. "You're an arsehole, you know that?"

"And I love you. You know that too, right?


The plot isn't without angst, but the underlying sweetness stole my heart. I wanted all the joy for these men. Lenny deserved gluten-free pizza and freedom to just be, and Nero deserved to love and FEEL.

I adore the Britishness of Leigh's book. Unlike other authors, she doesn't settle for watered down, Americanized language. Strays feels authentic and TRUE.

In a good book the best is between the lines.