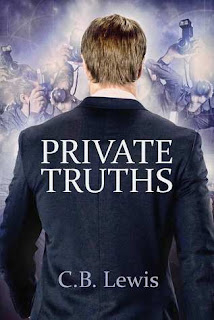 After returning from service, Army veteran Jack McCall fought his way back from addiction and joined a charity supporting homeless veterans in London, where he became an inspiration to others. He approaches Edward Marsden, Viscount Routhsley, a known playboy and philanthropist, about sponsorship for his charity. To his surprise, Edward isn’t the shallow pleasure-seeker everyone assumes, and he and Edward share many interests. Little by little, they are drawn together in spite of the different worlds they come from.

But for two men in the public eye, happiness won’t be so easily achieved. Edward fears coming out as gay will shift attention from his charity work, and Jack worries his relationship with the aristocrat will undermine the integrity of his foundation. They come under intense scrutiny, leading to an inevitable clash between Jack and the press who won’t stop harassing them. As what they’ve built comes crashing down, Jack and Edward must make a choice: continue presenting the facade the public expects, or expose the private truths in their hearts so they can be together.

- Interesting MCs (I especially liked that Jack was so vulnerable and his PTSD wasn't brushed aside, and that Edward was not a typical self-absorbed nobleman; he was charming and genuinely interested in people.)

- Flirting (The chemistry between Jack and Edward was palpable from the beginning.)

And that brings me to the not-so-good stuff:

- Lots and lots of angst and drama (Jack's PTSD; the assault charges; the paparazzi . . . There was A LOT going on in this story that wasn't romance. As soon as Jack and Edward got together, the universe conspired against them. I felt overwhelmed at times.)

- We only get Jack's POV, which was really disappointing. I wanted to get in Edward's head something fierce.

- Certain parts of the book just really dragged; it took me a while to get into the story, and, truth be told, Private Truths never fully kept my attention.

- This book is well edited, and Lewis is not an amateur by any means, but the writing seemed dry and formal, stiff even.

I still recommend this story. I suspect most readers will connect with it better than I did.