Blogtour: Flag On The Play by Sherrie Henry

Flag On The Play

As with all good things, they must end and this the last stop on my blog tour to promote my newest release, “Flag on the Play.” Thank you to My Fiction Nook for having me!

I’ve learned a lot through my research and writing in the YA M/M genre, and the most important thing I learned was that every single teen’s experiences are unique. Every coming out, every first kiss, every sexual encounter … they are all distinctive and exceptional as the person they happen to. I’m hoping I bring a fairly exclusive story to the reading public and addressing an issue that is glossed over by the M/M community.

Cutting has been a female’s domain and the statistics do back this up – it’s estimated 1 in 200 teen girls ages 13-19, cut themselves on a regular basis. What little research that’s out there typically focuses on girls; there is scant research on male cutters. I did find one study that claimed 1 in 5 girls will self-injure; 1 in 7 boys do (self-injure encompasses more than just cutting; burning, pulling out of hair, picking at wounds, punching oneself are just a few forms of self-injury).

My MC Liam finds release in his cutting, a type of self-control over his own body when everything else around him is out of his control. Unfortunately, even having this type of control makes him feel more guilty, and the vicious cycle continues. His experience with cutting and dealing with his feelings (and subsequent fall-out from coming out) is based on a true story.

My only hope is that I’ve done the story justice and that any reader out there, male or female, can find they are not alone, and that there is always hope for a better tomorrow. 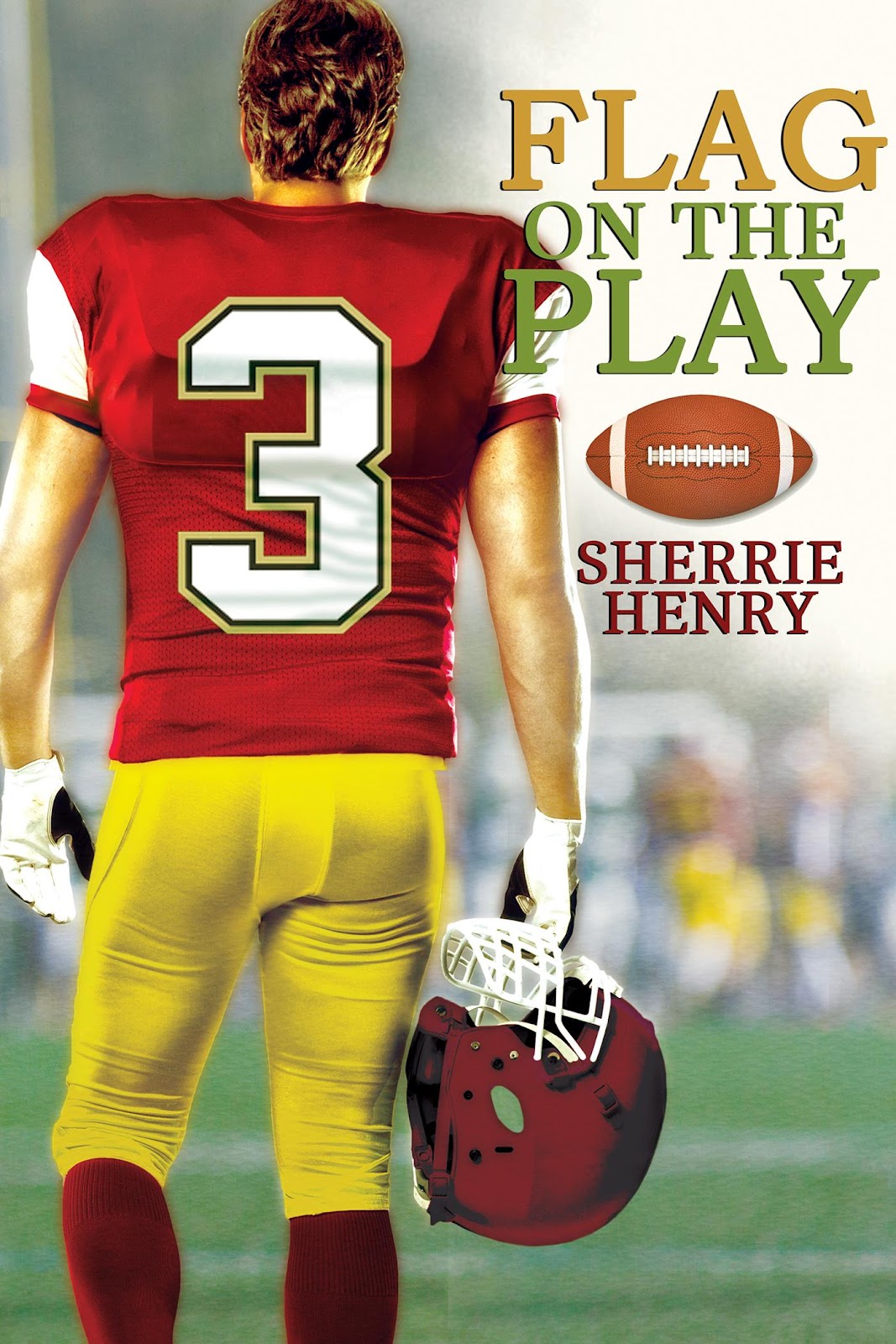 Sixteen-year-old football punter Liam Hartley has come to terms with being gay, but it isn’t something his religious and conservative community will ever accept. He’s isolated in his Midwest town until Cody Williams transfers to his school from Chicago. A proud bisexual young man, Cody shows Liam he isn’t alone—or abnormal—and they soon become more than friends.

Despite the intimate, secret world he shares with Cody, Liam is in pain. The hatred spewed by bigots has an effect on Liam, even if Cody carefully hides their relationship with a pretend girlfriend. Liam is jealous—he doesn’t want to have to share Cody, and he doesn’t want to have to live in shame. Cutting himself seems to be the only way to deal with everything he’s suffering, and things only get worse when Liam and Cody are outed in front of the school. And even if they can make it through the hardship, they know their relationship is destined to end when Cody’s family returns to the city.

Liam can’t go back to facing the hatred and religious judgment by himself. He won’t survive it. Somehow, Liam and Cody must secure a future for both of them, and that means finding a way to stay together.

Liam dumped his gear right inside the door. A dim light came out of the kitchen.
“Liam? You home?”
“Yes, Mom.”
“Have a good time?”
Liam licked his lips and tugged on his t-shirt. He felt a little exposed even though he had been fully clothed for over ten minutes. “Yeah, great time. Diner was hopping.”
Liam’s mom rounded the corner of the kitchen. “Congratulations on the game and thank you for coming home a little early.”
Liam glanced at his watch. It was only eleven ten. They had made great time back to town, even with Liam “distracting” Cody all the way. “I appreciate the trust in expanding the curfew. Wanted to show I wasn’t going to take advantage of it.”
Sarah patted Liam’s cheek. Damn, he was so glad the only light was coming from the kitchen. He and Cody were careful to not make any noticeable marks on skin that would be exposed in the normal course of the day. But being that it was so dark during their make-out session, he wasn’t 100 percent sure there wasn’t something left behind.
“I appreciate that. You’re growing up so fast. Soon you’re going to want to ask permission to go out on a date.”
Liam ducked his head. How on earth was he going to get through another year and a half of high school and not date? What about his prom? “Eh, I have been hanging out with mixed company at the diner.” He’d cross those problems later. For now, he had Cody.
“Anyone in particular?”

“Not really.”
“Well, when you find her, you’ll know.” Sarah yawned. “I’m heading up to bed. Don’t stay up too late. Your dad wants you to help clear some brush tomorrow, now that everything’s died off.”
“No worries here. I’m exhausted. I’m going to make a snack, then crash.”
Sarah started up the stairs. “Night.”
“Night.”
Liam got to the kitchen and poured a glass of milk and grabbed some cookies from the jar. He took his haul up to his bedroom, noticing his parents’ bedroom was totally dark. He set his glass and plate down on his desk and booted up his laptop. His screen was soon filled with Cody’s face.
“Glad you got home okay.”
“It was easier once you weren’t such a distraction.”
“Yeah, well I’m not sorry about that.”
“Neither am I.”
Liam stuffed a cookie in his mouth and downed half the glass of milk. “You made me hungry again.”
“I think we burn what, a couple thousand calories?”
Liam snorted. “I have no idea.”
“I hate we have to sneak around. If this was back home, we could …”
“I know. But we’re here in Podunk hell.”
“So, talk to you tomorrow? I’m not sure I can do much tonight. Between the game and you know.”
“Yeah, same here. I think I could sleep for a week.” He leaned in closer to the screen. “And all my dreams would be about you.”
“Same. Night.”
“Night.” Liam closed the laptop, finished off the cookies and milk, and then stripped down to his boxers. He lay down on the bed and closed his eyes, but his body and mind wouldn’t shut down. He wanted something else. Not necessarily sex, but…. He eyed his knife. Just a little cut, just a little. It’ll be the perfect end to a perfect day.
He tossed his boxers onto the floor and grabbed a wad of tissues. He balanced the knife in his hand, staring at it for long moments. His left thigh bore the remains of his previous efforts, seven little lines crisscrossing each other. His right thigh was pristine. It was time to make a matching pair.

Sherrie was born and raised in Southern Indiana, in a small farming community. A stop-over at Indiana University in Bloomington to earn bachelors and masters degrees was the next step before she struck out to the big city of Chicago. She has lived in the ‘burbs of the Windy City for the past 19 years, currently residing with her dog Rocky and teaching at the local community college. She is a third-degree black belt in hapkido and is considering a run for a fourth-degree before hanging up the ol’ black belt. Writing and photography are her hobbies, and hopes that she can add travel to her hobbies soon.