Happy Friday! I’m Lila and I want to thank everyone at My Fiction Nook for having me today. Dating in Retrospect, my States of Love novella set in Iowa, released two days ago, and one of the things I love the most about it is the cover.
I have heard many stories about how hard it is to find the right cover for a story, but I was lucky enough to have worked with a great cover artist. Well, she’s a great author too. As soon as I received my cover artist assignment, I knew it was going to be great. And then, I had to stop for some fangirling. I’m a big fan of L.C. Chase’s covers, but I love her Pickup Men series.

As part of the design process, I filled a questioner with as much information from my characters and the story as possible. Including any ideas I might have and the style I was looking for. I’m used to doing my own covers so it was hard to tell someone else how I see the cover, but when the samples arrived, I found the one.

The first draft had the perfect characters, fonts, etc. The changes and additions were minimal. For example, Clay’s beard was longer and the sky wasn’t part of the original, but all the revisions were completed in less than twenty-four hours.

I think the magic is in the details. The image in the cover isn’t part of any of the scenes in the book, but it has several hidden treasures that makes it perfect. Things like Clay’s watch—a present from Aaron, the dress shirts—even when they’re at the fields, Aaron’s glasses, the small lines around Clay’s eyes, but specially, their embrace conveys the essence of the story. 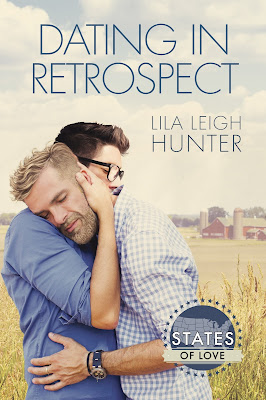 Giving the commencement speech at his alma mater doesn’t fit Clay Keller’s meticulous schedule. As Chief Executive Officer of Travel Mogul—the largest travel connoisseur company on the West Coast—he has no time to get back in touch with his country roots. He left fifteen years ago without a second look, but a medical scare makes him change his mind about the speech and brings him face-to-face with his only regret.

Time always moves slower in Southeastern Iowa, and Aaron Grant loves it. He’s added solar farms to the Grant Lanes portfolio and has been teaching at the local university for a decade. The last thing he needs is to have his tenure application compromised by the return of his ex-boyfriend. If he had known who the commencement speaker would be, he would never have volunteered to be the administration liaison.

A proposal—to date for a year—will help them discover that time changes a person, even when everything else stays the same.

Back to the future and all of that were Clay’s first thoughts as he stepped out of the car. The campus looked the same—Midwest Americana at its best. Redbrick buildings and perfectly pruned trees surrounded him, but as if the last fifteen years hadn’t happened, Clay’s world narrowed to the man waiting at the top of the portico stairs. The only thing time had changed? Them.
“Here’s your receipt, Mr. Keller,” the valet said, interrupting Clay’s musings. He didn’t remember being as young as the valet. Mr. Keller was his father, but Clay didn’t feel like correcting the man’s error.
“Thank you.”
“Not a problem. The man in the light gray suit is Professor Grant. He will be your escort today.”
“Perfect,” Clay responded, smiling at the mention of having an escort at his service, especially one whose body he knew well. With a nod and a tip, Clay left the valet behind, turning his attention back to Professor Grant. Professor. Aaron had done it after all. Clay had never doubted it, even after Aaron decided to stay and work at his family’s farm instead of moving with him to LA. Now he needed to find out if he had a chance with Aaron. At least having him there, waiting for him, had to be a good sign. Today was his lucky day indeed. True, he hadn’t expected to see Aaron so soon. He had planned to stop by the farm after the commencement, but he was ready either way. Life had been rough lately, but having the opportunity to see Aaron again was worth coming back to the middle of Nowhere, Iowa.
He walked casually toward the man he’d left behind many summers ago—a man standing like a prizefighter, waiting for Clay to reach him. With only a couple of feet between them, Clay’s step faltered. Aaron didn’t seem happy to see him, more like he was ready to bolt before Clay got to him. Shaking his head and keeping his eyes on his prey, he closed the distance and extended his hand in greeting.
“Professor Grant, I believe you’re expecting me?” He hoped his smile would ease Aaron’s frown.

“That I am, Mr. Keller. As the university liaison, it is my pleasure to welcome you back to your alma mater and to convey the president’s and the board of trustees’ deepest regards.”
“How long did it take you to memorize that spiel? As far as I remember, you weren’t fond of formalities.” Neither of them let go of the other’s hand. Aaron’s touch, familiar and foreign, branded him in seconds.
“Ass.”
Aaron didn’t expect the hug that followed. As soon as their bodies touched, Aaron tensed, but Clay held him tighter.


“Relax, sunshine. It’s been a while.” Clay let Aaron go, but not before he rubbed his trimmed beard against Aaron’s clean-shaven face as he moved back.

Lila Leigh Hunter is the pen name of a Puerto Rican author with a hyphenated surname. Born and raised on the island, Lila grew up making up stories her siblings pretended to like. But no matter what they say, as the youngest of six, she’s still their mom’s favorite. According to the dusty diplomas on her wall, she’s an architectural designer living in Southern Texas with her husband and four military brats.

She spends most of her free time writing homoerotic romances about middle-aged men finding happiness and the rest hiding from pesky house chores. When outside of her cave, she likes to observe people and try to guess their stories. Sometimes she wishes the voices in her head were real; going out with the boys in her books sounds like a plan made in heaven. 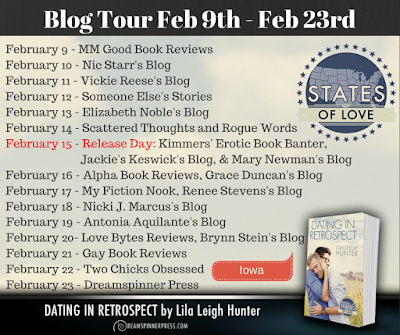