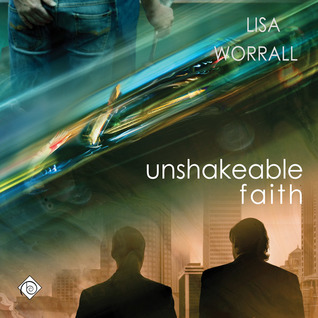 
Of all the bars in all the towns in all the world, the stranger walks into Brody Tyler’s. With no memory and a name he chose from a newspaper, Nash is a gamble—one Brody is willing to take. It isn’t long before Brody and Nash fall in love, but then a tragic accident shatters their cozy world, resetting Nash’s memory once again.

The “new” Nash Walker is a businessman with a bottom line, and he doesn’t care what or who gets stomped on. Waking up in a hospital bed after a hit-and-run with no idea where he’s been for the past six months is bad enough, but someone trying to kill him is even worse. Enter Brody Tyler, accidental bodyguard.

Brody’s determined to help Nash remember and bring back the man he loves. Nash thinks Brody’s a drop-dead gorgeous pain in the ass. If only he could remember….

You've heard the expression one man's trash is another man's treasure, right?

Well this is a case of one man's burden...
Nash's father left him a company to run. Nash had other plans but he loved his father and so he pushed his dreams aside, closed his heart and became just another suit buying and selling other people's dreams. Fulfilling an obligation that becomes a heavier burden with each passing year.

is another man's blessing...
Brody runs a bar that he inherited from his grandfather. He was suppose to sell it and use the money to finance his dream but he loved his grandpa too much and his life plan changed...feeling blessed to keep this part of his grandfather alive and thriving.

This book was for me totally, unapologetically a treat from start to finish. 'Unshakeable Faith' just worked for me. Sometimes I just want a good story to take me out of my head and entertains me and that's what this one did...of course that meant spending a bit of time in Brody's head...which, was ok. I liked Brody, he was gregarious and from the sounds of it one sexy as hell dude with really bad taste in clothes...but, I have great taste when it comes to clothes so I could really help him out there. Brody was also giving and loving and loyal to a fault. I mean seriously when he loved this dude was all in. So yeah, in a nutshell I liked Brody...no scrap that...I loved Brody.

Now moving on to Nash...he was a little harder to love...at times and not nearly as safe to be around. Seems someone wants Nash out of the way, if he could just remember things...like who he is? where he's from? what he does for a living? You know just all those things that help a person carry on with their life. He might be able to avoid getting himself dead.


Thankfully, Brody doesn't care that Nash is a man who can't remember his past because Brody sees a man who needs help and he's kind hearted enough to offer that help. But then if you ask Wyatt, he'll tell you this is Brody's strength and his biggest weakness.

So just about the time Brody and Nash are driving the world crazy with how adorably cute and in love they are...guess what? Nash not only looses his memory...again, he disappears and when Brody finally catches up with him...it's not his Nash anymore. No this Nash is bitter and caustic and wants nothing to do with Brody, hell he has no clue who Brody is other than his bodyguard.

"Unshakeable Faith" was one hella' fun story and I found myself laughing out loud more than once either at one of the perpetual internal monologues that these men were constantly having with themselves or one of the conversations they kept trying to have with each other that frequently ended with one or both of them less than happy with the other.

And now for the audio portion of this review.  Sean Lenhart was the narrator on this venture and I totally enjoyed his narration especially his interpretation of Nash. His slow easy drawl that definitely held a perpetual growl to it when Nash was angry, frustrated or both was awesome as was the snide tone that it developed when Nash as feeling sarcastic or condescending.

I have to admit I had a great movie rolling in my head as I listened to this one. Truth be told I was thinking Hallmark could do this one up right...now if we could just get them to boldly go where they've dared not go before and do a movie with a non-hetero couple. I'd watch it. Even if it did mean no on screen sex. The story is definitely strong enough that it could still be a good thing...a few good kisses and we're golden.

An audiobook of 'Unshakeable Faith' was graciously provided by the publisher in exchange for an honest review.