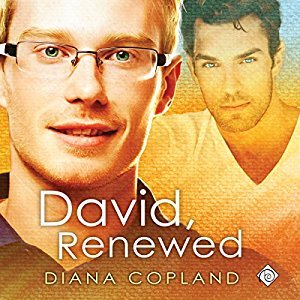 
When interior designer David Snyder buys a beautiful century-old house in eastern Washington, he is reeling with heartbreak and looking for somewhere to put down roots. Unfortunately his new home comes with a laundry list of problems: electrical, plumbing, heating… things David knows nothing about. When his mother offers him the business card of a local handyman, David pictures an overweight, balding man in his fifties. But Jackson Henry couldn’t be further from that stereotype.

Dark-haired, muscular, and handsome, Jackson left a large construction firm in Seattle to take care of his sick mother. However, his hometown still has an active “good old boy” network, and finding employment in construction is almost impossible for an openly gay man. Determined to persevere, Jackson takes odd jobs as a handyman. He’s exactly what David needs—in more ways than one.

David isn’t ready for his attraction to Jackson, not considering the way his last relationship ended. But as the two men get to know each other, it becomes clear that the heart often knows best, and it rewards those willing to listen.

How much I really, really enjoyed this story. Ironically it's been less than 6 months since I first read this book but when the chance to listen to the audiobook came up I was all over it because as soon as I saw the title it made me smile and that's always a sure sign that I loved the book for me.

Once again I went back and took a look at my review after I'd finished listening to the audio version and I'm good with that review and once again it seems that it was another long, rambly one but there's really nothing that I would change about it so...if it ain't broke, don't fix it. Here's the link, if you want to check it out...
David Renewed - original review

The only real difference this time around was that I listened to the audiobook which was narrated by Michael Pauley, who is another new to me narrator, but if future audiobooks prove to be as enjoyable for me as this one was it won't be the last time that I listen to this narrator.

I was totally into this one so much so that I was more than a little annoyed when real life intruded and I had to stop listening the first day. I loved Michael Pauley's interpretation of how these characters would sound when they spoke for example even though both David and Michael were not considered to be big, hunky macho dudes. Their voices were not what would be considered that of the make my ears bleed, over the top, squealing drama queens either and in general the voices just worked for me I was able to attache them to the physical representation that my mind had created and wasn't jarred out of the story with any 'what the hell? there's no way that person would sound like that' moments.


In fact I can happily say that it's looking like I might have found another narrator whose name will go on my list of 'narrators I really like'. As I've been doing this review I've been listening to samples of other audiobooks by this narrator and so far I'm liking what I'm hearing.

Originally I gave 'David, Renewed' 4 stars and other than the fact that this time around I did the audiobook not a lot has changed but I'm going to bump my rating up to 5 stars to reflect the fact that not only did I enjoy the story just as much this time but I also really enjoyed the audiobook and was definitely impressed with the Michael Pauley's narrating skills which enabled me to enjoy this story the second time every bit as much as I did the first...maybe even a tiny bit more.

An audiobook of "David, Renewed" was graciously provided by the publisher in exchange for an honest review.