Blogtour: Pieces Of Me by Melanie Hansen

Deep in the heart of the Florida Panhandle, Scott Ashworth’s bleak life stretches out before him with not much hope for the future. His hardscrabble days are brightened by the arrival of a new stepbrother, Rylan Mahoney, who quickly becomes the friend Scott so desperately needs. Their relationship has just started to deepen into more, when during the course of one terrible night, what Scott overhears sends him fleeing from his home, never to return.

Flash forward six years, and Scott is now the hottest club host on the Phoenix gay scene. He takes what he wants, does what he wants, and does whom he wants. It’s a good life, but the journey to local popularity and fame wasn’t an easy one. For all that Scott’s looks are a blessing, at the same time they’re a curse—the source of his alcoholic mother’s inexplicable hatred.

Rylan dreams of photojournalistic glory. He’s in Phoenix looking for the story of a lifetime, but the project isn’t coming to fruition. Needing rent money, he accepts a gig at Phoenix Pride hawking lewd lollipops and edible condoms…all while wearing gold lamé hot pants and a matching bow tie. When Rylan’s house keys and street clothes go missing after his shift, he’s desperate, until a stranger in a convertible stops to help.

The man is absolute sex on legs, and Rylan is jolted when he recognizes him—his stepbrother Scott Ashworth, long missing but suddenly larger than life. Reunited after six years apart, Scott and Rylan are determined to put their past behind them, but fate intervenes and leaves their future in jeopardy once again.

Rylan was gasping for breath, feeling like knives were stabbing into his side. His legs were rubbery from exertion, and sweat was pouring from him.

Scott was dripping wet too, his body glistening with an all-over sheen, but he wasn’t even breathing hard…damn him. He’d run—run—up to the summit and back down…twice…while Rylan was still struggling to reach the halfway point.

“Channel that hate, Mahoney,” Scott called out to him, laughter in his voice, “and use it to climb! Deep breaths in, blow it out. Keep that oxygen flowing!”

Rylan wanted to snarl at him, tell him to shut the fuck up, but he couldn’t spare the breath. The heat was making black spots dance in front of his eyes, and he stopped to drink some of the water Scott gave him at the trailhead. His camera felt like a deadweight hanging around his neck, and more than once Rylan was tempted to fling the fucking thing over the side of the mountain. Why had he agreed to this?

“It’ll be worth it at the top, Ry,” Scott coaxed, jogging lightly in place while he waited for Rylan to finish drinking. “Stunning panoramic views of the Valley. It’s gorgeous.”

Rylan capped his water and put it on the ground, bending over at the waist to prop his hands on his knees, letting his head hang while he caught his breath. “It better be worth it, or I’ll push you off,” he threatened, biting his lip to hide a smile when Scott laughed. He looked up just in time to see Scott snap a picture of him with his phone, and Rylan straightened indignantly.

“What the hell? Delete that!” he demanded, only imagining how wrecked and disgusting he was right now. In contrast, Scott was absolutely mouthwatering, all golden brown skin and ridged muscle, his tank top long since shed and tucked into the waistband of his shorts, which rode low on lean hips. All Rylan could think about was kneeling at his feet to lick up every drop of sweat coursing over his incredible body.

Shit. Hiking with a boner would make things even more difficult.

“I’ll delete it if you keep walking,” Scott taunted. “Otherwise, it goes straight to my Instagram for everyone to see. And what a sight you are,” he teased. “Red-faced and drenched, like a little drowned rat.”

“I’ll get you for this—” Rylan growled, lunging at Scott, who danced easily out of reach.

“So many awesome filters I can use,” Scott called back over his shoulder as he moved on ahead. “So many captions begging to be written. Come get me, Ry!”

Rylan lurched after him, focusing on Scott’s voice, on his mock threats, his gentle encouragement, until at last…at last…they emerged from the shadow of the trail onto the summit. Rylan didn’t even bother to look at the views, just staggered to a small outcropping of rock and collapsed down onto it, his legs shaking.

Several people milled around at the top, taking pictures, drinking water, laughing, and high-fiving. Scott headed toward a small group to fist-bump a guy whom Rylan recognized as one of the go-go boys at the club, a skilled pole dancer whose flexibility while wearing a miniscule Speedo had drawn quite a crowd.

After a few minutes, though, Scott left them and flopped down on the ground next to Rylan’s feet, reclining back on his elbow in the dirt, one knee drawn up. “You made it. I’m proud of you,” he said sincerely. “It’s not an easy climb for a beginner.”

Rylan pouted. “Tell me about it,” he groused. “My legs feel like spaghetti, and I’ll probably have to slide back down on my ass.”

“Now that would be a waste of a mighty fine ass,” Scott drawled, craning his neck back as if he was trying to get a glimpse of it.

Rylan was enjoying the harmless flirting, and he playfully flicked some of his water in Scott’s face. They shared a smile, and Rylan reached down to put his hand on Scott’s shoulder, giving it a squeeze.

“Thanks for helping me,” he said softly. “I would have quit long ago, but you challenged me to make it.”

“I’ll have to remember that threats to your vanity work on you,” Scott said, grinning. “Makes you putty in my hands. But you’re welcome.” 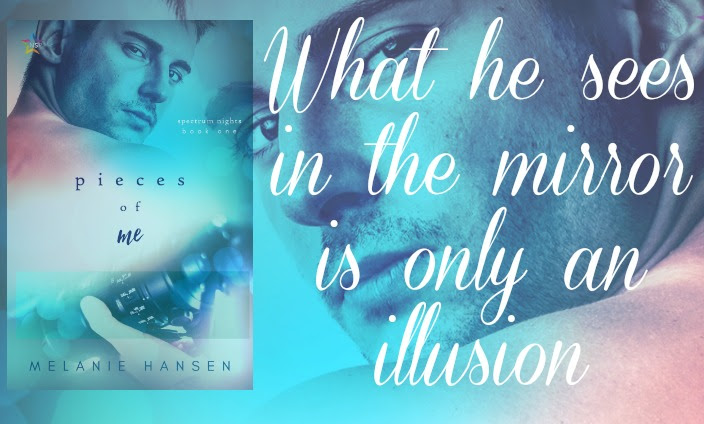 We snagged an interview with the author!!


Do you have any advice for all the aspiring writers out there?

A week before my first book came out, I attended an author workshop in Orlando.  Everyone was so supportive, and the main words of wisdom I took away from that weekend was ‘not every reader is your reader.’  If you’re happy with your story and you did your best, that’s all that matters.  Some readers will love it, some may hate it.  You won’t speak to everyone, and no matter how many great reviews you get, there will be some bad ones too.   Expecting everyone to be your reader will lead to discouragement, stress and unhappiness.  I read a quote recently that said, ‘A good book will find its readers.  So just write a good book.’  Write your book, and don’t be afraid of what others will think.   Those pieces of advice help me get through the angst and stress of each release day, and gives me the courage to keep writing!

We’ve all got a little voyeurism in us right?  If you could be a fly on the wall during an intimate encounter between two characters, not your own, who would they be?

Marcus and Thomas from Joey W. Hill’s Rough Canvas.  If you want to know why, read this free, and oh-so-hot, Christmas vignette featuring them.  Yowza.

It’s pretty pathetic right now, to be honest, but at least there’s some chocolate wine.

Invisibility, for sure.  See the voyeurism question above.  There are quite a few real-life bedrooms I’d love to, um, observe.

Most definitely Tom Hannity from my short story Love and the Exorcism!  He lives on the beautiful coast of Florida, he owns a flower shop, and he’s got a smart, gorgeous boyfriend who worships the ground he walks on.  No-brainer!

Since I have two loud, obnoxious preteen boys, pretty much anywhere away from them would be great.  I’m not too picky, as long as it’s quiet.  But if I could have anything I want, it would be a cabin in the woods with a fireplace, a fully-stocked kitchen and plenty of coffee.

What's the one thing, you can't live without?

It would have to be my iPhone.  Not gonna lie, I’d have it surgically attached to my hand if I could.

First, romance author Joey W. Hill, who’s my author idol.  She writes with such beauty and depth of emotion, and I’d love to sit at her feet and learn all her secrets.  Second, Sebastian Junger, whose books and film documentaries about our combat troops in Afghanistan have both educated and touched me deeply.  Last but not least, m/m romance author Taylor V. Donovan, who’s become a very good friend but whom I have yet to meet in person!  She’s also written one of my favorite series, the By Degrees series, so I’d love to pick her brain about that, get the insider scoop.
When you got your very first manuscript acceptance letter, what was your initial reaction and who was the first person you told?

I was at work when I got the email with my first contract offer, and I immediately Facebook-messaged my two best friends, flailing and screaming in all caps and with gifs!  They’ve been supportive since day one, and I don’t know what I’d do without them.  Online friends are the best friends!

Melanie Hansen has spent time in Texas and Florida prisons…for work. She’s been in a room with a 17-year-old mass murderer who was also one of the most soft-spoken and polite teenagers she’s ever met. After a 13-year career as a court reporter, she can tell many stories both hilarious and heartbreaking.

She grew up with an Air Force dad, and ended up marrying a Navy man. After living and working all over the country, she hopes to bring these rich and varied life experiences to her stories about people finding love am

idst real-life struggles. Melanie left the stressful world of the courtroom behind and now enjoys a rewarding career transcribing for a deaf student. She currently lives in Arizona with her husband and two sons.

One lucky winner will receive a $50.00 Amazon Gift Card!
a Rafflecopter giveaway