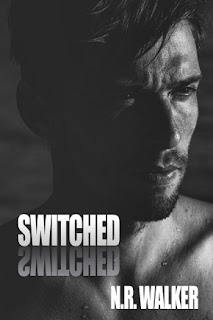 
Israel Ingham’s life has never been easy. He grew up in a house devoid of love and warmth. Nothing he ever did was good enough. The fact Israel is gay just added to the long list of his father’s disappointments.

Then a letter from Eastport Children’s Hospital changes everything.

A discovery is made, one of gross human error. Twenty-six years ago two baby boys were switched at birth and sent home with the wrong families.

Sam, Israel’s best friend, has been his only source of love and support. With Sam beside him every step of the way, Israel decides to meet his birth mother and her son, the man who lived the life Israel should have.

Israel and Sam become closer than ever, amidst the tumultuous emotions of meeting his birth family, and Sam finds himself questioning his feelings toward his best friend. As Israel embraces new possibilities, he needs to dissect his painful relationship with his parents in order to salvage what’s left.

Because sometimes it takes proof you’re not actually family to become one.

What sorcery is this? Nic Walker waves her author wand, and POOF!

- BFFs-to-lovers (Israel and Sam have been friends for more than a decade. Sam is the first person Iz turns to, always.)

- friendship (Israel and Sam's friends are supportive and hilarious. They call Israel "Captain" and sing the SpongeBob theme song; it's a bit of an inside joke. Incidentally, I googled the theme song. That was painful.)

- family (but not family DRAMA)

- love & sex (YES! This is one of Walker's steamier reads; I LOVED the slow burn and the scorching chemistry the MCs had together. That slow grind & dance was everything. HOT!)

- enough angst for some real hurt/comfort, but balanced with humor and banter (I absolutely adored the interactions between Sam and Iz. Is there anything sweeter than falling in love with your best friend?)


As the blurb states, Israel, raised by a series of nannies and gardeners, finds out he was switched at birth. This sounds très dramatique, but it's handled beautifully. Not for one moment did this story feel like a soap opera.

As Israel navigates the long road of meeting his birth family and coming to terms with the anger and resentment he feels toward the father who raised him, Sam is Israel's rock, his constant.

The relationship between Sam and Israel is built on trust and respect. It doesn't hurt that Sam is kind of a bossy shit, and Iz secretly loves being ordered about a little. The way Iz and Sam came together was PERFECT and funny. Oh, yes, their friends enjoyed the show.

Strong writing, awesome MCs, and an interesting exploration of family dynamics made this book unputdownable (that's totally a word).

5 stars and then one more.

People say that life is the thing, but I prefer reading.