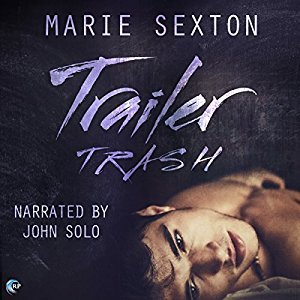 It’s 1986, and what should have been the greatest summer of Nate Bradford’s life goes sour when his parents suddenly divorce. Now, instead of spending his senior year in his hometown of Austin, Texas, he’s living with his father in Warren, Wyoming, population 2,833 (and Nate thinks that might be a generous estimate). There’s no swimming pool, no tennis team, no mall—not even any MTV. The entire school’s smaller than his graduating class back home, and in a town where the top teen pastimes are sex and drugs, Nate just doesn’t fit in.

Then Nate meets Cody Lawrence. Cody’s dirt-poor, from a broken family, and definitely lives on the wrong side of the tracks. Nate’s dad says Cody’s bad news. The other kids say he’s trash. But Nate knows Cody’s a good kid who’s been dealt a lousy hand. In fact, he’s beginning to think his feelings for Cody go beyond friendship.

Admitting he might be gay is hard enough, but between small-town prejudices and the growing AIDS epidemic dominating the headlines, a town like Warren, Wyoming, is no place for two young men to fall in love.

I decided to try something new...

Ok, not totally new. I have listened to a couple of audio books in the past and for whatever reason the experience just didn't work for me so I decided to stick with my e-books. However, I've recently had some conversations that have made me re-think this decision and one of those conversations afforded me the opportunity to listen to 'Trailer Trash' by Marie Sexton and narrated by John Solo.

So I'm hoping that you'll bear with me as I find my way around the world of audiobook reviews because for me it's a totally different media form. When I'm reviewing an e-book it's a twosome me and the story. So I try to talk about the story, what worked for me and what didn't but with audio books what I figured out real fast is it's definitely a threesome...me, the story and the narrator and if we're not all on the same page well then somebody's not going to have a good time and chances are it's going to be me.

First off let's start with what I'm comfortable with the story....

Trailer Trash is about two young men coming of age in the 80s at a time when being gay was far less accepted and while the awareness of AIDS was on the rise so were the number of people contracting this disease and sadly it was prevalent in the gay community. In some minds it meant being gay was a the same as a death sentence.

Cody Lawrence has lived most of his life in Warren ,Wyoming and as far as he's concerned when you live on the wrong side of the tracks nothing good ever happens in a place like that...well, nothing good until Nate Bradford arrives.

Nate's convinced his life has gone to hell in a hand-basket. it's bad enough his parents are suddenly getting a divorce but now his dad's accepted a job on Warren's police force and is moving him to a nowhere town that looks more and more dismal with each passing day and then he meets Cody.

Their friendship develops over the course of the summer and while they both feel their growing attraction towards one another, they also both try to hide it for fear of losing the only friend they have.

'Trailer Trash' is the story of how two young boys navigate a world that seems to be stacked against them in order to find a way to be together. Cody wants to distance himself from Nate  because he thinks he's not good enough for Nate and it's with sheer determination and an inner strength of steel that Nate fights to get past his barriers and show him that they can be good together and that as long as they love each other, have faith and believe in what they have it can work and they'll find a way to make it work.

Cody for all his tough exterior was an intelligent and sensitive young man who's become a bit jaded by the harsher side of growing up on the wrong side of the tracks in a small town where peer pressure and social standing were given to much importance. While Nate had grown up with many of the life advantages but he hadn't lost his ability to see the world that truly surrounded him and judge a person for their true value and worth.


I loved how the author gave me a feel for the time and the setting without making things overly dramatic and so seamlessly took me back to a time that I think most of us have either forgotten about or just experienced from a very different vantage point. So while this book is set in a world that I lived in it's also set in a different world than the one I experienced and had me seeing that time from a different perspective.

For me 'Trailer Trash' was a story about being true to yourself, following your heart and having the strength to do what you know is right and not necessarily giving in to the pressure of others and taking the easy way out. I found it to be a moving and poignant story told without a lot of unnecessary sentimentality but with a realism that was heartbreaking and yes at times left me with tears.

What all that comes down to is yes, I really, really liked this story so how did I feel about experiencing it with someone else providing the voices that my mind usually fills in. Surprisingly and happily I enjoyed it. I was for the most part very impressed with John Solo's narration. Going into this I had 2 concerns one of which was that everyone would sound alike and I'm more than happy to admit that this fear was unfounded. I had no problem knowing who was speaking and was easily able to identify Cody or Nate's voices within the first few pages and as new characters were added Mr. Solo gave me new voices to attach to them. My second reservation was that the voice that the narrator gave to a character wouldn't be the same as the one that I would have given them and what I realized was that when I'm reading a book while I give a character a voice it's not a specific sound, I'm sure if I can explain this but when I'm reading if a certain character has say a deep, gravelly voice while my brain might mentally reflect that in any words spoken by the character my hearing doesn't have a specific voice to attach to those words so if the narrator gives me those words in a deep, gravelly tone it worked for me.

I actually enjoyed 'Trailer Trash' so much that I'm already listening to my next audio book and I have another book by this narrator that I'm looking forward to as well. Will I quit reading...nope, but I've finally decided that I now have yet another way to enjoy books for those times when I still want to read but I need to do other things...books to listen to while I'm quilting and stitching...while the hockey game is on or during the football game...I now have a whole new world of potential...life just got better because...more books how could I have ever thought this idea wouldn't work?

An audible copy of this book was provided by the publisher in exchange for an honest review.