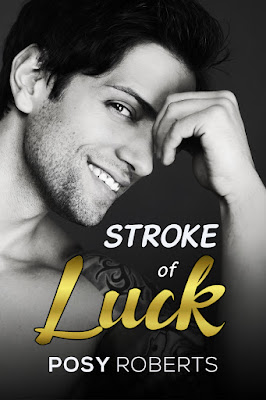 You're gonna fall in love with me. You're already halfway there.

After everything Marc owned burned to a crisp, he’s living off the kindness of others. A model condo is his temporary home, and his last dime went to essentials. He doesn’t need another distraction, but the fates conspire against him, setting up a chain of encounters that bring him face to face with Cas. Cas’s love life has been in limbo for years, lovers moving on as soon as they discover how close he is to his best friend, Maisie.

Then he meets Marc. The attraction between the two men can’t be denied, but Cas isn’t sure he can risk his friendship for a guy who will only end up leaving when he sees how close he and Maisie are. When Marc and Cas discover they live in the same building, it’s kismet. But Marc has to invite chaos into his life if he and Cas stand a chance, and Cas faces a choice between friendship and love. Luck may be on their side... if they're willing to risk it all.

Scene setup: Marc is shopping for kitchen items and clothes at Goodwill to replace what burned in a fire a week ago. He runs into Cas and Maisie looking for Halloween costumes.


“Oh. My. Gawd!” the blonde woman said, voice rising in pitch with each word.
“What do you think?” A built guy with jacked-up shoulders and an amazing ass that had been poured into tight, red jeans walked in front of Marc and over to his previous dance partner. The guy wiggled his hips in a mesmerizing way.
“Cas… oh my God. Turn around! Let me see that ass.”
Marc watched as… Cas turned. The woman spanked him, and Cas stuck his ass out as if asking for “another, please.”
“They look amazing. What do you think?”
“Hmmm.” Cas looked over his shoulder at his reflection in the mirror, and Marc noticed a white streak in his dark hair, about two inches wide. “Well, Maisie, I think these are it. Now, if I can find a red leather jacket, that would be great. You still have those leather pieces at home from the vest you made last year, right?”
“Yeah. You gonna embellish?”
“Mhmm.” Cas marched over to the jackets and stood right across from Marc. Maisie went back to picking through the racks a few rows away.
Marc found himself staring outright at the hot guy and studying that streak in his hair. He tore his attention back to the coats, hunting for something that could serve for both work and casual. A peacoat would be nice, if he could afford it.
“Look at this!” Cas was enthusiastic as he slipped on a hideous red jacket, but Maisie ignored him.
Marc couldn’t keep his snort of laughter in. The coat was that bad.
“Something funny?” Cas asked with a bitch brow.
Marc bit his lip and shook his head before double-checking the size on the coat he’d just found. He slipped it over his shoulders. It felt comfortable.
“What? What’s so funny?”
“Nothing. I’m sorry. It’s just….”
“Laughing at the queer guy willing to try something besides black or navy, huh?” Cas gestured to the navy wool coat Marc wore.
“No. It’s not that. It’s just that… you look… you look like….”
Maisie came to the rescue. “Get that off, Cas! You look like Michael Jackson. All it’s missing is silver zippers and spangles on the shoulders. Off!”
Marc slipped the navy coat in his cart and had started to make his escape when he was stopped by Cas’s apology. “Sorry, man.” When Marc turned back, he was glad to see the hideous coat was no longer on Cas, and Maisie was tucking it deep between other clothes so no one else needed to be accosted by it. “I didn’t mean to imply you were homophobic or anything.” Cas shrugged.
“I’d be a hypocrite if I were.” Marc gave Cas what he hoped was his warmest smile, and then he winked. 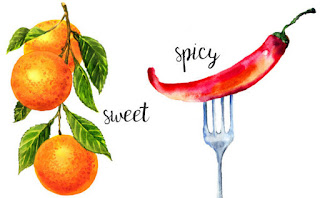 Stroke of Luck is about Marc and Cas. Both are bisexual men who have been with a variety of partners ranging in genders and sexualities. When they run into each other shopping at Goodwill, Cas is particularly ambiguous about his sexuality. He flirts with the woman he’s with, Maisie, he calls himself queer, and then he and Maisie are affectionate. Marc never jumps to conclusions, but remains open to whatever he sees, even if he would love to get Cas’s number.


I’m bisexual, and I’m often assumed to be straight because I married a man. That’s a form of bierasure, which is a topic being discussed more often. Bierasure is common and frustrating. For me, the most recent example was when a local women’s magazine asked to interview me about my writing for a Banned Book Week article. I answered questions about MM Romance, the readers in the genre, and writing for underrepresented populations. Not once was my sexuality discussed. I didn’t bring it up or feel it necessary to since the article was about banned books and literature that is still considered taboo to many. So when the article came out and I was labeled as a “heterosexual woman,” I felt defeated.
I stewed. I considered writing to the editor of the publication to have a correction printed. I probably should’ve, but instead I do as many writers do. I wrote a story instead.
I ended up writing about characters who didn’t take anything for granted, who made zero assumptions about the sexuality of the people around them. Writing about bisexual men fit very well. In my own life, I do my best to not consider a person’s sexuality until they’ve chosen to disclose it. I wasn’t always that way. I grew up in the stereotypical, box-checking 80s, after all, despite the preppy-pink-Oxford craze. But thankfully I’ve had some very good teachers in my life, including those people who chose to erase my sexuality by either not bothering to ask or assuming I’m straight because I’m married to a man.
I’m not sure how readers will take to the ambiguity in the story, but I’m interested to find out. I love that, despite all Marc sees and hears from Cas, he still doesn’t jump to conclusions and, instead, let’s Cas know that if they’re going to be together, Cas had better know Marc is bisexual from the start.
Why?
Well, that’s a whole other issue that many bi and pansexual people face when dating: being told to “decide finally” or to “finally come out all the way gay or straight.” And then there’s the whole jealousy thing that often happens. Many partners of bisexual people feel insecure in their relationship because they worry all needs won’t be fulfilled. Reality? No one person can fulfill another person’s needs entirely. That’s too much to ask of anyone. So to not have to deal with that as a central issue in this story was very freeing.
To be able to explore all these issues that many bi and pan people experience, was healing for me. I was able to write a sweet story about two wonderful men who were able to fall in love rather than an angry letter. And even better, Cas and Marc were allowed to have new conversations rather than dealing with the same old, same old.
So when I was deciding who I should dedicate Stroke of Luck to, there was only one choice. It goes out to all those who refuse to make assumptions. Marc, Cas, and I thank you for that.

Posy Roberts writes about the realistic struggles of men looking for love. Whether her characters are family men, drag queens, or lonely men searching for connections, they all find a home in her stories. Posy is a Jill of all trades and master of the drill and paintbrush. She’s married to a partner who makes sure she doesn’t forget to eat or sleep during her writing frenzies. Her daughter, a budding author and cinematographer, helps her come up with character names. For fun, Posy enjoys crafting, hiking, and singing spontaneously about the mundane, just to make regular life more interesting.

What is/was your favorite Halloween costume? Tell us in the comment section. Alternatively, what are your thoughts on Posy's guest post on Ambiguous Bisexuality? Have you had similar experiences?

Every unique commenter below will be entered into a giveaway for a copy of any title from Posy's backlist, e-book format. Winner will be drawn on 11/5/2016. Please be sure to include your email address so you can be contacted if you win.