Please welcome B.G. Thomas, one of the author of 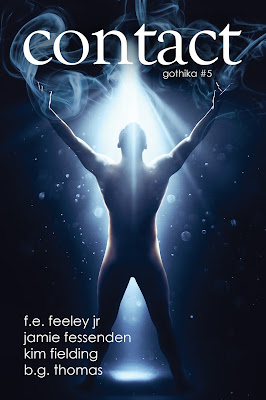 Since ancient times, humankind has looked into the night sky and wondered: Are we alone? Are there other civilizations beyond the stars? Will we ever encounter these beings? Who are they, what are they like, and what might they want with us?

These questions are about to be answered, but those who discover the truth might wish they had never asked. On the other hand, some might find salvation in visitors from other planets. For while some aliens are hostile, others are benevolent. Some have little in common with humans, but for others, the need for love and acceptance is universal. Lives will intersect and otherworldly passions will ignite as four acclaimed authors of gay romance explore first contact—and where it can lead.


Romance from the Stars; What Could Be More Romantic (I Really Mean this!)

Well first of all, if you are a reader who only likes the Harlequin approach to romance—and there’s not a darn thing wrong with that, believe me!—then this probably isn’t the book for you. If, on the other hand, you believe that there is a romance at the heart of every great story, then perhaps you should stop and look this anthology over. I mean, is there anyone who doesn’t look up at night and see a light moving across the starry sky and, at least for an instant, wonder if that might not be something besides a plane? I mean when it’s path through the sky is a little weird perhaps, or the blinking colors are a little… different. Or maybe, just maybe, it does something strange?

Did you know that Sammy Hagar, the classic rock and roll star, claims to have been abducted by aliens when he was around eighteen years old? He is quick to say that this was long before he ever drank or did any kind of drugs. He says the experience changed his life. He’s adamant that it happened. That he was lying in his bed one night when he realized he was being… well, downloaded or uploaded by two strange beings who were in a floating ship about eleven miles from his house. He also says that when he was about four, he saw what could only be described as a car without wheels floating across a field and kicking up a little dust storm. “I threw rocks at it and shit. And I don’t know what happened after that.” Things that make you go “hmmmm….”

When I was in high school, I was looking out my window one night and I saw a light moving slowly across the sky—plane, I thought—when it suddenly shot off very quickly at a 90 degree angle. I actually gasped. And shared the story with almost no one. After all, I was the nerd of Wheeling High School, and I loved Star Trek. I daren’t say a word! But I never forgot it, nor forgot that it could have been anything. And of course, if it could have been anything, then why not a….

Then there was the time I was driving home from my boyfriend’s house—the guy who eventually became my husband—and I… lost time. He lived about two hours away, and for some reason it took me about four hours to get home. The routine was when we got home from visiting each other, we called to say we got home safely. I called R, and he was mad! “What took you so long to call?”

Long? I wondered. Long? And then I saw the clock. Cue Twilight Zone theme song. Now I am certainly not saying I was abducted by aliens! LOL! Goodness no. But…. I’ll admit to getting shivers now and then. And I tried to drive home after that while the sun was still in the sky. Silly, yes! I know. But R’s house was way out in the country… and those roads were long and lonely, with scarcely another car passing me in the night. 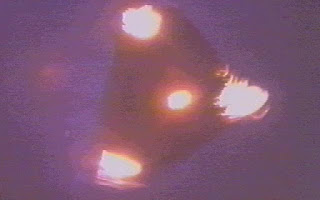 It certainly gave me the idea for my story, “Unusual Attention.” When it was decided that the fifth volume of Gothika would be about aliens, I knew what my story was going to be about. I knew my take wouldn’t be about sexy aliens, but about two gay men—just starting their relationship—who find that a big reason they were drawn together—these guys are as different as night and day and hardly the kind of guys you’d think would be interested in each other for more than a one-night stand—is that they’ve both been abducted.

Adam, from whose point of view the story is told, tries to stay away from Shane after that. Come on! Aliens? And as hot as he thinks Shane is, and as much as he is finding himself having deep feelings for the man, it’s all just too crazy. He does not want to get involved with someone who believes in such stuff. What’s next? Santa Claus? The tooth fairy? No! Big Foot? The Loch Ness Monster?


But the thing is, he really is falling in love with Shane. Big time! Shane is a wonderful man. Adam finds he just can’t stay away. And in the meantime he starts doing a lot of research on aliens and especially the famous beings known as “Greys.”

It all leads to what I hope is a surprising and entertaining and yes, very romantic conclusion.

That was my take on the theme of alien abduction in volume five—Contact—of the highly praised anthology Gothika. It has been quite an honor to be a part of a book that involves such writers as Eli Easton, Jamie Fessenden, Kim Fielding, Sue Brown, and with this volume, F.E. Feeley Jr. And one of the things I love about being involved with this series is that we each take quite a different approach. 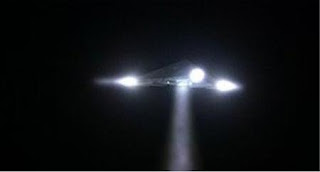 In Jamie’s story, Marc receives a frantic call from a friend who insists he’s been abducted by aliens. And then Marc is abducted himself. There are two races of aliens, one offering very sinister plans for mankind, and a member of the other offering something else entirely for Marc.

Kim’s story is set during WWII. Martin Wright runs the Kitee Motor Court Inn and offers Walter a place to stay for a few nights. Later, Martin offers him a great deal more. But while Martin is a delight, he also harbors secrets—and there’s something not quite right about Kiteeshaa. No matter how far the two men have traveled, they can’t run away from their pasts.

And in F.E.’s story, George is a blogger who has a kindred soul in a longtime online friend he only knows as Universal47. Over the years George actually develops feelings for him and when the time comes to meet him in person, there may be a truth that is much more than George is ready to accept.
Four different authors, four pretty different approaches to the phenomenon of alien abduction. But rest assured. This is Dreamspinner Press we’re talking about.
Know there will be all kinds of wonderful romance as well!

B.G. is a novelist and blogger. Every day last year he made and entry in his blog. “365 Days of Silver,” where he found something every day to be grateful for. You can find it right here: https://365daysofsilver.wordpress.com/

B.G. loves romance, comedies, fantasy, science fiction and even horror—as far as he is concerned, as long as the stories are character driven and entertaining, it doesn’t matter the genre. He has gone to conventions since he was fourteen years old and has been lucky enough to meet many of his favorite writers. He has made up stories since he was child; it is where he finds his joy.

In the nineties, he wrote for gay magazines but stopped because the editors wanted all sex without plot. “The sex is never as important as the characters,” he says. “Who cares what they are doing if we don’t care about them?” Excited about the growing male/male romance market, he began writing again. Gay men are what he knows best, after all. He submitted his first story in years and was thrilled when it was accepted in four days.

“Leap, and the net will appear” is his personal philosophy and his message to all. “It is never too late,” he states. “Pursue your dreams. They will come true!”

Visit his website and his author blog at http://bthomaswriter.wordpress.com/ where you can contact him. He loves to hear from readers and is always quick to respond. You can also find his Facebook at https://www.facebook.com/bgthomaswriter