After graduation, Kieran expected to go straight into a career of flipping burgers—only to be offered the internship of his dreams at a political campaign. But the pressure of being an out trans man in the workplace quickly sucks the joy out of things, as does Seth, the humorless campaign strategist who watches his every move.

Soon, the only upside to the job is that Seth has a painful crush on their painfully straight boss, and Kieran has a front row seat to the drama. But when Seth proves to be as respectful and supportive as he is prickly, Kieran develops an awkward crush of his own—one which Seth is far too prim and proper to ever reciprocate.

He leads the way to the place he picked out, a fancy downtown cocktail lounge overlooking the river that runs through the middle of the city. It’s the kind of place he’d never go himself, a swank and expensive joint, but with Seth, he thinks he can make an exception. Even if it means he’ll only be able to afford one drink.

Kieran elbows him. “You fucking bet it is.”

They get a booth by a window; the lounge has serious mood lighting, soft purples and blues and candles stacked at the end of the table. Outside, the river is lit up bright, bands of roving locals and tourists mingling on the riverwalk. The waitress checks both their IDs—Seth looks surprised and flattered when she asks for his—and goes away with their drink orders. A frozen strawberry margarita for Kieran, and a scotch on the rocks for Seth, because apparently their alcoholic drink choices are the opposite of their Starbucks orders.

“See, man?” Kieran says. “You’re young enough to look like a college freshman trying to drink at a bar.”

“Fair enough,” Seth says. The purple-blue lighting makes him look younger. Smiling does, too. “Would you like something to eat?”

Seth shrugs. Probably because he makes more than seven bucks an hour at his job. “I don’t mind,” he says, and before Kieran can argue he’s flagged down a waiter. “What do you want? I’ll pay.”

Kieran cannot deal with Seth buying him dinner on top of everything else he’s done today. “You don’t have to. It’s fine.”

Seth frowns. “Call me old, but it’s better to eat something with alcohol. You have a young liver, but I don’t. What do you want?”

Kieran chews on his lip, face red. “Uh, the fries. I guess.”

Seth orders the fries and a plate of tiny, egregiously expensive crab sliders. Kieran tries to remember that the money doesn’t mean anything to Seth, that he doesn’t need to feel so mortified by the guy buying him dinner.

Then his margarita arrives, and it’s huge. Big, red, and juicy, with a ripe strawberry on top. Kieran whoops, forgetting his mortification. “Don’t know why you ordered scotch,” he says, sucking the strawberry between his lips. “Fruity drinks, man.”

Seth clears his throat and looks away. “I get enough sugar in my coffee.”


Seth smiles a little, and the conversation lapses, but Kieran can’t let that happen, because he’ll have to think about all the nice shit Seth keeps doing for him and then he’ll feel weird. “Hey,” he says, in desperation. “Tell me something about you.”

“Like anything. Tell me about Seth: the guy, not Seth: works for the Heidi Norton campaign. I feel like all I know about you is that you have a cat and spend way too much time staring at Marcus’ guns. I’ll say this for the guy—at least he works out.”

Seth pretends not to hear that last part. “Well, you and I have the same degree.”

“Where’d you get yours from?”

“I liked it,” Seth says. He looks out the window at the tourists wandering by. “It was hard to find a job I wanted. I had friends in San Antonio, so when I found work here, I came to join them. They all wound up moving away eventually. I’d been following Heidi Norton for a while, and I liked her campaign, so when I had the opportunity…”

“Wait, wait, wait.” Kieran takes a bold swig of margarita and leans forward, elbows on the table. “I didn’t dive into your life story just to wind up back at the campaign office. What’d you do before? Hell, what do you do now?”

“Apparently I go drinking with the office intern,” Seth mutters, looking out the window.

Seth’s face goes through several emotional shifts, from bewildered to concerned to vaguely amused. “I suppose?”

“Yep.” The food shows up then, thankfully, and Kieran gets to cramming fifteen dollars’ worth of fries into his mouth. “Way to avoid the question,” he adds, through a mouthful of potato. “What do you do? Marathon soap operas? Laser tag?”

“History,” Seth says. “I go to a lot of museums, and I read. Occasionally I marathon documentaries, if that counts as a marathon.”

“I can introduce you to Dragon,” Seth says, relaxing.

“Yeah?” Kieran’s heart jumps, and for a moment he doesn’t know why. Then he pictures going over to Seth’s place, invading whatever squeaky-clean little bachelor pad he lives in, and snuggling Seth’s cat, and…what?

Then he realizes. In his ideal world, this ends with going back to Seth’s place. He’s so fucked. 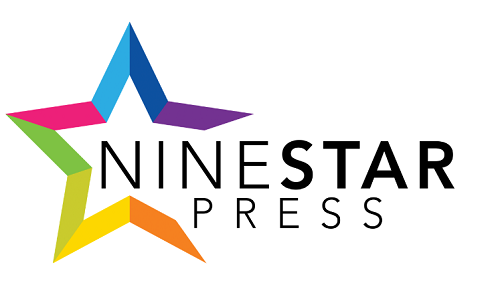 Austin Chant is a bitter millennial, passable chef, and a queer, trans writer of romance, erotica, and fantasy. His fiction centers on trans characters who always, always get the love they deserve. Austin cohosts the Hopeless Romantic, a podcast dedicated to exploring LGBTQIA+ love stories and the art of writing romance. He currently lives in Seattle, in a household of wildly creative freelancers who all spend too much time playing video games.

Austin Chant is giving away a copy of Coffee Boy! Enter here!

Check out our events calendar for information on additional blog stops for Coffee Boy and other upcoming releases!