Welcome to our second week of celebrations for

In today's post, we'll talk about the Dark Collector and High and Tight, with excerpts, plus five-little known facts about Vanessa. And all the way at the bottom will be another chance to win!

First up, The Dark Collector: 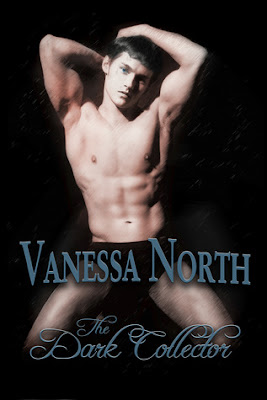 Jeffrey Kuyper was a once-in-a-generation talent and I was his muse.

Jeffrey's death shocked the art world and upended my life. His last portrait is an intimate reminder of our final weeks together. Now it's up for auction and I want it more than anything. When a cold-mannered man in a dark suit outbids me, I'll agree to anything to buy it from him--even a weekend in his bed.


I was angry the day Jeffrey painted my facial expression. My petulance is clear in every brush stroke. We’d fought that morning, and I hadn’t forgiven him yet. I did eventually and the make-up sex was as explosive as ever—but he left the painting as it was, no matter how many times I begged him to paint over it.

Standing in the auction house, looking at the program and seeing that hated expression of boredom mixed with anger on my own face, I miss him so desperately it’s all I can do not to run to the nearest men’s room and vomit up my breakfast.

It took a year for his estate to catalog and ready his works for sale. I’m in many of them. I own several of his paintings, ones he gifted to me because they were too intimate for him to bear for a stranger to own them. But this one still belongs to his estate.

A single-car accident, an exhausted man asleep at the wheel, this is all it took for the life we shared to become his estate.

Being a muse to a man like Jeffrey was exhilarating and exhausting, but it was the best five years of my life. No matter how important this painting is to the art world, it’s more important to me.

I’ve never been to an auction before. It’s quieter than I expected, but every bit as tense. I watch as the auctioneer introduces each lot. I close my eyes and shudder as a collection of negatives is put to bid, remembering how intense Jeffrey was with a camera in his hand. His old Minolta with its stinky leather neck strap and its glittering lenses was always nearby. He scoffed at digital, called it mundane. Jeffrey was never mundane, but he loved to photograph things that were. Those negatives would show our life together, not just the parts he painted. My parts. There were breakfasts in bed and weekends on the lake and a fist in my ass all together in that lot of negatives.

A man to the far left of the room lifts his paddle, catching my eye. Everything about the man is dark and powerful. Dark hair, dark eyes, a dark suit. He glares intently at the auctioneer as the price goes up. He raises his paddle each time, steadfast, until no one else bids.

As if he senses my gaze, he looks across the room and meets it.

I see a flicker of recognition in his eyes. So he’s a fan of Jeffrey’s work. He inclines his head in a brief nod, and I look away, a flush heating my cheeks.

I’m not ashamed of the work Jeffrey did, except in a good way. The intimacy of his art was part of the thrill, and being put on display, especially sexually, was…stimulating. I’m blushing because this man, this stranger, will see things I’d never intended anyone else to see. He’ll see me cuddling a kitten someone abandoned on our street—a kitten we would have kept had Jeffrey not been allergic. He’ll see me shaving. He’ll see me reading pulp science fiction novels in the bathtub.

The lot for the painting is announced. The auctioneer describes it as an untitled, possibly unfinished work of Jeffrey’s longtime model, Oliver Conklin. Model—is that what I’d done?

For me it was foreplay. 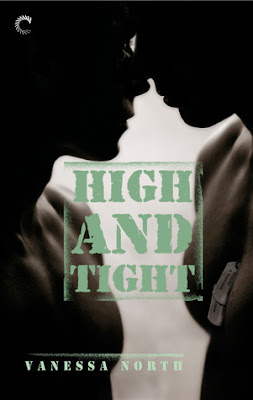 Pilot Adam Walker has had one great love in his life: Harris Kingston. But twelve years ago, when he accepted a scholarship and joined the Navy, he chose duty to his country over love. Their on-again off-again relationship was never more than private joy, a frustrating fact of military life.

Harris never wanted to be anyone's dirty little secret. When Don't Ask, Don't Tell was repealed two years ago, Adam broke his heart one last time. He's picked up the pieces and moved on, building a great career and dating guys who aren't afraid to be seen in public with him. But when Adam strolls into his salon asking for a haircut, his newfound happiness goes to hell in a handbasket.

Adam's been at war with himself for over a decade. Now on the verge of leaving the military, he's desperate to court Harris the right way and be forgiven. With two weeks' leave and a Navy man's conviction, he's ready to start over…if he can convince Harris he's ready to come out and commit.


“I’m joining the Navy. I got into the NROTC program. I’m gonna get to fly, Hair.” He was so excited, the words spilled over one another like a litter of eager puppies.
Harris’s green eyes were gloriously bright, but in a sharp, hostile way.
“So, you’re definitely still straight, I guess.” He huffed. “I don’t get you, Adam. I don’t get why you’d choose to lie. Do you really think it’s gonna get any easier? Do you really think you’re gonna start wanting to be with a woman someday?”
“Maybe…” Adam trailed off. “Maybe it’s not about gender. Maybe it’s not the plumbing, but the person.”
“They call that ‘gay for you.’” Harris glared up at Adam. “And you aren’t even gay for me. Not so anyone would know, right?”
“Hair. I’m eighteen years old. You’re seventeen. How can I know this is a forever kind of thing? Are you asking me not to think about my career?”
A tear spilled out of Harris’s eye as he shook his head. “No, God forbid. You’ve got to be the responsible one, always.”
“Harris…” Adam reached to touch that tear, but Harris slapped his hand away.
“Go on, Adam. Leave me alone. I get it, and I’m happy for you. You’ve figured all this out. It’s just gonna take me a little longer to sort myself on how to become a responsible adult. Go on.”
“Harris…” he pleaded again, and this time, Harris’s eyes glittered dangerously.
“Get the fuck out of here, Adam. Go away.” He shoved past Adam and into the bathroom, locking the door behind him. Adam stood at the bathroom door for a minute, listening to the sounds a man made while his heart broke. Ragged breaths, pounding fists, growled sobs. Something crashed into a wall—something else hit the floor. This was how a desperate man cried—alone and violent.

Everyone knows I have twin sons (it’s in my author bio) but people always seem to be surprised to learn that I’m a twin too, and that my boys are the 4th set of twins in three generations in my family. So, twins, twins, twins.

I speak fluent French—I majored in journalism and French in college, and I did my study abroad in Dijon, France.

I’m probably on the autism spectrum, but I’ve never been officially diagnosed. As a child I was thought to be deaf before they discovered I had an auditory processing disorder. I also had/have a photographic memory and an uncanny knack for pattern recognition. As an adult I was diagnosed with social anxiety disorder, which is often comorbid with autism spectrum disorder. Ironically, I am an extrovert!

I was a terrible student all through grade school and very nearly didn’t graduate high school, but I made the chancellor’s list in college.

Before I was a writer, I was a professional photographer. I specialized in children/family photography, especially maternity and newborns. Every baby I ever photographed peed on me at least once.


Thanks for joining us today. Come back next week for more of Vanessa's books, a personal story she's chosen to share, plus another chance to win.