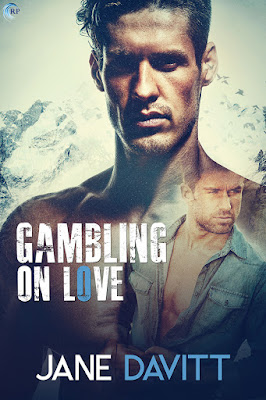 When Gary and Abe came out to each other in their final year of high school, a longstanding friendship turned into a new love. Keeping their feelings a secret was easy until a coach caught them together in the locker room, and their fragile relationship shattered around them. Panicked, angry, and rejected by his mother, Gary fled town, breaking Abe’s eighteen-year-old heart.

Eleven years later Gary returns just as unexpectedly, crashing into Abe's truck during a blizzard. He’s as arrogant and stubborn as ever—and just as irresistible. Time has changed them both in ways they never imagined, but the heat that flares between them is enough to thaw any ice.

While Abe discovers what Gary did to survive in the city, Gary realizes that Abe has grown into a man with needs to match his own, and they fall in love all over again. But Gary’s determination to carry out one final order from the rich, older man he lived with—and obeyed—for years means that a dead man's plans might split them apart again . . . this time for keeps.


Sometimes, authors put pets into their books. They’re rarely pampered animals, the epitome of their breed (unless the book revolves around dog or cat shows). No, they’re usually ugly, but in a cute way, rescued by the hero or heroine and destined to trip up a murderer, salvage a romance, or comfort their owner at a time when all is dark despair. They work hard for their kibble.

I love cats and I do the same thing from time to time. Though my cats are usually less industrious from a plot-related perspective and more laidback—or so I thought. Then I gave Sailor, the cat from ‘Gambling on Love’ a second look.

A plaintive yowl by his ear interrupted his chaotic thoughts, and he gave a strangled scream followed by “Jesus fuck, what the hell—” when something hard and wet nudged against his cheek. A scrabble of movement signaled a creature leaving the vicinity of his face at top speed.

Sailor’s scared the life out of Gary, on edge to start with after discovering he’s run into his ex in a literal way and is stranded in Abe’s cabin during a blizzard. Yes! Of course! Why didn’t I see it before? Sailor’s representing Gary’s fears in a furry package. And once Gary apologizes to the cat, there’s a softening, the same way Abe’s resentment will soften when Gary shares instead of putting up walls.

Sailor yawned, exposing sharp white teeth, and folded up into a pose that allowed access to his belly, which he proceeded to lick in a leisurely fashion.

Oh. Well, uh, maybe that’s a signal that the guys are going to be getting it on soon? It could be, I guess.

Or maybe all along, he was just a cat getting a kick out of making a big human squeak like a mouse, then grovel.

The beauty of books is that it can be either, both, or none. The reader decides.

Jane Davitt is English, and has been living in Canada with her husband, two children, and two cats, since 1997. Writing and reading are her main occupations but if she ever had any spare time she might spend it gardening, walking, or doing cross stitch. She's recently taken up yoga and loves discovering her ability to bend.

Jane has been writing since 2002 and wishes she'd started earlier. She is a huge fan of SF, fantasy, erotica, and mystery novels and has a tendency to get addicted to TV shows that get cancelled all too soon.

She owns over 4,000 books, rarely gives any away, but is happy to loan them, and is of the firm opinion that there is no such thing as "too many books."


To celebrate the release of Gambling On Love, one lucky winner will receive a $25 Amazon Gift Card and four individuals will also receive their choice of one ebook from Jane’s backlist. That’s FIVE winners total! Leave a comment with your contact info to enter the contest. Entries close at midnight, Eastern time, on September 24, 2016. Contest is NOT restricted to U.S. entries. Thanks for following the tour, and don’t forget to leave your contact info!