Queeny cocktail waiter, Lionel, wakes up to find himself in bed with Dog, a straight-acting softball player and the two embark on a rocky road to romance. A journey that requires coming out of the closet, going into the closet, a pair of red high heels, many pairs of red high heels, a failed intervention, a couple of aborted dates, and homemade pom-poms. Mostly, Lionel and Dog learn what it means to be a man.

Marshall Thornton is a great writer, and though he isn't as popular as some of the big-name M/M authors, he always wows me every time I read one of his books. Sure enough, as soon as I started Femme, I knew it was going to be an awesome read. In fact, I couldn't put it down all weekend! 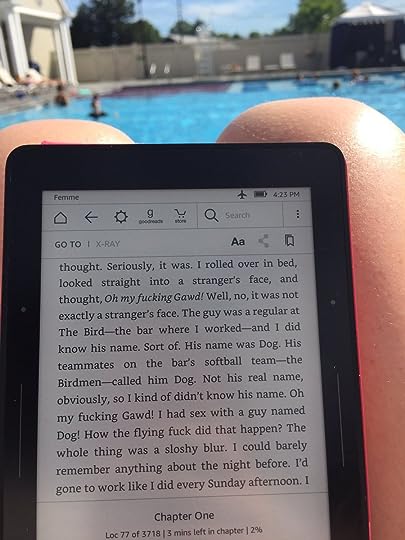 This book was FUN! I really enjoy Marshall Thornton's sense of humor, and it was out to shine in this story. Our MC, Lionel, is femme and fearless, not afraid to rock heals and a pink crop top and let his queer flag fly. I adored Lionel, and I found him to be strong, interesting, and so, so funny. Doug (aka, Dog), was dense and clueless at first (you will all want to smack him), but through trial and error (after error, after error), he finally gets his act together. I was rooting for Doug, even when he was an ass, and I liked him and Lionel together.

What I found really interesting is that while this book is primarily funny and light, it also had some more serious moments, some instances that made me really stand back and think. I ended up highlighting a bunch of quotes as I read that I found to be particularly profound. 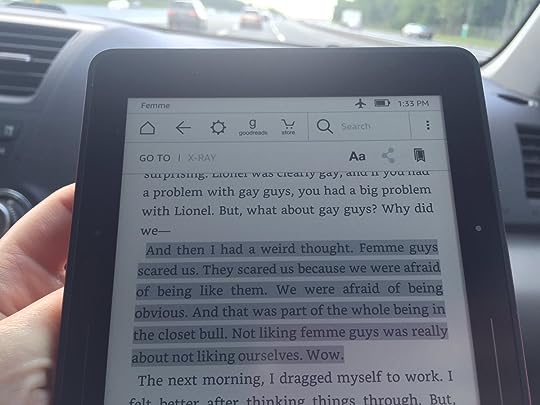 If you don't mind a mostly sex-free book with one of my FAVORITE dynamics with a femme guy (you'll see, near the end), and you are looking for something light and funny, but with some really thoughtful content, pick up Femme. You won't be sorry.