Spotlight: Come Back To Me (The Lost & Founds #5) by Edmond Manning

who's here today with his brand-new release

Come Back To Me 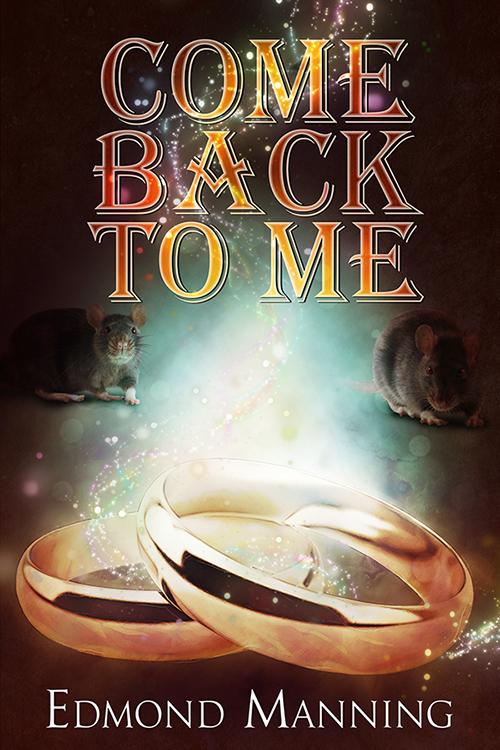 After years of lying, scheming, and dangerous manipulation, Vin Vanbly finally gets what's coming to him: love.

How can he survive unstoppable, uncontrollable love when his very nature demands he control everything? Clues about his one true love—tantalizingly hinted at in each of the books in The Lost and Founds series—come together in four life-changing stories.

In No Kings, a sex hookup with a parking lot stranger reveals more about Vin’s life as a Lost King and his destiny than he could have dreamed. In King Fitch, Vin meets the last king in his long legacy, one final weekend before he withdraws from the world to an anonymous Latin American jungle. The Lost Ones recounts a terrifying kidnapping by street thugs from Vin’s past. In King Malcolm the Restorer, Vin’s mysterious relationship with his older brother—and the soul-crushing secret which drew them together—is finally revealed.

Through it all, Vin Vanbly struggles to survive. But what if he is destined for more than mere survival? Is he finally ready to embrace the truth and remember who he was always meant to be? Once there were a tribe where every man was the one true king and every woman the one true queen…

Thank you, My Fiction Nook, for allowing me to entertain you today.
I’d like to share one of my favorite characters from my brand new release, Come Back To Me. The man has been nicknamed Fitch, due to his extreme handsomeness and aloofness, like an Abercrombie & Fitch model. The narrator, Vin Vanbly, stalked Fitch through nightclubs and finally issued his invitation:  spend thirty hours with me and I will help you remember the man you were always meant to be. Vin promises to help Fitch “remember the king.”
Although it’s the fifth book in my series, The Lost and Founds, this book is definitely new reader accessible. (Without reading the previous books, you’ll miss out on the narrator’s history, and some plot details, but you don’t have to read anything else to enjoy this HEA romance.)
In this scene, Vin and Fitch recently entered a Chinese restaurant, but instead of being escorted into the main dining area, they were ushered through the kitchen to the manager’s office, where a private table for two has been established. A one-way glass window overlooks the cook line. Their server is Greg, one of the men Vin Vanbly kinged.

“Not this time. This is about gratitude. Let me serve you. Let me show you how grateful I am you showed up this afternoon.”
Fitch watches me carefully as I slice through the fresh mango to prepare the first bite.
He opens his mouth when I present the fork. He accepts what I offer, and as he closes his mouth, with my free hand, I cup his strong jaw. I feel him chew, and he stares at me. His green eyes, so bright in their reflection, seem confused again, and soon, tears brim along the bottom lids.
He says, “This is amazing. I mean, I’ve had mango and sticky rice before, but this is so tender, so juicy…”
In silence, I feed him two more bites. He chews slower. I graze his cheek with the backs of my fingers, and he winces. As I prepare the next bite, he sits back.
“No. No more. I can’t take this anymore.” He wipes his eyes, a futile gesture, as the tears continue to roll down his cheeks. “Why did you pick me? What are you doing to me? Why does every fucking thing make me cry? Who are these kings?”
The hurt on his face suggests I called him a string of derogatory names, not lovingly fed him one of the best secret desserts in the Twin Cities. It’s not on the Rainbow Village menu, but you can ask for it.
He crosses his arms. “Tell me.”
I sense an impasse.
“I will answer one question, but not all of those. One. Which question?”
“Why me?”
I wait in silence until I am sure he is ready to hear me.
“Roughly four weeks ago, outside a coffee shop on Selby, a boy dropped his ice cream cone. Maybe four years old. Red jumper. It was an exceptionally warm day in early April—felt like summer. While his mother cleaned up the sidewalk and scolded him, he kept staring at the ice cream stain in disbelief.”
Fitch’s gaze grows distant and then he focuses again and looks at me. “I bought him another ice cream cone.”
“Yes. Before his mom had even finished cleaning it up, you appeared with a new cone and handed it to him before she could protest.”
He waits. But I have nothing more to add.
“That was it? It was just ice cream.”
“It was compassion. Kindness with no expectation of return.”
Fitch looks away and wipes his eyes again. “I spent two dollars. Not even two dollars.”
“I was sitting outside reading a book. Drinking tea. I saw the look on your face when you handed that kid his new ice cream, and I knew. You were one of them. But lost. Sometimes, I will see a man and the words vibrate strong inside me, king him.”
Fitch opens his mouth to argue, but says nothing.
We feed the dessert to each other in total silence.
When the mango and sticky rice is gone, we thank Greg and leave.

Edmond Manning has always been fascinated by fiction: how ordinary words could be sculpted into heartfelt emotions, how heartfelt emotions could leave an imprint inside you stronger than the real world. Mr. Manning never felt worthy to seek publication until recently, when he accidentally stumbled into his own writer’s voice that fit perfectly, like his favorite skull-print, fuzzy jammies. He finally realized that he didn’t have to write like Charles Dickens or Armistead Maupin, two author heroes, and that perhaps his own fiction was juuuuuuust right, because it was his true voice, so he looked around the scrappy word kingdom that he created for himself and shouted, “I’M HOME!” He is now a writer.

In addition to fiction, Edmond enjoys writing non-fiction on his blog, www.edmondmanning.com. When not writing, he can be found either picking raspberries in the back yard or eating panang curry in an overstuffed chair upstairs, reading comic books.