In The Luckiest Master, one of the characters believes that he’s a bad luck charm. Everything he touches gets destroyed and as a result he won’t work at the Iron Eagle Gym and he won’t date Master Day, either. Something that makes Master Day pout. It’s something they have to work through together.

There are an enormous amount of superstitions around the world. Here are some of my favorites.

May you all have good luck! 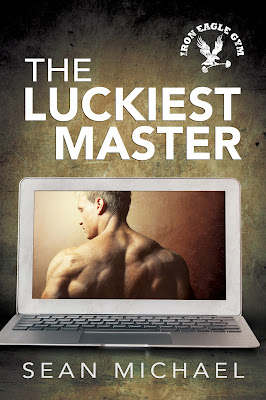 When Master Damien Richardson (Day to his friends) takes over the front desk manager job at the Iron Eagle Gym, he knows he’s going to need an assistant. But finding the right person for the job is harder than he thought it would be. When he meets Saw, he thinks he’s found the solution to all his problems, and maybe something more.

Sawyer Whitehead lost his master to a tragic car accident some years ago, and since then one opportunity after another has gone sour on him. Thoroughly convinced he’s cursed and a jinx to everything and everyone he touches, he refuses to officially become Day’s assistant because he knows that as soon as he does, something terrible will happen. He’s even more determined not to get involved with Day, despite his attraction, because it would kill him to be responsible for tragedy befalling the lovely man.

Day must convince Saw that he’s not cursed and that together, they can face any challenge that comes their way—in both their professional and personal partnerships.