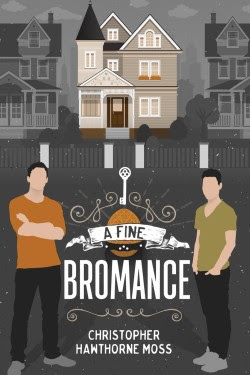 When Robby starts his senior year in high school, he meets the new boy, Andy. Although Robby has never been physically attracted to anyone, he instinctively feels comfortable around Andy. As they get to know each other better, Robby realizes Andy is an outsider just like him, and harassment at the hands of the school’s bad boys makes it clear that Andy is a transboy.

When Robby’s eccentric Aunt Ivy finds some of her sentimental treasures missing, the boys put on their sleuthing hats to solve the mystery.

This short excerpt allowed me as the author to introduce my transgender character just as he would be introduced to his new school.  I did not transition until I was sixty, but I have been with enough transgender kids to have a sense of what they have to deal with and how they cope with it.  I happen to know one transboy, Sean, whose family completely supported his decision to be the boy he knew in his heart he was, so when I made Andy I gave him a similar situation, one which appears to be more common in the Seattle area where I myself live.  I was able to talk to school administrators as well as Aidan Key, the director of Gender Odyssey, who has made himself available to families whose kids have been navigating the red tape that is the protocol for making the necessary changes.

It’s interesting that my own experience at an advanced age is not that different from a teenager’s.  I had to come to recognize the man in me but I had more life experience first to make me question my impressions but also to be mature enough to gauge each choice sensibly.  I happened to be married so I had another person to consider, and for the most part it seems few transmen keep those partnerships going.  I was lucky, as my husband of more than thirty years, though having to process things at first, did in fact accept my decision so we could have “a fine bromance.”  But then I had to start the medical process of hormones and possible surgeries.  The legal obstacles turned out to be the least of my problems.  It was easy to get my name changed and to get a new state identification.

Andy had an advantage of knowing Aidan Key and having numerous books that offered him a sort of roadmap.  His own intelligence steered him to a book at the library which proved to be an ally when he had to discuss his transgender status with his parents.  He was fortunate enough to have a knowledgeable and positive source for his information.

It happens that Andy also lived in a time when to many peoples’ pleased surprise he could pay for his treatment.  It is now called gender confirmation and is covered by insurance universally under the Affordable Care Act.  I wanted to get this fact out to any kids or adults who might read the book. From male hormone to both bottom and top surgery, Andy can be confident his process will be paid for.  In fact, in May of this year the US government made it illegal for an insurance company to deny the claim.  By the way, top surgery is a double mastectomy which I will get this winter but Andy has already had.  He is also taking male hormones and probably whatever other hormones would interrupt his female puberty.  Bottom surgery is genital, involves at least a hysterectomy and removal of the ovaries and uterus for a transboy, and may involve building a functioning penis.  It is my impression that not that many trasnmen get the latter, but that may change as the surgery is more streamlined.

Of course the touchiest part of transition is social acceptance.  The school itself is likely to toe the line of what schools must follow.  Now that scientists know that being transgender is biological, caused by the flow of hormones in utero, transgender people are in fact born this way.  The schools and similar institutions have to conform to the science, or at least make the effort.  But Andy will have to face schoolmates who are notoriously unlikely to be familiar with or adherent to science.  We will see if other students respect Andy’s status as the book goes along.

[Andy] wondered what his new friend would think if he knew Andy wasn’t a boy in the traditional sense. He’d been born Andrea Ruth Kahn and grown up unhappily wearing dresses and skirts, though as little as possible. After years of not understanding why he was so dissatisfied with his body, why he felt like a freak, he had finally found a book at the city library about people who were transgender. It made lights go off all over his brain.
It had taken a lot of courage for Andrea—Andy—to tell his mother. She hadn’t understood what he was saying at first, until he loaned her the book he’d found. After that, he could practically hear the gears in her brain working. His father asked to speak with him one evening, and the two of them had had a good heart-to-heart. They finally had a family conference with Gabe, his younger brother, and started to talk about Andy in male pronouns. His mother took over and got him counseling and boy’s clothing, from underwear to a winter jacket, and went with him to the doctor to talk about getting onto hormones.
Andy knew how lucky he was. His parents didn’t think he was nuts or a pervert or just being difficult. They listened, they asked questions, and, ultimately, they not only accepted him but supported him. They even said they would support any surgery he wanted and the doctor would agree to do. His mother’s eyes flashed when she said, “And if they won’t do it, we’ll find one who will!”

His brother, Gabe, was the best. Andy’s revelation hadn’t fazed him in the least. Gabe’s reaction was just to say “I knew it all along. You’ve always seemed more like a big brother than a big sister to me.”
Andy’s relief and gratitude knew no bounds.
He’d told his parents he wanted a fresh start, somewhere where none of the other kids had known him as Andrea. His father, who had worked for the State of Washington, found a good job at Microsoft, and they moved to the Eastside. They contacted the school district administrator and got an appointment with one of the counselors. His mother and father had both come with him to the new school. Andy’s mom marched into the appointment ready for a fight, but all of them, including Andy, had been gratified at how well-informed the woman had been and how aware of the needs he would have as a transgender student.
“You aren’t the first transgender student in the district,” Mrs. French said. “You will be the first as far as we know at Highlands View, though. We had a transgender girl at one of the other high schools. She managed to pass quite well, and no one was ever the wiser. We’ll have to determine how to deal with bathrooms and showers for gym class, but we’ll have it all in place before school starts.”
They left the administration office elated, and Andy’s smile about split his face.
During the summer Andy went on hormones to begin his development as a male and had a hysterectomy. The school administrators had decided Andy would use the boys’ bathrooms and would be excused from showering. He knew there would be questions from the other students about that, but he figured he would handle those when they came up.

I wrote Andy’s story to educate as many readers as possible to the facts as well as the experience about a transgender child.  I told the story from the point of view of a boy since the overall expectation, including all the nonsense about bathrooms in states like North Carolina, appears to be that all transgender people are men who have become women.  First that description is inaccurate and second no longer the case.

I also wanted to write about other gender spectrum kids, like Robby, Max and Rhonda, in order to show just how broad the rainbow really is.  There are gay and lesbian kids, as well as asexual, bisexual, intersex and others.  A transgender kids is not going to be the only one, any more than a school will be all heterosexual.

The best we can do is create communities of acceptance to allow all these young people to grow into strong, humane and confident individuals, no matter what they are.

This book, though not my first transgender novel nor will it be the last, gave me a chance to portray more of the spectrum we will all soon come to recognize. 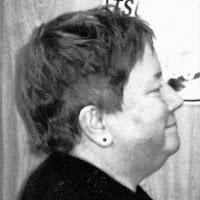 I am a gay transman chock full of stories from history, with a transgender knight, a gay riverboat gambler, you name it. I love how history can lend so many possibilities and at the same time give us a background for our own lives.

I grew up in California, Alaska and Chicago as Nanette Haas always a writer. I wrote my first short story at seven, and in my early teens began the stories with a friend that ultimately became AN INVOLUNTARY KING, my first novel. I married in my late twenties, but later discovered I am transgender. That's when I became Christopher Hawthorne Moss, otherwise known as Kit. Interestingly, my husband Jim stayed with me and we have now been together over thirty years.

I've written all my life, and I have always loved historical fiction, so you will find my stories take place in all eras and locations. I believe that gay and transgender people have always been among us and that it is up to me as an author to make their lives realistic and, where possible, positive and rewarding. It is my job to make it credible. I think with my characters you will find much to identify with. I hope you do.