Life with vamps is never easy.

Abernathy Meyers is already mated to a vamp, Zebulon. It’s just too bad that Zebulon doesn’t give a darn about him. Abbie’s stuck with the man for eternity—or until they die. Some days, Abbie thinks that can’t happen soon enough. He’s tired of being treated badly, yet he doesn’t really want to make his earthly exit yet.

Because he’s longed for another man—another vampire—for years. Forbidden love—is anything more compelling, or more heart-breaking?

There’s a twisted past, a hidden story linking Abbie, Zebulon and the coven leader, Claude.

Claude lives with a fear of turning to dust at any moment. It isn’t reasonable, but he can’t shake it. He’s let his own fears impede his potential happiness, and instead he puts the needs of his coven first, ignoring his own. But if he’s deliberately blind to one particular human’s needs because that human is a mate to another vampire, then is Claude truly leading to the best of his ability?

It’s a tough question for him to answer and soon, he’ll have to make a choice that will affect him and Abbie, forever.

Book three in this series finally sheds some light on the relationship between Abernathy, and his mated vampire Zebulon, and Claude, the vamp coven leader.

In both previous books, there were undertones of longing between Claude and Abbie, but since Abbie is bonded to Zebulon, neither man acts on these desires, and Abbie continues to experience abuse and neglect at Zebulon's hands.

Augustin is in this one too, as are the female mated pair, and we see further into the relationships between humans and vampires in this coven.

Claude, in addition to wanting Abbie, is also deathly afraid of turning to dust, something he saw happen to his Sire. This fear almost cripples him, to the point where it becomes a weakness. And coven leaders mustn't be seen as weak.

He also prefers to "catch" during his bedroom romps - again, he sees that as a weakness, and, repeat after me, coven leaders mustn't be seen as weak.

There's history there with Zebulon, Abernathy, and Claude, and in this book, that history finally comes out.

I really like this series. It's different, it's often snarky (especially when Augustin is in the room), and the author did a fine job with the mythology, including that the vamps can turn into bats.

The writing is full of snarky sarcasm and little zingers, but also tender and sweet when the situation calls for it, and holy hot boysecks, Batman, when the vamp and his human hit the sheets.

I've already got book 4 locked and loaded on my Nook. I can hardly wait! 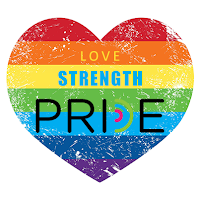