Author Of The Month - Andrew Grey - Week One

Today we kick off our month-long celebrations for amazing

Today we'll talk about Bronco's Boys (a series which features the super hawt Jesse Jackman and Dirk Caber on the covers), plus a list of Andrew's favorite things, and a chance to win one book from his backlist.

First up, INSIDE OUT 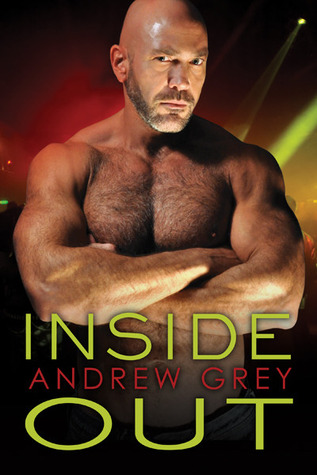 Former mercenary Bull Krebbs now heads up security at his nightclub in Harrisburg, PA. Working the door night after night, he's seen it all. Though tough on the outside, he's a little hurt that people find him unapproachable. Then he pulls a cute twink out of line to perform a random search, and he's surprised when the guy giggles and squirms.

Zach Spencer, graphic artist, twink, and seriously ticklish, isn't intimidated by Bull. He's in awe, and when Bull saves Zach from being trampled on the dance floor, Zach finds his inspiration for the superhero in his graphic novel.

Soon Zach wants more and makes his move by asking Bull on a date. Though small, he has a backbone of steel. He'll need it—their happily ever after is thwarted at every turn, including by Bull's interloping mother showing up unannounced and enemies from Bull's past threatening to pull him to the other side of the world.

Second in the series, UPSIDE DOWN 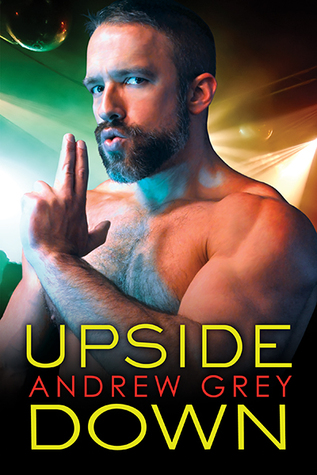 Lowell Cartwright’s life as a mercenary problem solver has taken its toll, and after one more difficult job, he wants out. For help, he turns to Bull, a soldier of fortune turned club owner—not exactly a friend, but the best chance Lowell has. He visits Bull’s club to scope it out and meets Jeremy Hodgson. The twink captures his attention in a big way. Bull tells Lowell to stay away from the club until he decides whether he can help, so Lowell stays in town. When he spots Jeremy passed out on the floor of a convenience store, he goes to Jeremy’s aid.

But trouble comes knocking when Jeremy’s place is bugged. Maybe Lowell’s past is catching up to him, or maybe the danger centers on Jeremy’s roommate Tristan’s mysterious boyfriend. Whatever the source of the problem, the future Lowell and Jeremy hope for doesn't stand a chance unless they can find a way to protect themselves.

“So you’ll find someone else,” Zach told him.

“I sure as hell hope so.” Dating his right hand was not going swimmingly. He looked around and saw Kevin and Tristan walking toward the table. They set down the drinks and then took their seats.

“Is Eddie busy tonight?” Jeremy asked Tristan before sipping from his martini glass. He wanted to gulp the thing and then get another, but Tristan had ordered the good stuff, and it was way too fine to waste like that.

“Eddie’s working late. He said he’ll join us a little later.” Tristan grinned. Jeremy knew he should be happy. Tristan obviously was, and Eddie was a nice enough guy. But he was having trouble feeling good for anyone now. Maybe he should have stayed home and moped there instead of bringing everyone else down. He wished he knew where this case of the lonely grumps had come from. This wasn’t him, and he hated being this way. He told himself to snap out of it. A few seconds later the music started.

“Come on and dance with me,” he said to Tristan. They had all been friends for a while, and he’d known Tristan for years. “Eddie isn’t going to mind, and I promise to watch out for your virtue.” He needed something to knock this attitude out of him.

Tristan got up, and they headed to the dance floor. The exotic dancers weren’t supposed to perform for another hour, and sitting around ruminating was not going to help. The beat was great, and Jeremy began to move. Tristan was a good dancer, so they had a great time. Gradually, Jeremy let go of his worries and let the music carry him.

The dance floor got crowded and guys bumped him, but he paid no attention. He was having a good time. After a few songs, Tristan signaled that he was going back to the table. Jeremy wasn’t ready to stop, so he continued dancing. A guy a little taller than he was, but stocky, with dark eyes and brown hair, moved close to him. Without thinking, Jeremy synchronized his movements to the guy’s, and he came closer. The song ended and another began, this one faster. The other guy moved right up to him, sliding a knee between Jeremy’s legs, cradling him with one arm around his back. Now they were moving as one.

Sweat beaded on Jeremy’s skin and his heart raced in the best way ever as sexual energy built between them. Jeremy’s mouth went dry and he was hard as a rock in his jeans, and the excitement continued to build. He’d always thought that dancing was vertical sex, and if he was right, then sex with this guy was likely to be wild, maybe a little dangerous, and definitely a drive to the moon. The guy leaned closer, wrapping his other arm around him, and then Jeremy was drawn even closer… and finally kissed to within an inch of his life.

Jeremy’s entire body tingled. The guy tasted like peppermint, and he loved that. Jeremy returned the kiss, throwing his arms around the man’s neck and holding on for dear life. He loved this feeling, like he was flying, and he never wanted it to end.

And the third book in the series, BACKWARD 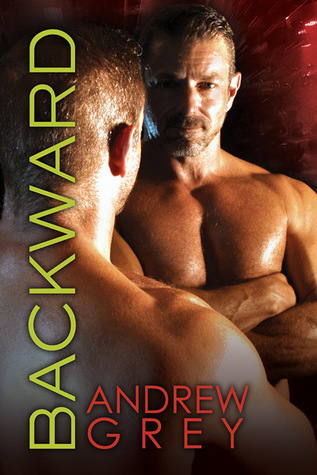 Club owner Harry Klinger has had his eye on Tristan Martin for months, but never had the nerve to approach him. He’s watched as Tristan dated Eddie and then reluctantly sat on the sidelines during the emotional breakup when Tristan discovered Eddie was dealing drugs. Now that Tristan seems to be healing, Harry hopes to get his chance.

When Eddie sends his men into Harry’s club to harass Tristan, Harry steps in to help. Tristan is reluctant at first since he admittedly has terrible taste in men, but Harry seems genuine, and Tristan can’t help but think Harry’s sexy as well and begins to hope for happiness for both of them.

Unfortunately, Eddie isn’t behaving rationally, sampling too much of his own product. With his determination to take Tristan back, it’ll take more than Harry’s help to keep Tristan safe as Eddie ratchets up his attempts to get what he wants.

The music in the club continued, but the dancers stopped and parted as Chris launched himself at one of the goons and Bull went for Carlos. Harry didn’t see the other man until he was right in front of him. Shit. He pushed Tristan behind him. The goon’s jacket opened, and Harry saw the glint of metal. That was all he needed. He lashed out with his knee, connecting with tender parts. The bigger they were, the faster they grabbed their balls and collapsed onto the floor.

Harry turned to Tristan, pulled him close, and moved away from the man rolling on the floor. As soon as they had some distance between them, Harry sent a text to the security staff, and within a minute they arrived and lifted the writhing man to his feet and off the club floor. They muscled him through the door at the back of the club, where Harry assumed they’d put him in the small room that was usually used for storage, but occasionally served as a holding area.

About a minute after that, Harry got a text from Bull.

Harry sent a message that he understood before returning to Tristan. “Are you all right?”

“Y… yeah,” Tristan said. “You laid him out like he was nothing.”

Harry chuckled as he guided Tristan around the edge of the dance floor. The excitement was over, and the men had already returned to their dancing. The buzz of conversation that had run through the crowd like bees in a hive was forgotten as they went back to their fun. “All I did was knee him in the nuts. That doesn’t take any special skill.” They reached the door to the office and back-room area.

Harry opened the door, and they went inside. As soon as it closed, most of the noise from the club was snuffed off. “I’ll let you in on a secret—that’s about the limit of my bouncer-like skills. Bull told me years ago that when push comes to shove, fight dirty and go for the balls. It works every time and is nearly guaranteed to give you time to get away.” They walked past the office to a small room that they used as a holding room when necessary.

Bull stood outside, his arms folded over his chest. “I told the police to come around to the back and that we had the troublemakers in custody for them.” Bull turned to Tristan. “It seems they came back for you.”

“What? Me?” Tristan squeaked. “What do they want with me?”

Book: Pillars of the Earth

Andrew’s hobbies include collecting antiques, gardening, and leaving his dirty dishes anywhere but in the sink (particularly when writing).  He considers himself blessed with an accepting family, fantastic friends, and the world’s most supportive and loving partner. Andrew currently lives in beautiful, historic Carlisle, Pennsylvania.

Where to find Andrew Grey:


Join us again next week, as we continue our celebrations, with 5 little known facts about Andrew, more of his books, and of course another giveaway. Until then, happy reading!