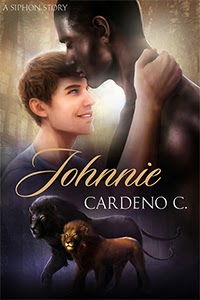 A Premier lion shifter, Hugh Landry dedicates his life to leading the Berk pride with strength and confidence. Hundreds of people depend on Hugh for safety, success, and happiness. And at over a century old, with more power than can be contained in one body, Hugh relies on a Siphon lion shifter to carry his excess force.

When the Siphon endangers himself and therefore the pride, Hugh must pay attention to the man who has been his silent shadow for a decade. What he learns surprises him, but what he feels astounds him even more.

Two lions, each born to serve, rely on one another to survive. After years by each other’s side, they’ll finally realize the depth of their potential, the joy in their passion, and a connection their kind has never known.

I started this puppy late last night and couldn't stop reading. Despite being connected to an espresso drip all day, I'm still yawning. I blame CC. Also, Daylight Savings Time.

But this isn't about me.

Hugh wins Oblivious Douchebag of the Century award. At age 102, Hugh apparently doesn't realize that treating a person like an object, ignoring his very existence, makes that person feel worthless. And people who feel worthless don't have much desire to live.

Hugh is the Premier (alpha, leader, president) of a large, successful lion pride.

All Premiers have dark hair, eyes, and skin. At 7 feet and 300 pounds, Hugh is a big man, a powerful man. His body needs an outlet for all that energy and strength.

So Hugh fucks a lot. But that's not enough. Hugh also has a Siphon, a lion with blue eyes assigned just to him, who always hovers nearby. Siphons are rare and special, but the Siphon is just a nameless entity to Hugh.

Until a near tragedy forces Hugh to finally wake up and pay attention to the one person in his pride he's neglected.


The majority of the story focuses on the relationship between Hugh and Johnnie, Hugh's realization of how much he's wronged Johnnie, and their growing connection.

There is a side plot involving betrayal by one of the pride members, but there's not a lot of world building in terms of lion prides or shifters. How do 1,400 lions go undetected on land that abuts a national park? Does anyone have a job? Who cares?

One thing is certain: Lions are sluts.

Sadness tinges the story initially. Johnnie has lived a bleak existence. The POV is mostly Hugh's, but we get glimpses of Johnnie's after he climbs out of the darkness.

Johnnie is so damn giving and adorable, and so damn wanton in his innocence, I can't even.

Maybe Johnnie's depression is too easily cured with Hugh's attention, but this is a shifter story, and shifters are not like us. I choose to believe that. Don't ruin it for me.

Another thing that MUST be mentioned: Hugh's cock has SPINES.

This is a real thing. Google "lion penile spikes," and you'll see. I just did this at work, so if I lose my job tomorrow we'll know why.

During my Google research, I also discovered that it's common for lions to engage in homosexual behavior.

CC always delivers in terms of heat, and this book is no different. I liked the careful tenderness between the men that turns into intense passion. These are LIONS, people. They're going to fuck, and fuck hard.

And the HEA is lovely. Of course.