Spotlight: Escaping From Him by Liam Livings

Today we shine the spotlight on Liam Livings with 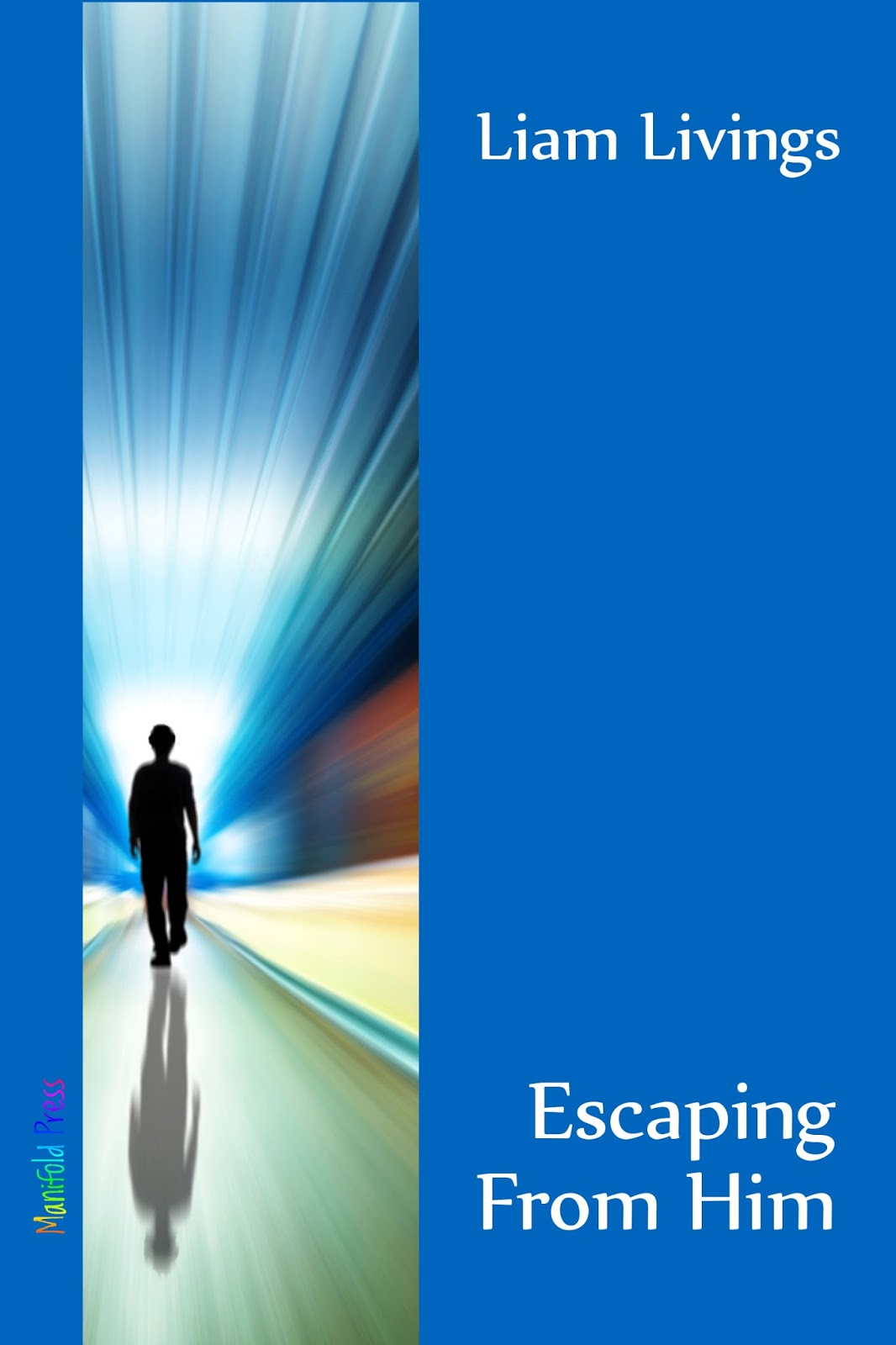 Darryl’s on the run – from controlling boyfriend Chris, an air-conditioner called Dave (deceased), an intolerable, claustrophobic situation and a person he just can’t be any more. The trouble is, he doesn’t have a plan – or any money – and all he knows is he needs to get away from everything. That’s where a lucky lift to Glasgow comes in, which turns out to be just the beginning of a whole new life …

Lena couldn't wait to visit me. At first I had used the weather as an excuse for putting off her visit. "I am from Sweden. It snows all winter, and there is no sunlight. I think I can be okay with your little Scottish winter."
So, on a bright but cold February Saturday, I met her at the station in the middle of Glasgow. She ran across the concourse, her bright blonde quiff rock solid with hair spray, pink ear warmers, a puffy pink jacket which was like a duvet with arms, and dark pink jeans. I hugged her and asked what was with all the pink.
"I have listened to Pink’s music very much lately, and I realise I like the colour, so I go a bit mad. Brightens up the winter?"
I couldn't argue with that. "It's great."
"Where is this shop selling the kilts? You said we would see one?"
"Let's drop your stuff at mine, and there's one round the corner from there."
I looped my arm through hers and we left the station. "I've missed you."
"And I have missed you, too." She smiled. "Since how long has it been?"
"Six months. I've been here six months. Seems like a couple of weeks. What about for you?"
"Since many years, I have not looped my arm through yours. Since many years, I have not seen your smile … "
"Now we both know that's a lie, we've Skyped all the time."


"Yes, but you cannot do this can you?" She leant over to me, kissed my face and squeezed my cheek, it stung slightly in the cold air.


What are the main themes in this book?

Escaping from a relationship that’s not right for you. Darryl jumped into his relationship with Chris with two feet and gradually he realises he’s not going to be able to be that person, with that boyfriend, for the rest of his life, so he has no choice but to leave, and face the consequences.

Feeling the fear and doing it anyway. It would have been easy for Darryl to have stayed with Chris and put up with it, but he takes a leap of faith and fortunately Fate favours the bold, with the helpful colourful characters he meets in Scotland.

Rebuilding yourself as a new person. When Darryl goes to Scotland he knows nobody, so he can be who he wants, he can do what he likes, with no one’s preconceptions to hold him back. I often wonder how differently people would behave if they didn’t worry about what their friends thought about them. Darryl is able to do just that, when he leaves London behind for his new life.

The importance of friendship. When Darryl goes to Scotland he soon meets a whole host of new friends who help him on his way. For reasons I won’t go into, this is the first time he’s really felt part of something, and he calls this group of friends, family, because to him, they are exactly that. A strange, mixed up, odd collection of fantastic and fabulous individuals who all love Darryl for different reasons and give him different things, but allowing him always to be himself. And if that’s not a definition of family I don’t know what is.


Was it difficult to write this book?

As hard as any story is to write really. *shrugs* Because my inspiration was from a song, I first used the lyrics to sketch out different sections of the story. Under each new line of the song I wrote what happened in the story related to that lyric, expanding and building on the lyric so I had a whole scene to write, inspired by that line of the song. I didn’t use my Post It note method for this story, for some reason, the plan was typed on a Word doc.

I think it’s because I never thought it would amount to much more than a man throwing his boyfriend’s things down the stairs in a black bin bag, and that, clearly isn’t a story. But I wrote and wrote, and that technique got me the first draft by the end of January 2014, which was about 25,000 words, then sent it to Sue Brown to beta, who suggested I expand the happy relationship part a bit. I did that, writing another 5000 words and playing with the structure slightly. Then I submitted it to Manifold Press and discussed it at UK Meet 2014, Julie Bozza and Fiona Pickles like it, but asked me if I could add an additional 20,000 words to bring it up to a short novel length of 50,000 words, concentrating on the part once Darryl is in Scotland and has left the controlling relationship.

By then I had the other characters worked out, so it wasn’t too hard to think of 4 scenes I could add of approximately 5000 words each, which I wrote in July 2014.

Liam Livings lives where east London ends and becomes Essex. He shares his house with his boyfriend and cat. He enjoys baking, cooking, classic cars and socialising with friends. He escapes from real life with a guilty pleasure book, cries at a sad, funny and camp film – and he’s been known to watch an awful lot of Gilmore Girls in the name of writing ‘research’. He has written since he was a teenager, started writing with the hope of publication in 2011. His writing focuses on friendships, British humour, romance with plenty of sparkle.

One e-copy of Escaping From Him is up for grabs. Please comment below, answering this question from Liam:

How do you think the themes of rebuilding yourself as a new person, and friendship are linked?

Entries will be accepted until midnight on Feb 12, 2015.
Please include your email address in the comment.