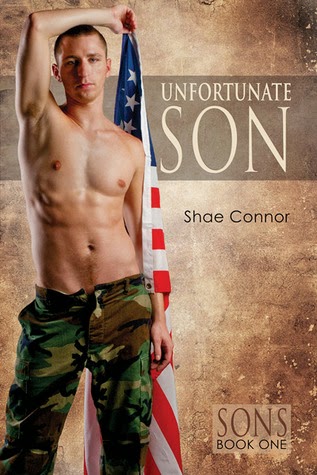 Then Evan’s family reappears his life, and Evan soon learns Riley has his own family-inflicted wounds—ones that make it hard for him to be there for Evan. A disastrous confrontation between Evan and his parents leaves Evan’s mother injured and Evan overcome by anger and fear. Losing his tenuous hold on his emotional control, Evan makes one bad decision after another, but maybe his final fall will be the wake-up call Evan needs to set things right—with his parents, and with Riley.

This is a difficult review to write because I am having a hard time being objective when it comes to this story, and I know it.

Riley eventually finds out and says he doesn't mind, but Evan begins unraveling (there are some flashbacks to his time in Afghanistan). Then when Evan calls Riley on his own shit, Riley pushes Evan away.

Both men are dealing with family angst, although Riley's "emotional baggage" felt a little manufactured. I kept waiting for the emotions, the connection. There were hints of it, but it wasn't nearly enough.

There was not enough romance here, no real tenderness. There was plenty of sex, but be warned that most of it is NOT between the MCs.

I read romance books for the feels. I love steamy reads, but this one was too much, to the point that I skimmed most of the sex scenes.