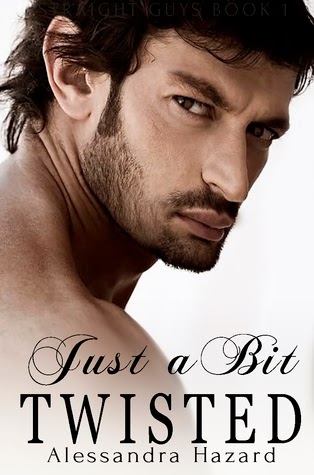 Professor Derek Rutledge is hated and feared by all of his students. Strict, reserved and ruthless, he doesn't tolerate mistakes and has little patience for his students.

Shawn Wyatt is a twenty-year-old struggling to provide for his younger sisters after the death of their parents. On the verge of losing his scholarship, Shawn becomes desperate enough to go to Professor Rutledge.

Everyone says Rutledge doesn't have a heart. Everyone says he's a ruthless bastard. Shawn finds out that everyone is right.

He strikes a deal with Rutledge, but unexpectedly, the deal turns into something so much more.

Something all-consuming and addictive.

Something neither of them wants.

Derek likes pretty boys, but he likes the pretty "straight" ones more.

This was a sexy, naughty story, but utterly unbelievable.

Even though Shawn is a student with two kids to raise and school to worry about, he seems to spend all his time sucking his professor's cock. No wonder he's failing his courses!

And the professor...he was like the Beast except prettier: gruff, aloof, angry. Even though we get some of his backstory, his coldness made him a wooden, uninteresting character. I needed him to change more as a character, and he didn't.

I also prefer my villains to be three-dimensional. Derek's father was too much of a caricature.


And finally: the kids. *shakes head sadly* They were props, left in the car on the side of the road so the MCs could neck in the woods, left alone (at preschool or in the next room) so Derek and Shawn could fuck. They piped up with cute observations when it was necessary to drive the plot along.

In short, they were representations of what adults who've never been around children might imagine 4-year-olds to be like. Let me assure you: They are more demanding, more self-absorbed, and generally uninterested in adult lives.

All that being said, this was an extremely readable book. There were plenty of insanely racy scenes (worth reading for those alone), and the ending was satisfying enough.