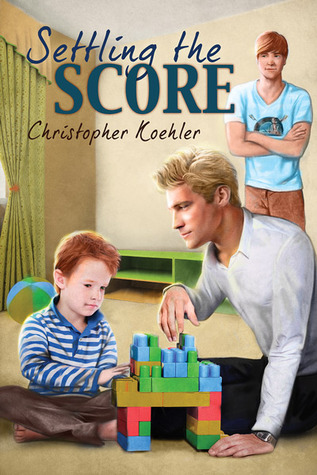 Stuart Cochrane and Philip Sundstrom make an unlikely pair. Philip’s brother, Brad, can’t imagine his brother with another man, let alone with the coxswain he razzed throughout his college rowing career. But somehow they settle into a relationship that works as Philip helps Stuart navigate the pressures of deciding between medical school and competing for a spot on the national rowing team. In turn, Stuart helps Philip with his problems at work, where he’s faced with a rebellious board of directors.

Yet soon enough, the pressures take their toll. Stuart comes to resent the easy way Philip spends money, while Philip worries about Stuart’s time commitments. He’ll do anything to come to the rescue, including spending his money to grease the rails for Stuart, but Stuart resents the rich so much it drives a wedge between them.

Then Stuart finds himself facing the greatest crisis of his life. There’s only one person he can turn to—but Philip has his own demons to battle in the form of his board trying to frame him for their own unethical actions. Will Philip be able to aid Stuart while he extricates himself from his board’s trap, or will his divided attention cost them both everything that matters?

This was an interesting book, my first by this author, even though this is not the first in the CalPac series.

Stuart and Phillip meet when it's the wrong time for both of them. Neither is looking to start a relationship, but attraction and emotions override all reason.

Stuart, fresh out of college and about to start medical school, doesn't have much money. Phillip, CEO of the company after sending his father to prison for his crimes, is busy sorting out his company's board after the take-over. He's also wealthy and freely spends his money when he feels it's warranted.

Their initial meeting at the grocery store where Stuart works is happenstance. But then Phillip keeps coming back, keeps finding reasons to shop at the store and to seek out Stuart, and they begin dating.

Without having any previous knowledge of the characters from the other books in this series, I was unfamiliar with Phillip's brother Brad and his boyfriend, who was brutally beaten by Brad and Phillip's father - the crime for which Randall (Daddy Dearest) went to prison.

Phillip struck me as someone who is very lonely. He's in a relationship with a woman who is not interested in him as a person, but what he can provide for her, and when Phillip finds out she's been seeing other men as well, he breaks it off. He's also only now realizing that he's bisexual, a discovery that causes a bit of angst on Stuart's end.

Stuart has abandonment issues that permeate his relationship. Kicked out of his fundamentalist parents' house when he came out as gay, he keeps in contact with his younger sister who is also being oppressed by the religion their parents insist on, and is counting down the days to flee the home as well. He also has issues with pride and other people's wealth, and resents Phillip for spending money so easily.

As the relationship between Stuart and Phillip progresses (they get along great, especially in the bedroom), the differences between them become hindrances more than glue.

I loved Phillip. Steady, conscientious, loving, caring and sweet, hiding all of that under a rather stiff outer layer, he jumps into the relationship with both feet. He doesn't hold back, he yearns to give Stuart an easier life, and he reaches out to Stuart's sister and wants to help her too.

Stuart on the other hand - he drove me batty on occasion. I understood his issues to a certain extent, but he only ended up driving a wedge between Phillip and himself, and thus caused the thing he was so afraid would happen.

And then tragedy strikes. If you're wondering why there's a little boy on the cover playing blocks with Phillip - I wondered that too. However, at about 80% or so, the reason this cover was chosen becomes clear, and Stuart finally gets it.

It was about time too.

I must recommend this author for the character growth he let Phillip and Stuart experience. They both learn lessons here, especially Stuart, and that what may have driven them apart completely, had it happened sooner, in the end serves to bring them closer and get that happy ending they deserve.

The writing is rich and descriptive, emotional and engaging, and I was sucked in quickly after starting this book.

I enjoyed the supporting characters very much, and readers of this series would probably recognize them from previous books. The author included sufficient backstory here to not confuse me (thanks, man), and I didn't have any difficulty keeping track.

Overall, a lovely, sweet romance, with a bit of angst that was well done and realistic, and a happy ending out of much tragedy.

I must now check out more from this author.