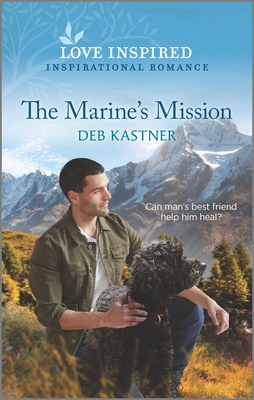 He’d rented a truck from Denver International Airport to drive into the Rocky Mountains up to the small town of Whispering Pines, where Winslow’s Woodlands and the military service-dog program were located. The whole time he’d been thinking about how much he was going to hate the next four weeks and how he would rather be anywhere but here.

Every second was bound to be painful, both physically and mentally.

But in hindsight, he probably shouldn’t have said as much aloud, at least not until after they’d been formally introduced.

Ruby looked as if she were about to reply to his rude comment, but then she pinched her lips together, took a deep breath and apparently thought better of it.

“I just thought you should know,” Aaron continued, attempting to wind his way out of the knot he’d just firmly tied around his neck, “that although I have been given orders to show up and complete this program, I’m not exactly a willing participant here.”

He was a straight shooter, both literally as a sniper in Afghanistan and figuratively in the way he lived his life in and out of the marine corps. He didn’t say much, but when he did, he meant whatever words crossed his lips.

That said, he didn’t want to start a war with Ruby this early on in his new mission, even if what he spoke was the truth. He wasn’t here because he wanted to be. He didn’t even really want a service dog, although he wasn’t completely opposed to a tough-looking canine companion—a German shepherd, maybe, or a Belgian Malinois.

Not that what he wanted had ever once played into the situation. It didn’t. Not from the beginning. But that didn’t stop him from feeling angry and frustrated just thinking about having to endure the Veterans Administration’s direct orders. Of all the veterans they could have selected for the program…

Award-winning author Deb Kastner writes stories of faith, family and community in a small-town western setting.  Deb’s books contain sigh-worthy heroes and strong heroines facing obstacles that draw them closer to each other and the Lord. She lives in Colorado with her husband. She is blessed with three grown daughters and two grandchildren. She enjoys spoiling her grandkids, movies, music, reading, musical theater and exploring Colorado on horseback. Find out more on her website.