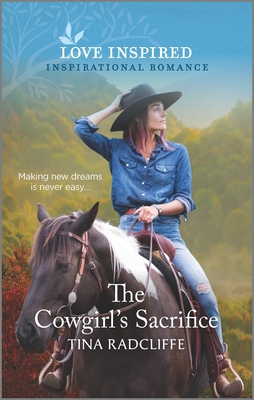 This cowgirl has wandered back home…

Will she choose her past or her future?

Needing time to heal after a rodeo injury, Kate Rainbolt heads to her family ranch to accept the foreman job her brothers offered her months ago.

But the position’s already been filled by her ex-boyfriend, Jess McNally, and the only open job reports to him.

With Jess as her temporary boss—and turning into something more—might he finally convince Kate to put down roots?

Kate Rainbolt’s gaze followed the man who entered Eagle Donuts. He moved past the tables of early morning customers with smooth, long-limbed confidence. A tall man, he wore a black barn coat, faded jeans and scuffed boots, not unlike dozens of other Oklahoma cowboys.

She was ready to dismiss him when something set off an internal warning, urging her to take a second glance. Kate tensed and stepped away from the counter, feigning interest in a display of coffee mugs. When the cowboy lifted his head and tipped back the brim of his hat to assess the inside of the shop, she saw his face, and her heart slammed against her chest.

She’d been back in Rebel for an hour, and naturally, she’d run into her former beau.

Usually, Kate kept her emotions hidden behind a mask of greasepaint and an outrageous, red felt cowboy hat. But she wasn’t a rodeo clown any longer, and it would take work to hide the emotions rocking her to the core. The last time she’d seen Jess was ten years ago, when she’d rejected his marriage proposal. It was unfortunate that time had only improved his good looks. Dark hair peeked out from beneath a black Stetson, and a scruffy five o’clock shadow emphasized the angles of his face.

Jess’s slate-gray eyes connected with hers, and she froze, chin down, her gaze going everywhere but back to the cowboy in front of her. She willed her pulse to slow before she dared to meet his gaze again.

Ten years. He should not have this effect on her after all that time.

“Hey, Jess.” She shoved her left hand in her coat pocket, ignoring the twinge in her casted arm and the pain that shot through her middle as she jostled her tender rib cage.

“So you’re visiting?” She prayed that his next words would be that he was leaving town soon. Regret wasn’t on her schedule today, and she lacked the mental stamina for a what-if game about whether or not she’d walked away from the best thing that had ever happened to her.

“Visiting? No.” He said the words slowly, paused and looked at her.

A shiver galloped down Kate’s arms.

“I guess Reece didn’t mention…” Jess ran a hand over his face.

“Reece?” Her second eldest big brother hadn’t said anything special when she’d called to let him know she was on her way from Tucson, only that it was about time. His mantra du jour.

Kate blinked and focused her attention on the tips of her hand-tooled Western boots while trying not to reveal how surprised she was. Because she was absolutely surprised. She’d been offered the position of ranch foreman at Christmas. Her brothers Reece and Mitch ran the popular guest ranch and had mentioned it to Kate at their brother Tucker’s wedding.

“Reece is expanding the cattle side. I’ll be supervising production and care of livestock and horses.”

“Yes. I know about the expansion,” she said. Though she worked to keep her voice neutral, anxiety had her gnawing on her lip.

There was another lengthy pause between them. Jess hesitated as if measuring his words. “Is my taking this job a problem?”

There was no way she’d answer a loaded question like that. She was going to be living at the ranch temporarily. Even short-term, that would be way too close to Jess McNally, the man who had somehow managed to steal her job right out from under her. Yes, there would definitely be problems. Several of them.

Tina Radcliffe has been dreaming and scribbling for years. Originally from Western NY, she left home for a tour of duty with the Army Security Agency stationed in Augsburg, Germany, and ended up in Tulsa, Oklahoma.  Her past careers include: Certified Oncology R.N. and library cataloger.  She recently moved from Denver, Colorado, to the Phoenix, Arizona area, where she writes heartwarming and fun inspirational romance. Find out more on her website.