Blogtour: Fire in the Ice by Ryan Taylor & Joshua Harwood

Title: Fire in the Ice

What if love threatened to destroy everything you’d worked for?

Hockey right winger Tyler Jensen isn’t thrilled to get the news he’s been traded to the Bethesda Barracudas. The team may be red-hot in the rankings, but there’s someone there he’d rather not have to see every day.

Defenseman Kevin Moore is one of the top-rated rookies in the country. He’s living the dream playing for the Barracudas—until he hears that his old high-school crush Tyler is joining the team. Ty was once everything Kev wanted, but their age difference got in the way. Tyler decided a three-year gap was too much and left Kevin behind.

In Bethesda, Tyler doesn’t take long to notice that Kevin has grown up into precisely the kind of man he can’t resist—brawny, brainy, and beautiful. Kev feels the pull too, and as the men become closer, they work hard to keep their budding relationship secret. Professional hockey may be welcoming gay players now, but Ty and Kev aren’t sure management would like the idea of two Barracudas taking teamwork to an entirely new level.

As the playoffs loom, news of their romance gets out. Ty and Kev, caught in a storm of controversy that threatens to destroy them, need a power play to save their careers. How will they find one before it’s too late?

Fire in the Ice delivers on the promise that second chances can work and dreams can come true. If you like exciting hockey, plenty of humor, a beautiful HEA, new adults, young athletes, and enough heat to burn down the house, this book is for you.

The fire alarm went off! I sat bolt upright, my heart pounding like a bass drum and the soaring panic making it hard to breathe. Just as I threw a leg over the side of the bed, I realized I didn’t know where the door was. Hell, I couldn’t even remember what city we were in. Sweat ran into my eyes, and I called for Thompson, my roommate. He didn’t answer. Had he run for safety and left me sleeping?

I finally came around enough to realize the noise wasn’t the fire alarm—it was the alarm on my phone. Thompson wasn’t there because we weren’t on a road trip. In fact, he and I weren’t even on the same team anymore. The Seattle Cohos had traded me, and I was a Bethesda-fuckin-Barracuda now. Woo-hoo! The fact that I had a terrible crush on one of my new teammates, who definitely did not return the feelings, made my new life a thrilling prospect. I wondered if there was any chance Kevin might change his mind and give me a chance. Doubtful, after what happened last fall.

It was way too early to get up, and I stretched my way through a big yawn. I’d flown to DC with Birky Ferrell, my teammate who had also been traded, and we didn’t get into town until about eleven the night before. That had only been eight p.m. Seattle time, so I didn’t fall asleep for hours. According to my phone, it was currently seven a.m. in Washington, and I was due in Bethesda by eight thirty. Time to get my ass out of bed and into the shower.

Lucky me, I had a whole new team to get to know. Too bad they’d played in Seattle only ten days earlier, and I’d gotten into it with one of their defensemen, Pierre Gagné. The rest of the game hadn’t exactly been friendly between the Barracudas and me, and I didn’t know what kind of reception to expect at Cuda Arena. I hoped they’d be in the mood to let bygones be bygones.

An hour later, Birky and I were in an Uber creeping its way through rush-hour traffic toward Bethesda. Bob Shuford, the head coach, wanted to see us before our first practice with the team. I studied Birky’s profile while he looked out the window. His craggy face was handsome, and he wore his brown hair in a crew cut. Birky was an enforcer, so he got into his share of brawls, and a few scars gave his face character.

He turned his attention away from the street. “You nervous?”

“We’ll be fine. They’re lucky to have us. You heard they made Johnson captain?”

“Yeah, I saw that last night.”

Birky shifted in his seat, so he could see me. “You know him, right? I’ve seen you two talking when the teams played each other.”

I smiled. “Nick is one of the nicest men you’ll ever meet. Best thing they could have done, making him captain. He was team captain in high school, and he’s a born leader.”

He cocked his head.

“Nick as captain is what we need, Birky. We’re Barracudas now.” 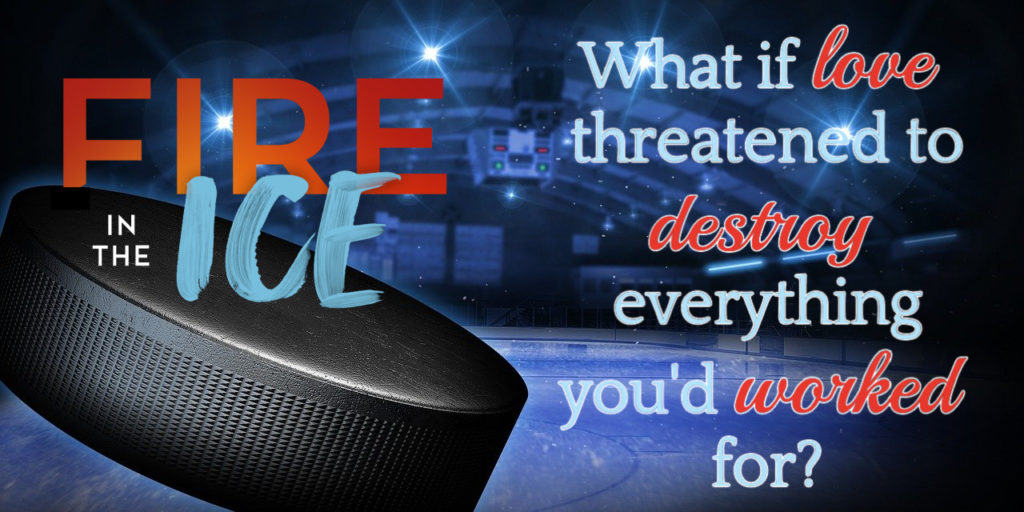 Come join us. It’s the best group of people anywhere on the internet.

We thought it would be fun to ask our Facebook group, Ryan & Josh’s Room, to submit questions for us to answer. They came up with a lot of interesting queries, and we hope you enjoy reading the answers. Please check out the group on Facebook (link provided). Thank you for considering reading our new book, Fire in the Ice.

Ryan: Writing the blurb, no question. It’s difficult, because you’ve written an entire novel, and now you have to tell just enough about it to hook people without giving too much away.

Josh: Yes, and the blurb is so important. Many readers make the decision to buy a book based on the blurb. You feel that if you don’t represent your story in an appealing way, it may not do well despite being a perfectly wonderful book.

Ryan: It’s quite difficult. You have to tell what the story is about without giving away any spoilers, but you also have to find a way to make people curious.

Josh: Not too long, not too short. Ugh.

Ryan: I think you probably get the idea. We hate writing blurbs.

Josh: It depends on the story. Most of our books tend to be set in the Washington, DC area because we know it well.

Ryan: Our characters travel quite a bit, and that’s always fun. We won’t write about a place we haven’t visited, so if we haven’t been to a location we want to include, we go there.

Josh: Fire in the Ice is about two professional hockey players, so of course their team travels a lot. It was fun choosing cities for their road trips that we knew and could write about believably.

Ryan: We’re both crazy about hockey. I think Josh is even more of a fan than I am, but I’m not far behind.

Josh: There has never been an openly gay active player in the NHL. We feel that’s going to change in the next year or two, and the fact that no current player is out does not mean none are gay. Certainly, there are some gay men playing professional hockey right now.

Ryan: In terms of research, we do quite a bit. Being a hockey fan is a far cry from being a hockey player. Fortunately, we know some guys who have played or are playing, and they are great resources.

Josh: Showing professional hockey as something gay people can do is enormously important to gay youth who love the game but wonder if they could ever go on and have a career.

Ryan: We’ve received several emails from young men who play hockey and are gay. They’ve read one or both of the other hockey books and talk about the hope and determination the stories have given them. They want to come out. They’re nervous, but they want to be part of the change that’s coming.

Ryan: Honestly, it’s the non-writing part of being an author. All the things you need to do to publicize your books, promote your brand, and keep the business of being an author going. Those are very time-consuming activities, and honestly, they’re not very enjoyable.

Josh: I agree completely, but I think the biggest reason we find them unenjoyable is because we’re so busy. We are writers, but Ryan is also a fulltime attorney, and I do a lot of other things too.

Ryan: Maybe—maybe—it’s a little easier for people who are fulltime authors, but all the admin stuff is still going to take time away from writing.

Josh: Write. When we feel blocked, we force ourselves to keep writing. A lot of the material may eventually be thrown out, but we’ve found that if we push on through, we can continue to make progress.

Ryan: Since there are two of us, the problem may be easier to deal with than it is for someone who writes alone. Still, as husbands who are co-authors, we feed off each other. If one of us feels blocked, chances are the other one does too.

Ryan: Our current editor, Anita, is an incredible person. She’s very good at what she does and has a manner that makes you want to do as she asks.

Josh: We trust her tremendously. Right away when we began working with her, we realized that she “gets” us and what we’re trying to do. If something she says doesn’t strike us quite right, we ask her to explain more.

Ryan: She’s very open to that, and once she tells us more about what she’s thinking, Josh and I almost always understand and go along. We’ve never had a cross word with her. She helps us be as good as we can be, and we love her for it.