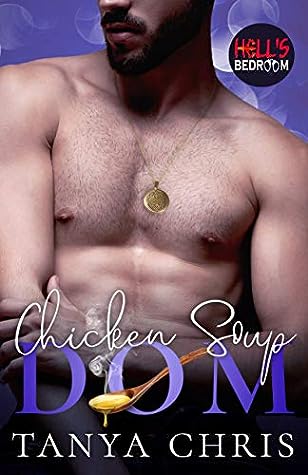 When Arlo boarded a bus to Philadelphia to turn himself over to a master he’d never met, he thought he was on his way home, that he would finally have both the sex he craved and an authority figure to care for him in a way his parents never had. But what he got was worse. Much, much worse. Now he’s been rescued, but where does that leave him?

Officer Cade Brixby immediately bonded with the young sub they rescued—a curly-haired, blue-eyed cherub who needs to be taught the right way to engage in power exchange. But not by him, and not until Arlo has had a chance to process his traumatic past. Brixby’s only taking care of Arlo for now, keeping him safe and making sure he eats. He has no business playing with the boy. Even if Arlo asks. A lot.

Professionally, Brixby is off the case. Or so he’s been told by his captain. But he and his band of vigilante kinksters won’t rest until every kidnapped sub has been found and the kidnappers brought to justice. Arlo might be able to provide them with some valuable information.

Content warning for disordered eating. The opening chapter details an abusive situation that may be disturbing to some readers.

I have mixed feelings about this book as I liked some parts very much and I felt uncomfortable while reading some others.

~ The plot
This is the second book in the series and it continues the arc of the previous one, while focusing on a new couple, so while you don't have to have read the first one to follow along, it's strongly advisable that you do.

The book starts with Arlo, who was held in a cage, being rescued. Throughout the story, we learn about Arlo's past and how he ended up in that situation. When he needs a place to stay, until the danger for him is over, Officer Cade Brixby steps up and offers to take him home and keep him safe.

~ The case
The mystery of finding the guy or the guys who kick started Arlo's ordeal was very interesting and captivating. The investigation, the undercover bits, the meetings in Cash's house, everything was nicely done and I was curious about what they would find at the end. The fact that the guy they were looking for was most likely someone they knew from the club they frequented, someone so close to home, made everything even more angsty. There was someone who had betrayed their community and they needed to find who it was.

The mystery and the action parts of the book were good, well, except for the conclusion that seemed pretty flat after all the build up, but that doesn't erase the fact that I enjoyed the previous bits.

~ The romance
I had a very big issue with Arlo and Cade being together, because of Arlo's emotional and mental state. In the majority of the book he was withdrawn and afraid that any small mistake would result in Cade asking him to leave. He didn't make decisions according to what he wanted, but according to what he thought Cade wanted.

Also, the way he thought and acted made me think he was even younger than he actually was. Or that he was constantly out of it. His thought process was very slow and overly simplified, like he was struggling to make sense of the world around him. I guess that could be true after what he went through before he got rescued, but that's just more proof that he wasn't ready for a relationship with Cade.

I didn't like them together and I didn't undestand them being together. I liked Cade as a character, but I would have liked him a lot more if he could hold off until Arlo was more stable mentally. He had that intention at the beginning, but somewhere along the line he got lost. Arlo was very young and very new to the scene, he didn't understand how everything worked and that he had power in the relationship, that he didn't have to follow along with everything Cade wanted, that he could make demands and set limits himself. That's a very dangerous situation even in vanilla relationships.

Thankfully, Arlo's real character started to show near the end. I was reading the chapters that were told from his POV and it was like a fog had been lifted from his mind and he could think again and be himself.

Another thing that bothered me was that he got rescued after months of captivity, and there was no mention of him talking to a mental health professional, he just went on to live with Cade and that was that.

On a positive note, there were many interesting side characters. Cash and Harrison were the couple from the first book, Sebastian and Tripp are going to be the main couple in the third book, an FBI agent from the West Coast, and a Domme with her sub who got involved in the investigation and ended up housing another victim. There's some drama and tention between those three and I look forward to finding out how that situation is going to play out.

To sum everything up, I liked the case and the mystery, but I was uncomfortable reading about Arlo and Cade's relationship.

I haven't read the first book yet, but I liked Cash and Harrison so much from their scenes here that I'll be sure to pick up their book.