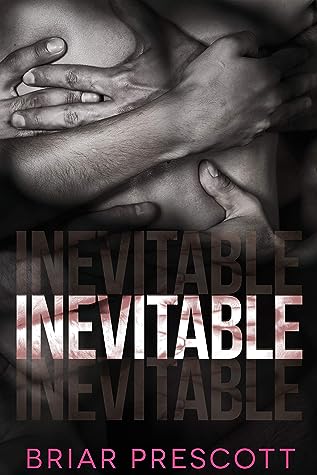 The three of us were never impossible. We were always inevitable.

When Drew meets Ezra, he doesn’t expect much. A one-night stand and a quick goodbye in the morning. That’s how these things usually go. Only there’s nothing usual about Ezra and the connection that forms between them.
When Ezra meets Drew, he doesn’t expect much. A distraction and parting as strangers after a night of meaningless fun. That’s how these things usually go. Only there’s nothing meaningless about Drew and the relentless spark between them that just refuses to disappear.
When Bas meets Ezra… things get complicated. As if being hopelessly in love with his best friend isn't painful enough. Throw in an unexpected friendship that develops with the one-time hookup of said best friend, and the results are messy at best.
But sometimes beautiful things emerge from messy and complicated beginnings, and where two isn't enough, three might be just perfect.

I don't usually read menage stories because I have some very particular standards about what the tropes and the relationships between the MCs should be like for it to work for me. But, every one in a while a blurb catches my interest and I decide to take a chance.

When I read the blurb for Inevitable, all those things were there, but, even so, this story was a surprise for me. From the first couple of chapters it pulled me in and I couldn't put the book down.

Drew, Bas and Ezra fitted together almost instantly, but they had a few issues to overcome before they could be together. So this isn't insta-love, extra points! It actually takes place in the span of about six months and I love it when the timeline is spread out in a book!

The fact that Bas was ace was a nice surprise and it made the story more emotional, as he was battling with himself about his importance in the relationship.

I liked the way Briar Prescott portrayed him. He was very self aware and in sync with himself. He was comfortable with who he was, he knew what he liked and what he didn't like, what worked and what didn't. At the same time though, he was extremely insecure and afraid of being in a relationship with Drew and Ezra because of his sexual identity.

Some parts of the book were full of relationship angst and some others were light-hearted and funny. The three of them took their time becoming friends, learning one another and progressing gradually. There was a great deal of communication going on, but there were also fights and awkward moments.

As much as I liked the story as a whole, there were a couple of things that bothered me. For one, at some points the story almost felt like it was primarily about Ezra and then about Drew and Bas. It wasn't a big issue here because it didn't feel that way all the time and it wasn't particularly obvious, but I still got that impression at times and it frustrated me. That's one of the reasons I'm very particular about the menage books I read. Actually, that and when the relationship between two of the people involved seem more important or intimate that the rest, but that didn't happen here - hence my enjoyment of the book.

Another thing that bothered me, is that none of them appear to have much of a social circle. There is Drew's family and his boss, but that's about it. Other characters are mentioned, mainly family, but they don't appear on page - except from a brief scene with a professor -, and none of them seem to have any friends, aside from each other. It's a pet peeve of mine when the MCs seem to exist in a bubble.

The good things though outweighed the bad by far. It's a trope that I don't like easily, but this time it hit the mark with remarkable accuracy. I don't think that's the last I'll read from this author.