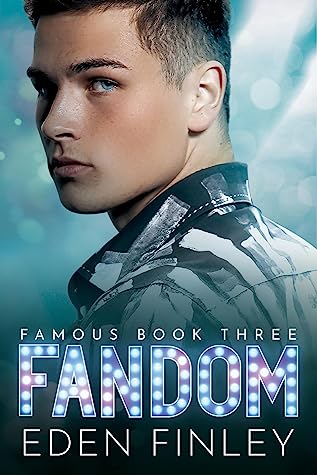 Everyone remembers the night the boy band Eleven broke up. Hearts shattered around the world, including my own.

I made a mistake, and I’ve been avoiding bandmate Mason Nash ever since.

At first it was hard, but eighteen months ago, he made it easier by leaving Hollywood and disappearing.

When Eleven reunion talks start, I’m against it completely. I could really do with the publicity, but I don’t want to face Mason again. I’m sure he won’t want to see me either.

I don’t miss LA or anyone in it. Not even the guys from Eleven.

So, when they turn up on my doorstep talking about reunions, the last thing I want to do is hear them out.

I hold strong too. Until my eyes land on Denver Smith.

Two and a half years ago, he ghosted me, and I still don’t know why.

I want answers—I miss him—but I don’t want to let him back into my life if there’s a chance he’ll walk away again.

I was looking forward to Mason and Denver's story ever since I realised they would get one together and their book didn't disappoint.

Harley is still trying to get Eleven back together and he's doing it one member at the time. Here is the first time we see all five of them.

Mason and Denver were always a little bit closer than they were with the rest of the band, but they figured it was just friendship. Until Denver started to realize there was more to his feelings for his best friend and he made a move that resulted in him being embarrassed and Mason feeling abandoned.

When they see each other again, they have some past regrets to get over in order to reconnect and some new realizations to process before they can put that awkward moment behind and be as close as they once were.

The title of the book is in reference to a show that Denver is participating in as a judge. It's a fitting title because it plays a big part in the plot and in bringing Denver and Mason together again. Denver sees it as his last chance to save his solo career and so he goes along with every whim the production has. Some of these whims result in Mason feeling comfortable in front of a camera lens again.

Being back home for eighteen months and having regular access to homecooked food from his mom while deciding to let his hair and beard do their thing, has changed Mason's appearance in a way that makes him unrecognisable at first glance. That was part of the appeal of his new look for him, he could hide in plain sight.

I liked how Mason gaining weight was presented in the book. It wasn't something to be "fixed" and Denver wasn't put off by his different appearance. I liked that Mason was comfortable in his new body and didn't want to go back to super skinny, that it wasn't required of him to go back in order to join "Eleven" again, that Denver was as much attracted to this Mason as he was to the old one. Mason was a character with a real body, he started working out to reach a stage he was the most comfortable in and that was it. He had a belly and he was happy with it, Denver was more than happy with it too.

Harley, Brix, Riley and Lyric are side characters and we also get to know Blake for the first time along with his love interest. I'll admit I was super excited once I realized they were going to get a story of their own! As usual, I can't wait!

Get the book:
Amazon
Thanks for stopping by! Happy reading!