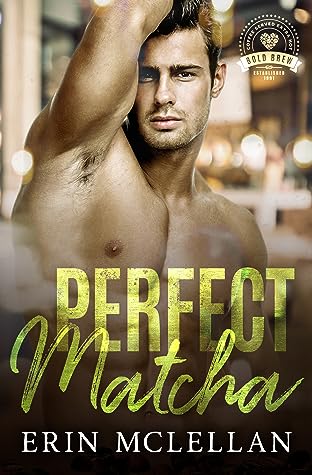 After years of focusing on his career, Theodore Punch is tired of being alone. But landing a good man isn’t easy. When Theo needs a date for an ex-boyfriend’s wedding, he knows just the solution—a matchmaker. And there’s no better matchmaker than his social butterfly best friend, Camden Ray.

There’s only one problem: Camden has been in love with Theo for half their lives but doesn’t have the guts to come clean. Camden will do anything to make Theo happy, even if it hurts, and he already has a match for Theo in mind—his boss, the handsome owner of the local adult novelty shop.

Now there’s another problem: Theo has zero experience with toys. Luckily, Camden is only a phone call away and more than happy to walk Theo through naughty gadget lessons. Spicy phone calls, a dash of role play, and a load of pesky emotions brew between them. It’s not the match either of them intended but could be the perfect solution to all their problems, if their friendship can survive the infusion of feelings.

The third book in the "Bold Brew" series is a sweet friends-to-lovers romance.

Theodore is a shy, introverted guy that rarely meets and connects with new people. He's been focused on his career all his life and now that he feels he's in a good enough place in that aspect he decides that it's time to look after his personal life. His only serious ex's upcoming wedding is a big motivation too.

Camden is his best friend since they were kids and, socially, he's basically the exact opposite. He makes friends everywhere he goes, knows everyone and he isn't affraid to try new things and explore as much as possible. He dropped out of college, he has worked many odd jobs to make a living and he's in love with his best friend for years but affaid to do anything about it. He cares about Theodore so much, though, that he offers to set him up with a great guy in order to finally see him happy.

This book is essentially a big experiment for Theodore and a big heartache for Camden, who goes along with everything his friend wants. The way Camden folded everytime was far too easy and I would have liked them both to be more apprehensive to cross the friendship line. It seemed too effortless how they moved from close friends to fuck buddies and it didn't really go along with how Theodore's character was presented or with how much Camden was affraid to make a move for years in case it destroyed their friendship.

Hawke was a nice side character and Theodore's prospective date. He was interesting and good natured, understanding and very intuitive. I'd love a story about him but I didn't see his name in any of the other books' blurbs.

All in all, this book had little-to-no angst, it was pretty light and enjoyable. I basically flew through it, it was so easy and pleasant to read.